Jefferson County detectives on the hunt for hit and run suspect

From The Trussville Tribune staff report

BIRMINGHAM – Jefferson County detectives need help identifying a female suspect wanted in connection with a hit and run that occurred on Oct. 14, 2019. 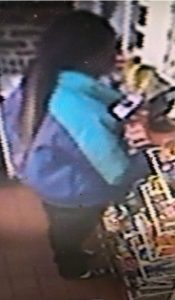 The incident happened at approximately 2:15 p.m. at a Marathon gas station in the 1000 block of Forestdale Blvd. A witness described the suspect as a black female, 20-30 years of age, of average height and weight.

The vehicle that she was driving is described as a newer model gray Dodge Charger with yellow pads on the front bumper. A front passenger in this vehicle is described as wearing a bonnet.

According to Crime Stoppers, “Detectives believe that the driver of this vehicle became angered following a discussion she had inside the station with a clerk, the victim. Detectives obtained surveillance video they believe indicates the following: As the suspect left the store, she swept merchandise off the shelf and across the store. Shortly thereafter the clerk exited the store and walked toward the pictured vehicle as the suspect entered it on the driver’s side. As the clerk approached the front of the vehicle it moved forward, struck him, then left. As a result, the victim sustained injuries.” 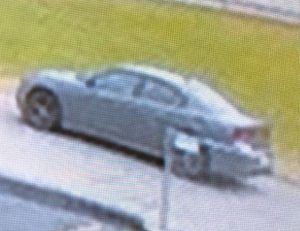 If you have information you are asked to call Crime Stoppers of Metro Alabama at (205) 254-7777. You will remain anonymous and could be eligible for a cash reward.