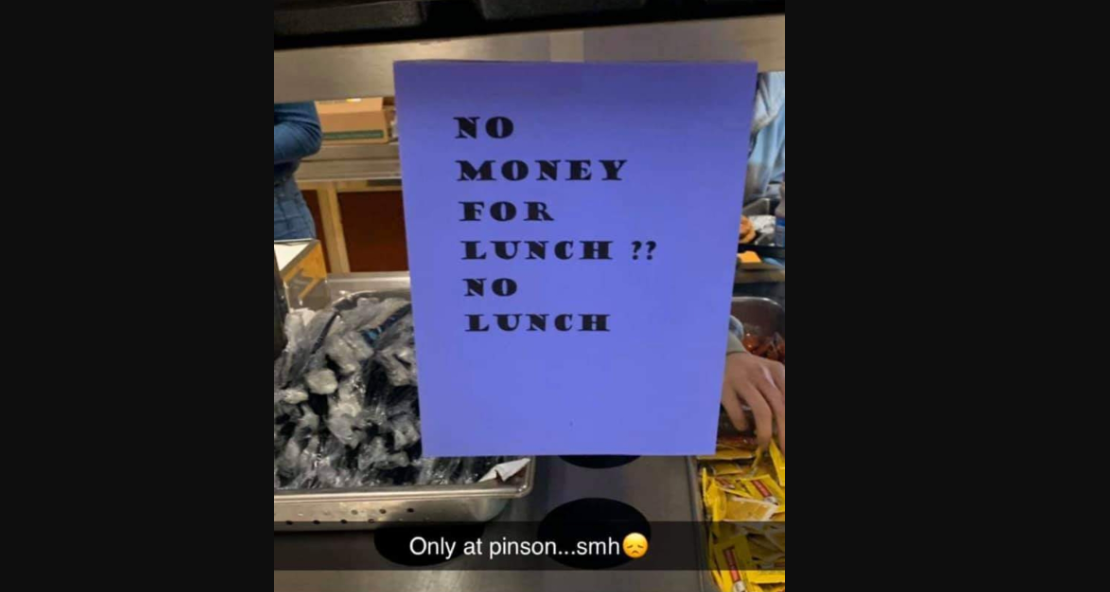 PINSON — The principal of Pinson Valley High School is working to clear up rumors after receiving social media backlash over a sign posted in the school’s cafeteria.

According to Principal Michael Turner, the Child and Nutrition Program Manager posted a sign that said, “NO MONEY FOR LUNCH?? NO LUNCH.”

“The sign is not an accurate depiction of what our policy is for students who intend on charging for lunch because they don’t have the money or the funds,” said Turner. 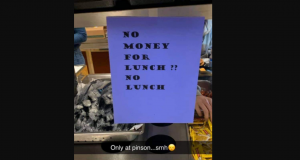 “I couldn’t tell you how many times I’ve reached into my own billfold and paid for a student’s lunch,” said Turner. “There has not been a single student who wanted a lunch or a breakfast, for that matter, to go hungry.”

Turner said he personally removed the sign as soon as he found out it was posted in the lunchroom.

“I hate that the sign was even posted but that’s not an accurate depiction,” he said. “I do want parents to know there are civic organizations and the city council and the mayor’s office has set aside money for these types of situations.”

The school sent a message to parents to clear up any misconceptions concerning lunches at Pinson Valley High School.