LATEST NEWS
Home Local News Amid a season of hardship, Hewitt-Trussville can only press on with trip to Tuscaloosa County 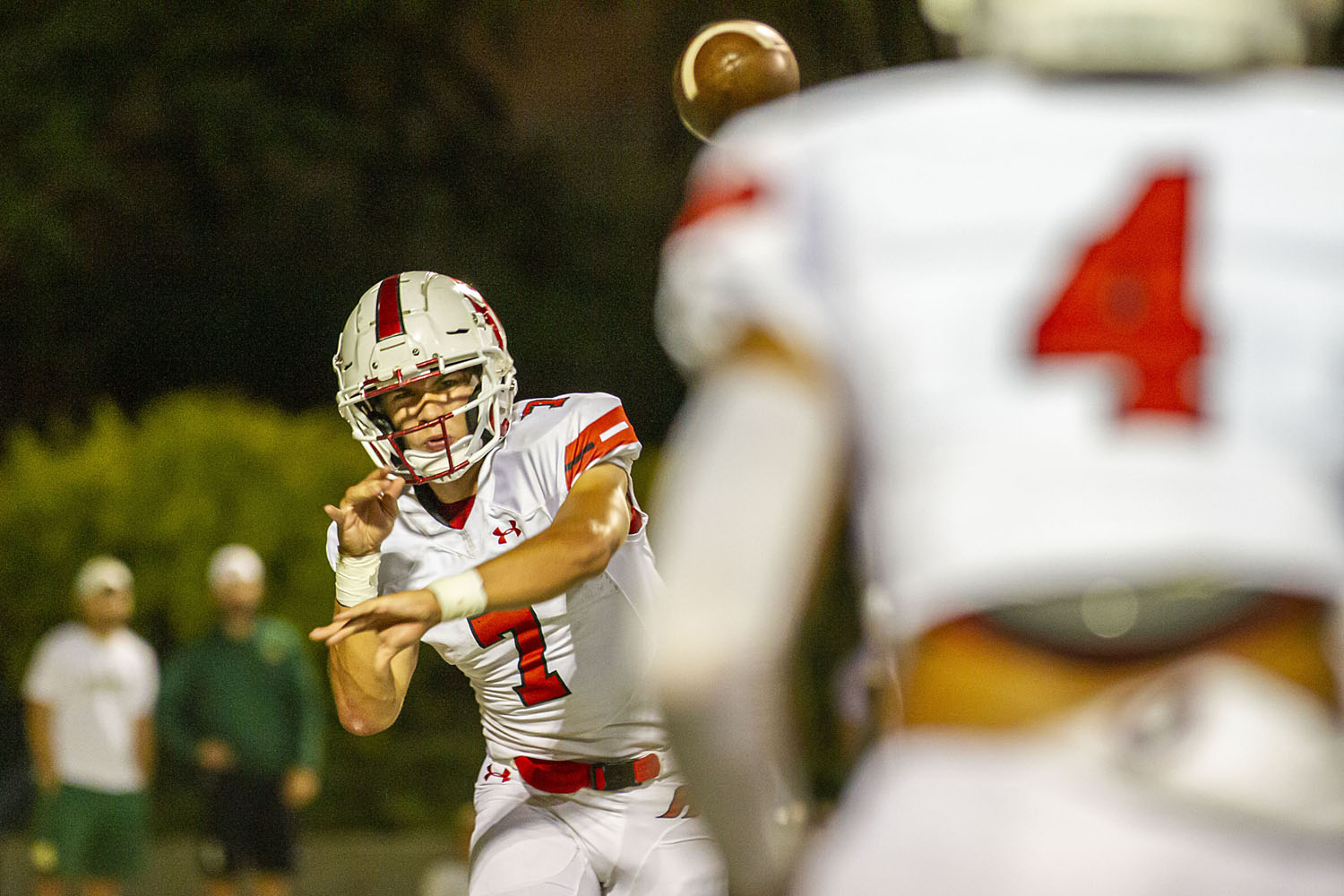 Amid a season of hardship, Hewitt-Trussville can only press on with trip to Tuscaloosa County

TRUSSVILLE — The body blows continued to land against Hewitt-Trussville this past Friday as the Huskies took a gut punch following a last-second game-winning successful two-point conversion by Mountain Brook that squashed any hope of a return to the playoffs.

Despite a defensive performance that could best be described as outstanding, the Huskies succumbed to the current of a season that has delivered untimely injuries to crucial positions, bad luck and several gut-wrenching losses in final moments of games.

After starting the season 3-0 and riding high as one of the top teams in the state, Hewitt-Trussville’s season began to slip once the second half started in the Hoover game on Sept. 13. Since jumping out to a two-touchdown lead against the Buccaneers, the Huskies have gone 1-4 and have slipped to 4-4, 1-4 in Class 7A, Region 3.

As their free-fall continues, the Huskies can only watch as Mountain Brook, Thompson, Vestavia Hills and Hoover continue their ascensions through the region.

Yet as shocking as this past Friday’s loss was, Hewitt-Trussville’s season marches on as the Huskies now travel to face winless Tuscaloosa County. The Wildcats appear to be the perfect punching bag for a Hewitt-Trussville team longing to release some frustration. Tuscaloosa County allows 40 points per game and has given up less than 20 points in all but one game this season (14, in a loss to Demopolis to begin the season).

Since region play started, the Wildcats have faced the likes of Mountain Brook, Vestavia Hills, Thompson and Hoover. In those games, Mountain Brook was the only team to score less than 40 points (31).

In Tuscaloosa’s most recent outing against Oak Mountain, the Wildcats allowed quarterback Evan Smith to rush for 180 yards with two touchdowns in a 53-32 loss. The Wildcats managed to keep the game knotted at 32-all with less than eight minutes to go in the game, but turnovers would ultimately spell their doom — Oak Mountain recovered a fumble with less than five minutes remaining, and an interception by Chase Schwender with two minutes to go sealed the deal.

Tuscaloosa County will have its hands full going up against a Hewitt-Trussville defense that was led by linebacker Michael Edwards (8 tackles, 2 tackles for a loss, 1 blocked field goal) in the loss to Mountain Brook. Against a Spartan team that is just one of two undefeated teams in Region 3, the Huskies allowed only 282 yards of total offense (150 yards rushing, 132 yards receiving).

In region play, the Huskies have allowed 119 points, which is fifth best.