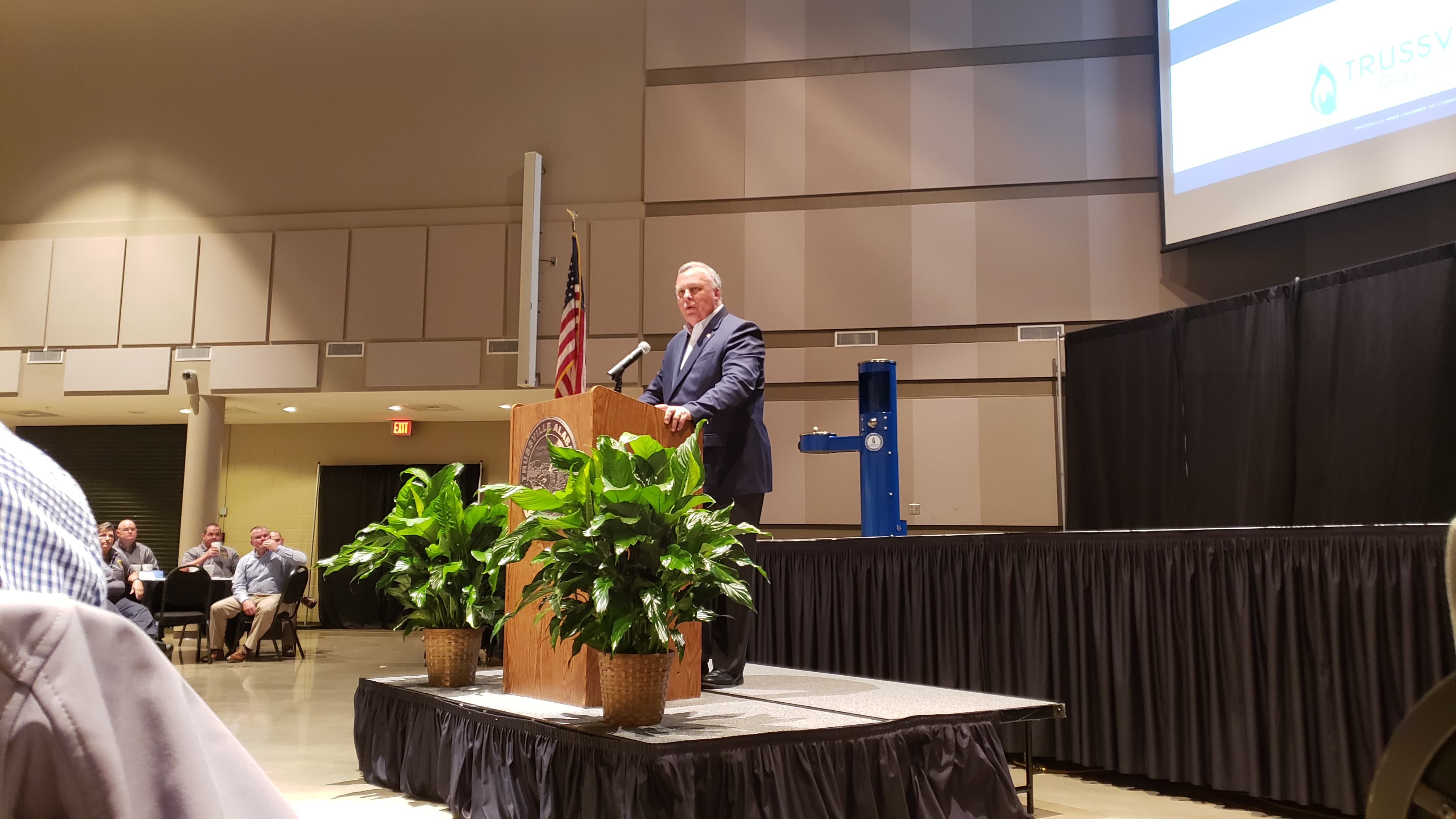 TRUSSVILLE – The Trussville Area Chamber of Commerce’s October luncheon was held on Thursday, Oct. 17, 2019, in the auditorium of the Trussville Civic Center. Mayor Buddy Choat gave his state-of-the city address at the luncheon. 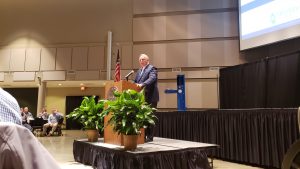 Choat said one of the biggest accomplishments of the year was the completion of the Valley Road extension.

“That was over seven years in the making,” said Choat. “It was a project we worked on when I was on the council and it finally got completed this year.”

The mayor said he is happy to see a growing amount of people using Valley Road to get to the Pinnacle Shopping Center and to Chalkville Mountain Road.

He also revealed the results of a recent citizen survey. He said the results will help formulate a plan for the city, going forward.

“We are coming to you, we are getting to you as soon as we can,” said Choat. “I know that’s a work in progress and I appreciate those who have sent me information on areas of concern.”

Choat said he hopes the city will continue to live by his campaign push, the three p’s, which are preserve, protect and plan.

Also on the mind of city leaders, Trussville’s 2040 Vision. Over 200 people have participated in making a long-term plan for the city, since 2018. A committee was also formed to create the vision of what residents want to see in 20 years. After several meetings, Choat said the committee formulated a vision statement and a mission statement.

The vision statement is, “A thriving small-town, maintained through controlled growth while offering amenities that attract the best.” The Mission statement is, “To create a community where individuals live, learn, grow, work and play in order to have a higher quality of life.”

After the committee studied other cities in the state of Alabama to form a plan of action, it decided the city of Auburn was the one Trussville could relate to the most.

“Where they were and where we are as a city was a good fit,” said Choat. “Auburn had a lot of things that they went through back in the early 2000s to get where they are now.”

The committee used the city’s success as a template for Trussville. Choat said a big part of the plan involves education and job training.

“One thing that hurts Alabama and particularly Birmingham is workforce and business people. A lot of times there’s just not enough people to fill the jobs,” said Choat.

Choat hopes to recruit businesses by investing in young people within the city. The mayor also wants to create an economic development position for the city.

“They have not only the skills to recruit the industrial or the business or the retail, but they have a vision of a plan,” said Choat.

Another big part of the 2040 plan involves transportation in and around the city.

Mayor Choat also said the committee recognized the need to address the arts in Trussville. He hopes a small performing arts center or a cultural arts center could be in the city’s future. Choat said he envisions a venue attracting people to the city.

Choat said in addition to upgrades for the city, the committee found it was important to focus on creating an emergency preparedness plan.

Choat thanked those who were involved in the 2040 plan.

In closing, the mayor showed renderings of what the corner of the old Braden’s Furniture store could look like. Design on the area includes parking and new sidewalks.