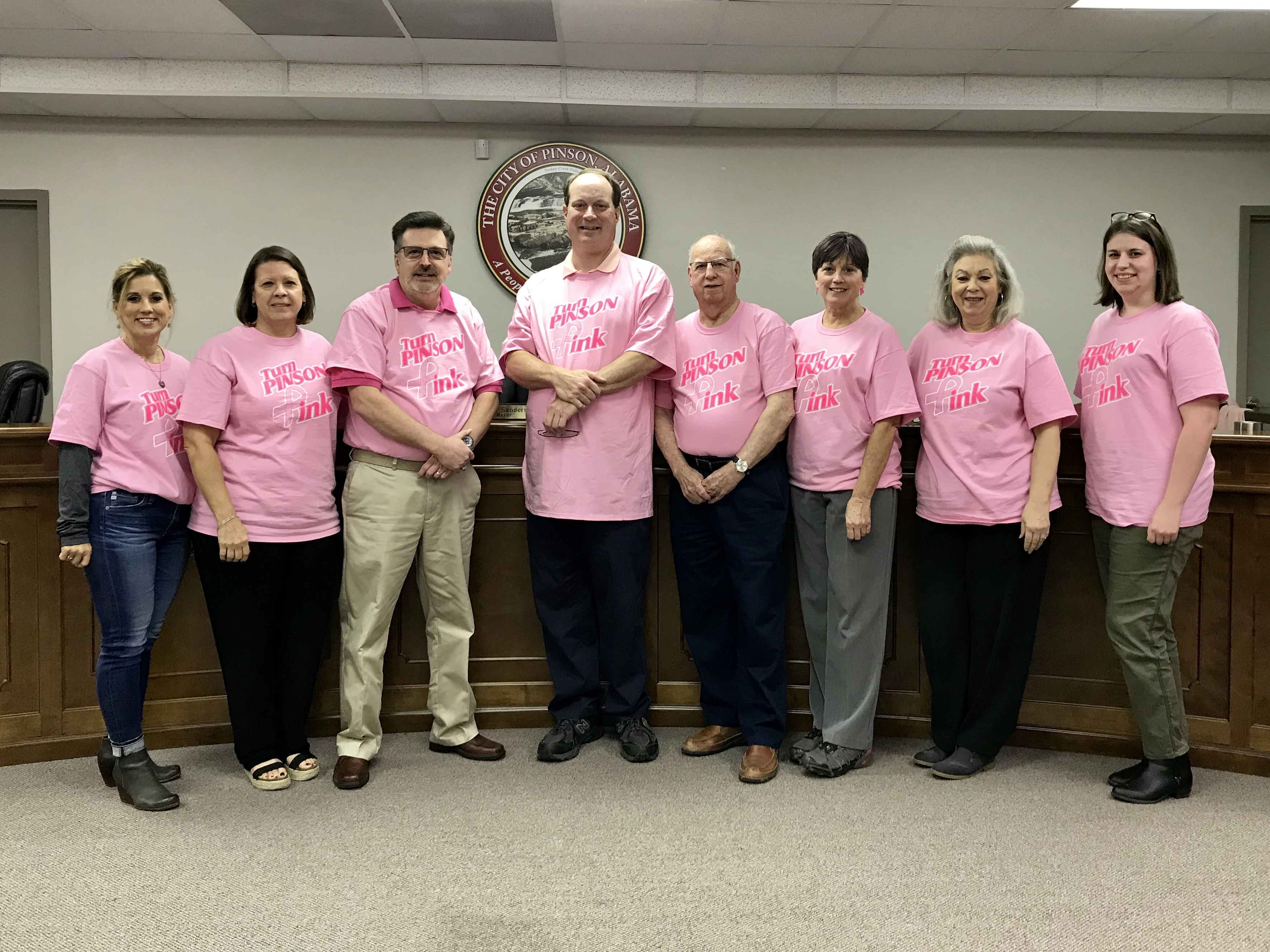 PINSON — The Pinson City Council approved a total of $12,000 for Pinson Valley High School athletes Thursday night at the council’s regular meeting. The council appropriated $10,500 for the PVHS baseball team and $1,500 for the Special Olympics team.

According to Councilor Dawn Tanner, the baseball team needs a total of around $16,500 to purchase new uniforms and new backstop netting. The team has raised $5,000, with plans to put it toward the net, which costs $5,500, Tanner said. The team asked the city to help with the purchase of new uniforms.

“We’ve got two requests from the high school, from baseball and Special Olympics,” Tanner said. “They (baseball) haven’t ordered uniforms in, it’s been more than six years. With that, they’re asking help for $10,500 on two jerseys and a pair of pants (per team member).

“Then, the Special Olympics, we’ve helped them the last two, maybe three years. We’ve got such athletes that they are able to travel around the state, go to Montgomery, and they need help. They do have a fundraiser that they do every home football game where they sell popsicles; so they do try and make some money, but they’re asking for $1,500.”

Councilor Robbie Roberts suggested that the funds for the baseball team be divided: $5,500 to fully fund the backstop net, and $5,000 toward the cost of uniforms, rather than putting the entire $10,500 toward uniforms.

Mayor Hoyt Sanders said that he would notate that on the form so that the checks could be written appropriately.

Tanner also addressed the council in regards to a Lego model table and trophy display case for city hall.

“Everyone knows we have these wonderful Lego models,” she said. “I think the mayor tried to find something to encase them in, but because they’re unusual shapes and all that, he’s had to get in touch with Alabama Correctional (Industries), who did the dais and everything, and they are making us an odd-shaped table for the City Hall model … and then, they are making us a trophy case that will go in the alcove (at city hall) for all our wonderful trophies that our youth have been winning. They are going to build both of those, and they are going to work on getting us Plexiglas to cover them.” 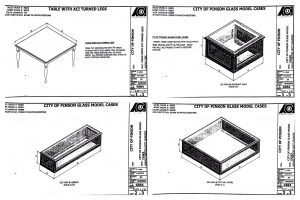 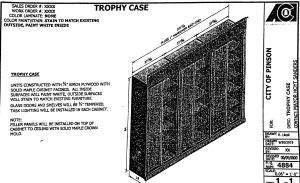 The mayor said that there is not a properly sized table commercially available that he has been able to find. Tanner said the quote for the table is $1,027 and the trophy case quote is $5,522. She proceeded to make a motion for a total of $6,549 to pay for these items. The motion passed unanimously by the council.

Mayor Sanders requested permission from the council to repair or replace, if necessary, the bucket on the city’s bucket truck.

“We have a bucket truck, bought it several years ago; the bucket has begun to fail,” Sanders said. “Our best estimate is probably $3,000 to repair or replace the bucket. So, I would seek your permission to go ahead and get that repair going in advance, of course, of the Christmas decoration season.”

The council unanimously passed a motion authorizing the mayor to begin the repair process.

The resolution states that “the City of Pinson recognizes that our freedom is not free, and that many members of our military have proudly served our nation, some returning to dedicate themselves to their families and community, some bearing the scars of battle, and some having paid the ultimate price of their lives that we might live in a land of liberty … Three Hots and a Cot is the Wreaths Across America sponsor in the Pinson area and will assist in the laying of wreaths on the 2,000 veterans’ graves located at Jefferson Memorial Gardens in Trussville, including the five Killed in Action graves from recent wars … The City of Pinson supports this noble cause, and encourages our citizens and our businesses to contribute to this endeavor as an act of respect and appreciation of our military men and women.”

In a previous Pinson council meeting, the council discusses Alabama Power’s plans to upgrade outdoor lighting in municipalities to LED lights. Thursday night, the council passed Resolution 19-37, directing the mayor to execute a service agreement with Alabama Power for upgrading the lights in the city of Pinson.

“We talked about this and approved some modifications to the lighting around town,” Councilor Roberts said. “The power company, they’re going to switch everything to LED, which would save us a little bit of money and be more environmentally friendly, and in some cases even a little bit brighter.”

There is a clause in the resolution authorizing Mayor Sanders to execute any further agreements that come in from Alabama Power in relation to the lighting upgrades.

“Our monthly savings for this group is $184 a month,” Sanders said. “We have other groups that will be coming through like the ones at the park, the street lights and others, but these are our freestanding lights … this will include the Rock School and a lot of lights that I guess you can say we’ve inherited over the years … the Innsbrooke sidewalk and some others we have up there are also in this list. So, hopefully it will be a little brighter and at a savings as we undertake this.”

Councilor Joy McCain announced that the city’s Veteran’s Day program would take place on Nov. 11, 2019, at the Rock School Center auditorium. Olive Garden will be catering the event and the Kool Kats Band will be performing.