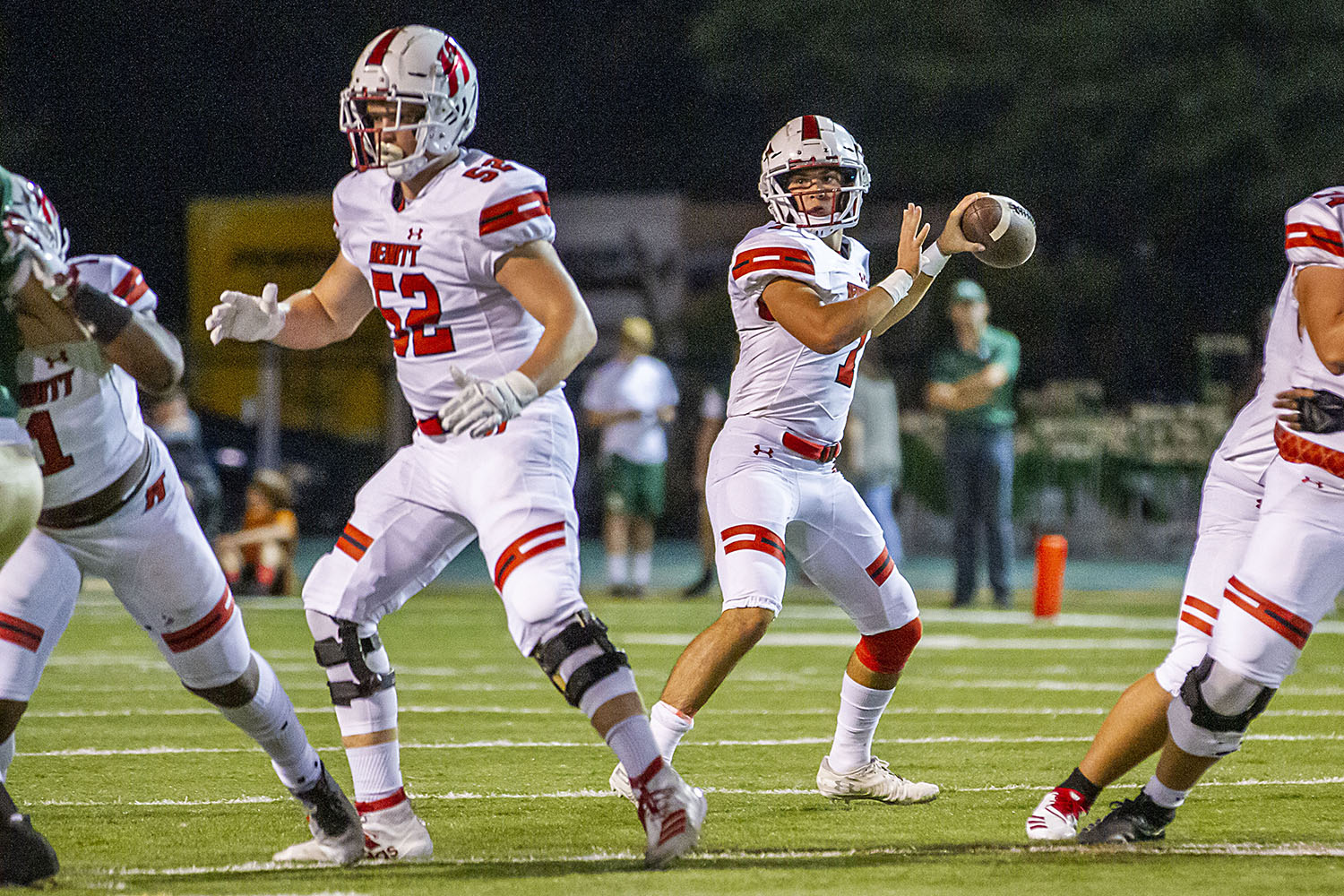 Hewitt-Trussville rides arm of Holland to hold off Tuscaloosa County, 24-21

NORTHPORT — Hewitt-Trussville halted a two-game skid on Friday after fending off Tuscaloosa County, 24-21.

The Huskies led 24-7 through three quarters, but the Wildcats mounted a furious rally behind a Damien Taylor rushing touchdown and a 13-yard touchdown pass from Connor White to Christian Davis. Tuscaloosa County had an opportunity for the victory, but a White pass from the 14-yard line was intercepted by Malachi Moore in the endzone with five seconds remaining in the game to seal the win for the Huskies.

Hewitt-Trussville quarterback Jackson Holland had a game for the ages. The junior completed 14 consecutive passed throughout the first three quarters. He finished the night 19-of-21 for 266 yards with one touchdown.

The Huskies, 5-4, 2-5 in Class 7A, Region 3, next host region power Thompson to conclude the regular season.