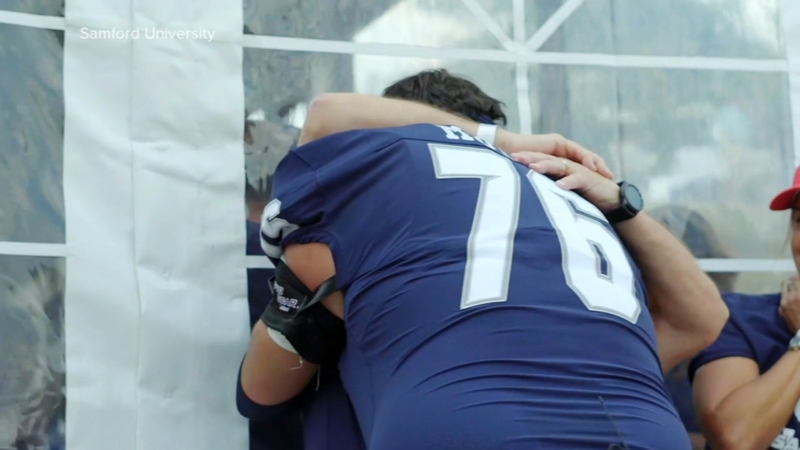 BIRMINGHAM – A Samford University football player honored the man who had raised him since the second grade by changing his last name, which a video released by the university on October 7 captured.

George Grimwade, a Samford offensive lineman, officially changed his name to George Grimwade-Musto on September 26 to honor Michael Musto, the man who had raised him since childhood.

He unveiled the name change on his jersey during Samford’s Family Weekend.

“I love you so much and you really do mean the world to me,” Grimwade-Musto said to his stepfather as the two embraced. “Without you I don’t know who I am, nor would I know where I’m at,” Grimwade-Musto says in the video to his parents. “I’m really happy I get to carry on that last name for you. And I hope I treat it well. Thank you.”

You can watch the video below.

For one 🐶, Family Weekend meant just a bit more.#AllForSAMford🐶🐾 pic.twitter.com/urRXQAEF6V