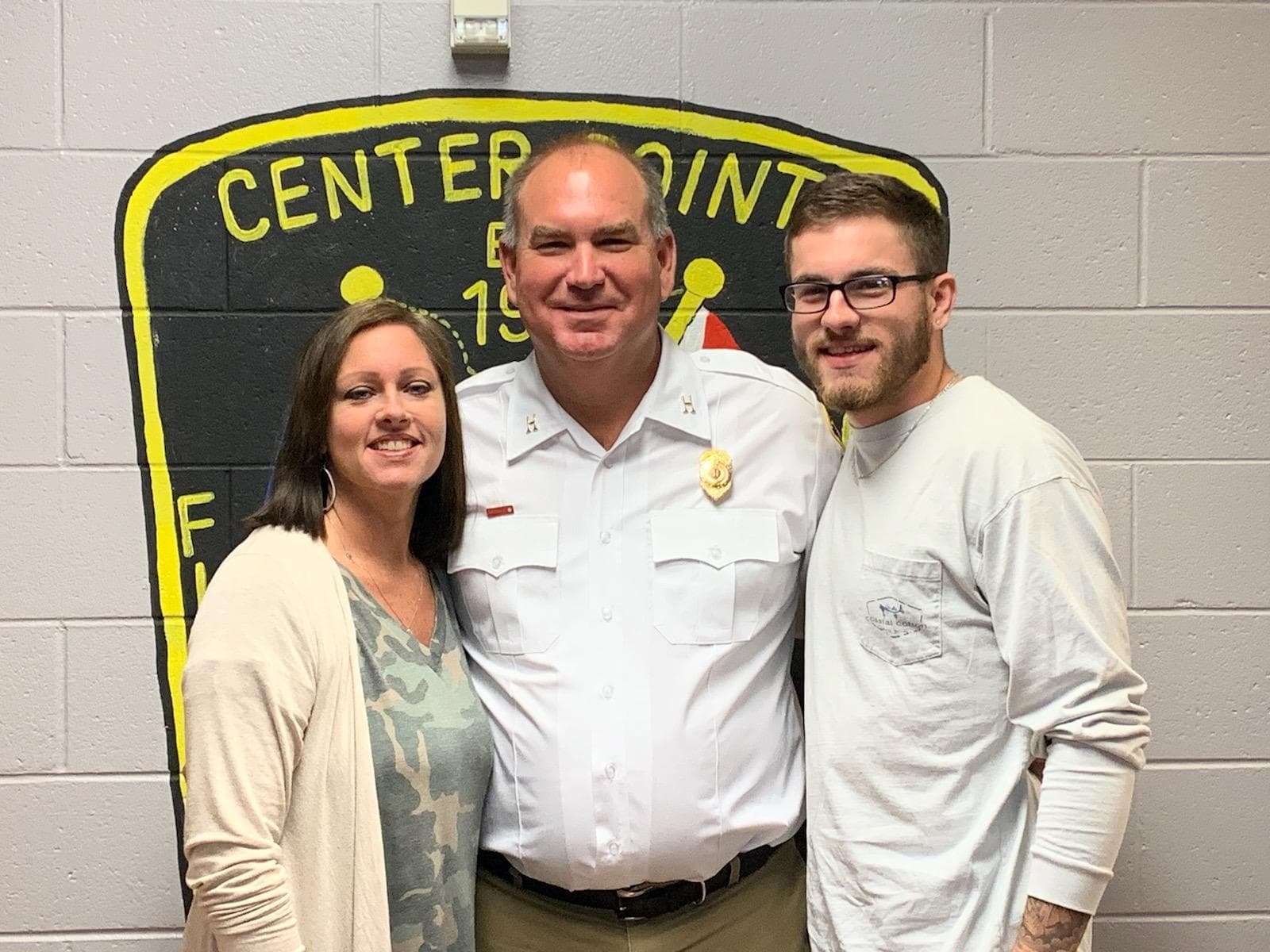 CENTER POINT — A retired Center Point Fire District employee, who has never stopped working for the department, was recently promoted to Captain.

Cpt. Chris Horn retired in March of 2018, after 28 years with the department. Since retiring, Horn has worked as a post-retirement employee.

“I love this place and I don’t want to leave,” said Horn. “I’m here just about every day and I don’t mind doing that; I enjoy it.”

While Horn has been handling logistics, events, community relations, fire training and more, Chief Gene Coleman has been planning a surprise. During the October meeting for the Center Point Fire District, Coleman promoted Horn to Captain.

“I’m very honored,” said Horn. “I was very surprised. My family was in another room and I didn’t know they were coming. It was a good moment.” 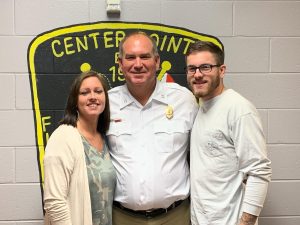 According to Coleman, the title was years in the making.

“Chris has been involved since he was a high school student,” said Coleman. “He worked in our dispatch center then moved to the fire truck.”

Coleman said Horn gained valuable experience early on in his career, which made him successful.

“He was mentored by one of our previous captains, Cpt. Patterson. That helped develop a lot of the skills that he has now,” said Coleman.

Horn is known for his commitment to the community and his drive to make good things happen.

“He’s multi-talented,” said Coleman. “He can make a phone call and make things happen, he can pick up a hammer, he can still be a firefighter. Overall, Chris cares about people.”

Horn said that drive is something he’s always had.

“It’s driven into me by my mom, who is no longer with us,” explained Horn. “She was always planning parties and she’s the only woman I know who could just walk through the front door of the Governor’s Mansion and nobody asked any questions.”

Horn’s mother, Sammie ♥ Horn, planned balls and other events for the governor. She was also very involved in the Center Point Community. Horn said between the influences from his mother and his love for his community, he never questions doing all he can to get involved.

During the surprise promotion ceremony, Horn’s youngest son, Peyton, pinned him. That is something Horn said he will never forget.