SPRINGVILLE — The Springville City Council met Monday night for its second regular meeting of October. After a short work session, the meeting began with a series of hearings related to potential zoning amendments.

The first public hearing was for a new alcohol license for La Cabanita restaurant on Main Street. The location has served as a Mexican restaurant for many years but the new license became necessary when one of the previous owners officially retired. There was no objection from the community and the license was approved.

The second hearing was for Ordinance 2019-23, which addresses tiny homes within the city limits. This proposal was brought forth in the Oct. 7 meeting. The ordinance establishes locations for potential tiny homes in the A-1, R-3, and R-6 zoning districts, which would allow tiny homes to be built, subject to approval, on agricultural lots and on lots designated for residential mobile home use. The ordinance also defines the meaning of tiny homes as the term relates to zoning. The measure was approved without opposition.

The final hearing was for Ordinance 2019-24, a request to rezone the Clements/Bagley property on U.S. Hwy 11 from agricultural to industrial. After a discussion of flood plain issues from the owners of neighboring properties, the request was denied by a vote of 5-2.

The council approved the appointment of Dean Goforth to the Planning and Zoning Commission to fill the term vacated by Allen Crawford. Goforth will serve in that position until July 2023. 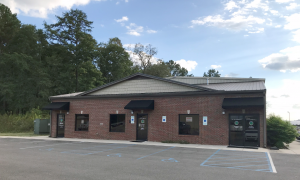 The council also approved the purchase of new vehicle cameras for the Springville Police Department. The purchase agreement, with the NJPA purchasing cooperative, was approved.

Library Director Jamie Twente addressed the council in relation to the $20,000 Library Services and Technology Act (LSTA) grant discussed in the Oct. 7 meeting. The city applies for the LSTA grant annually but received a larger grant this year, in part, because of the economic needs of students and lower test scores in math and science. The federal funds reimburse $20,000 and match with $5,000 of local funding for a total of $25,000.

“Secondary science and math scores were low, especially among children receiving free and reduced lunches,” explained Twente. The grant will allow students with financial need, and students who are homebound, to have access to equipment to assist in learning.

The council approved a state aid book purchase for $1,734.64 and the following purchases for the LSTA funds: