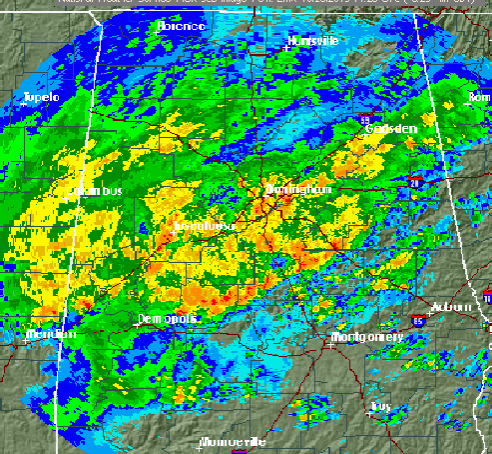 Rain settles in for a wet weekend

TRUSSVILLE — Rain has moved into the local area, which will make for a wet Friday morning commute. Go ahead and get accustom to the wet stuff as it will be with us through most of the weekend, according to the National Weather Service in Birmingham.