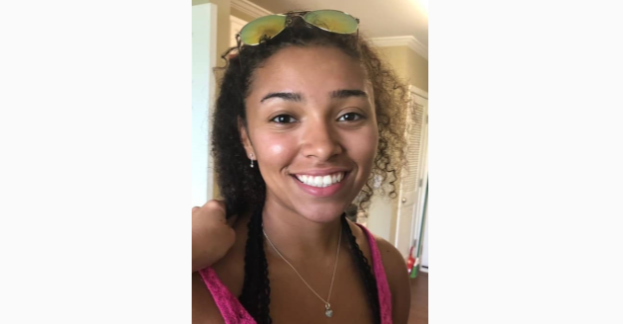 AUBURN — The Auburn Police Division released a video on Monday as part of a joint investigation with the Montgomery Police Department. The video captures 19-year-old Aniah Haley Blanchard making a purchase at a convenience store located on South College Street, on Wednesday, Oct. 23, just prior to her vehicle being observed traveling southbound on South College Street.

Blanchard was reported missing to Auburn Police on Thursday, Oct. 24. She last communicated with a friend on Wednesday night, Oct. 23, just before midnight. She is described as a light-complexioned black female, 5 feet 6 inches tall, and weighs 125 lbs. with brown eyes and brown hair. She was last seen wearing a black dress and tan duck boots with black stockings.

Her vehicle was found at an apartment complex in the 6100 block of Boardwalk Boulevard in Montgomery. The SUV had sustained considerable damage.

“While the vehicle has been recovered, Blanchard has not been located,” police said. “The investigation continues regarding her disappearance.”

An inspection of the SUV revealed that damage had occurred from the time it was last seen on Wednesday, Oct. 23, just before midnight in Auburn and its recovery in Montgomery on Oct. 25.

Anyone having information regarding the whereabouts of the vehicle between Oct. 23 and 25, or witnessed an accident or other collision involving this vehicle, is urged to contact the Auburn Police Division Detective Section at 334-501-3140 or the anonymous tip line at 334-246-1391.