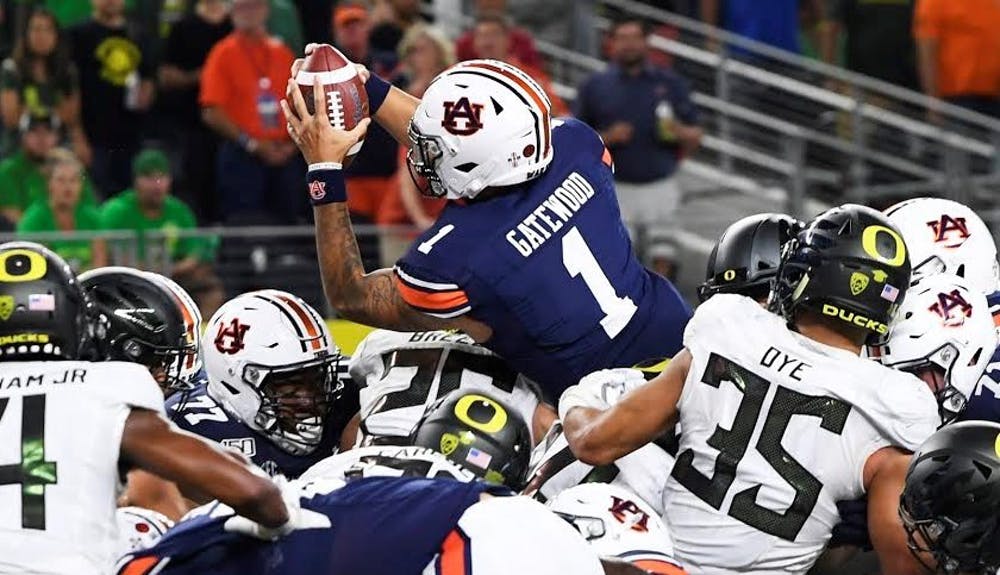 According to a report from AL.com’s Giana Han and Matt Zenitz, Gatewood met with Auburn coach Gus Malzahn on Tuesday to discuss his future.

The conversation with Malzahn followed yet another lackluster performance from the Tigers’ offense. Gatewood has been relegated to a “package” quarterback role following current starting quarterback Bo Nix’s rise to starter in the preseason. Gatewood, a former four-star recruit from Bartram Trail High School in Jacksonville, Florida, committed to Auburn as a high school sophomore.

Nix struggled in losses at LSU and Florida. In those game, he combined to hit 41.9% of his passes and threw two touchdown with four interceptions.

Gatewood has played in seven games this season. Against LSU, Gatewood saw his role diminish with just one carry for 2 yards. Throughout this season, Gatewood is just 5-for-7 for 54 yards with two touchdowns. He also has 29 rushing attempts for 148 yards with three touchdowns.

Currently, Gatewood’s plan is to finish out the semester at Auburn while weighing his transfer options.

Cord Sandberg is expected to serve as Nix’s backup.