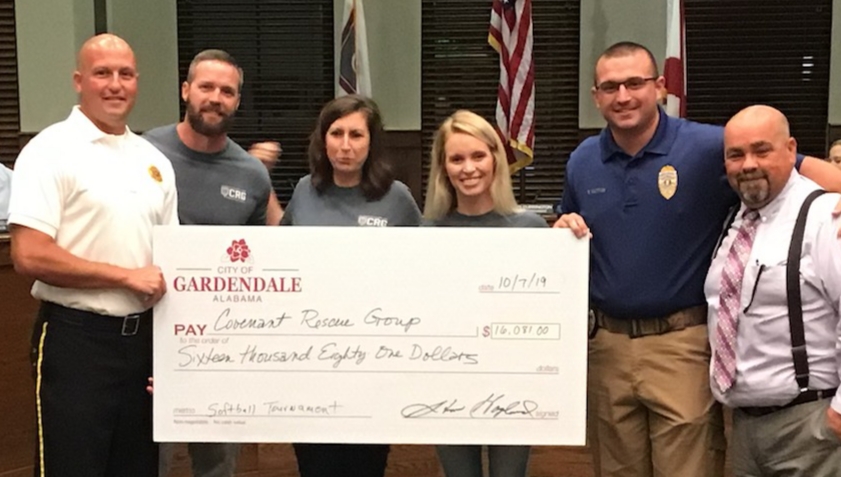 BIRMINGHAM – The annual North Jefferson Charity Softball Tournament raised $16,081 at this year’s event for the Covenant Rescue Group, which was formed to generate resources and direct them strategically in the fight against human trafficking.

The tournament began in 2015 after Gardendale Fire and Rescue sergeant Shendarrius Perdue and Gardendale Police Department sergeant Brad Cotton introduced an inter-departmental softball tournament between the fire and police departments along with the public works and recreational department.

The winners would advance into a championship game.

“We knew this event would be a lot of fun for a good cause,” Cotton said in a press release. “This year, we raised funds for Covenant Rescue Group. They are a group that exists to equip those going in harm’s way to defend the vulnerable who can’t defend themselves, including human trafficking. Covenant Rescue Group seeks to be able to provide the necessary resources to ensure that these men and women receive exactly what they need to defend those that they have been tasked to defend. The community obviously believes in what we are doing.” 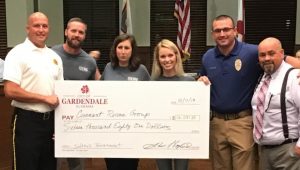 The tournament continued to grow over the years. In 2018, the event expanded to include area cities. At this year’s tournament, the Jefferson County Sheriff’s Office, along with officials of Adamsville, Gardendale, Kimberly and Trussville all participated.

“I’ve said before that our cities and county are blessed with employees who care,” Gardendale Mayor Stan Hogeland said. “The idea of developing a charity tournament into an annual event where our city and county employees volunteer their time to benefit a worthy cause fits perfectly into our culture of volunteerism and community involvement.”