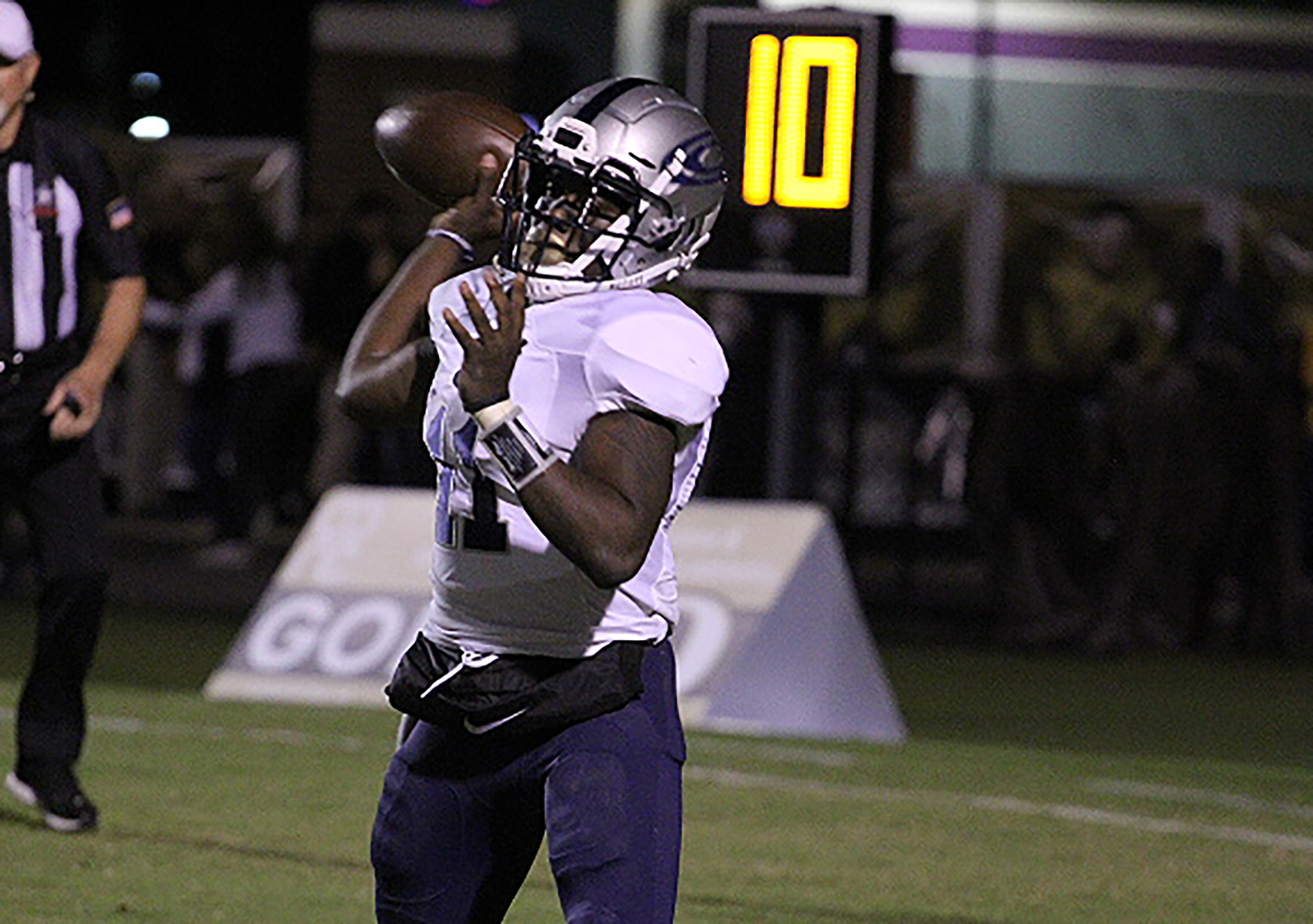 GADSDEN — On a cold night in Gadsden, Alabama, Clay-Chalkville closed the book on the 2019 regular season with a 31-21 win over Gadsden City.

The first quarter was a defensive battle with both teams swapping punts and neither offense able to move the ball with much consistency. Save for a 40-yard pass from quarterback Damione Ward to Tyler Hicks, little to no offense was to be found on both sides.

“I thought we were sloppy. We came out, we didn’t start fast at all,” Clay-Chalkville head coach Drew Gilmer said of his team’s performance.

In the second quarter, Gadsden City drove the ball down to the 12-yard line, and on second and goal, DeMarcus Macon found Jakari Embry for a touchdown pass to put the Titans up, 7-0. The Cougars would answer on a 2-yard run by Ward moments later on second and goal with 2:26 left in the half to tie the game at 7. Yet just moments later, the Titans responded as Macon once again found Embry, this time for a 72-yard touchdown, putting Gadsden City up 14-7.

“We’ve got to get a lot better if we want to make a run in the (upcoming) playoffs,” Gilmer said.

The Cougars managed to get inside the Titans’ red zone with five seconds left in the half but they were only able to put up three points on a Jaren Van Winkle 25-yard field goal to close the gap to 14-10 heading into the locker room.

In the third quarter, the Cougar defense did not let Gadsden City’s offense move past the 50-yard line. In addition, Clay-Chalkville’s offense came alive in the second half. The Cougar’s first score of the third quarter came on a Lazarius Hinkle 25-yard touchdown run, which gave the Cougars their first lead of the night at 17-14. After the defense held Gadsden City to a punt, Clay-Chalkville drove down the field, and once again, Ward called his own number and scored from 2 yards out, putting the visiting Cougars up 24-14.

The Titans mounted a comeback in the fourth quarter with 7:13 left to play after Macon launched a 56-yard touchdown pass to an open Jaquan Woods, which narrowed the Clay-Chalkville lead to 24-21. On the ensuing drive, Clay-Chalkville dug itself into a fourth and long situation, but was ultimately saved by a defensive pass interference call that set the Cougars up on the Titan’s 9-yard line.

Ward then scrambled for his third touchdown of the night to seal the deal for the Cougars, 31-21.

The Cougars next travel to face Helena in the first round of the playoffs on Nov. 8.

“They’re a great ball team,” Gilmer said of Helena. “We’re going to have our work cut out for us. They’re very well coached. They play hard. They do a great job, so it’s going to be a tough one for us.”