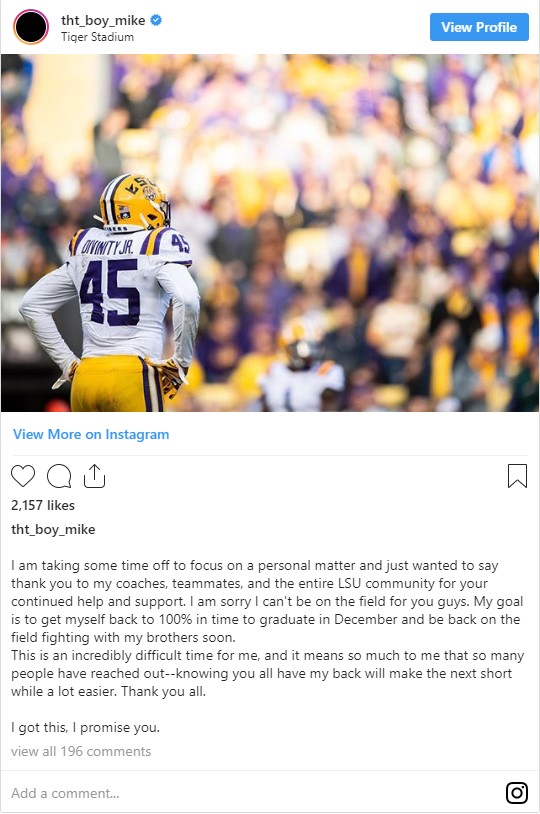 The announcement on Monday of Divinity’s departure comes just six days before the No. 1 Tigers travel to second-ranked Alabama on Saturday in a clash of unbeaten teams with College Football Playoff implications.

While Divinity tied for the team lead in sacks in 2018, he has played a reduced role this season because of the return of top edge pass rusher K’Lavon Chaisson and the emergence of Jacob Phillips and Patrick Queen at inside linebacker spots. Divinity also has missed three games.

Divinity had three sacks and a forced fumble in the five games he has played this season.

Orgeron says LSU “should be fine” because Chaisson takes the majority of snaps at the position Divinity also plays, and the coach expressed confidence in backups Andre Anthony and Ray Thornton.

Orgeron also says he won’t “close the door” on the possibility of Divinity returning this season.