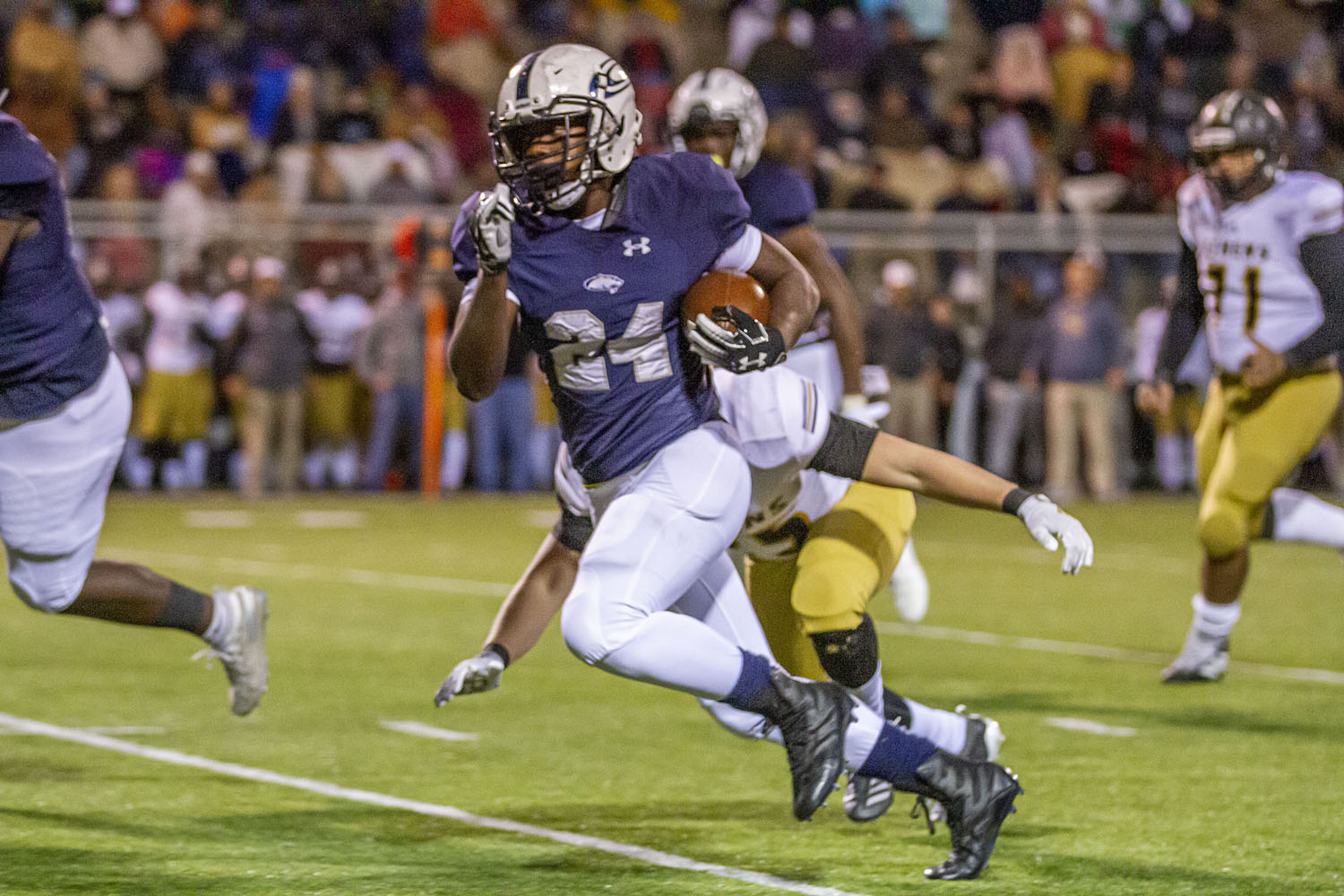 CLAY — It was another cold night, another dominant defensive performance and another playoff round in the books for Clay-Chalkville as the Cougars defeated Athens, 35-7, in the second round of the AHSAA Class 6A state playoffs.

“I thought (our defense) played great,” Clay-Chalkville head coach Drew Gilmer said. “It’s just that we made a few mistakes and gave up a couple of big plays and had some personnel issues getting guys on and off the field. We’ve got to clean that up. But other than that, I thought they played really well.” 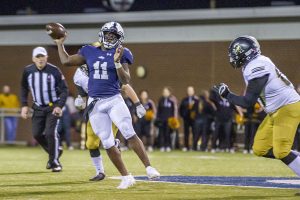 The Cougars built off of the shut-out performance from last week in Helena and imposed their will on the Athens offense. However, unlike last week, the Cougars’ offense would find the end zone in the first quarter. With 4:58 left in the period, Damione Ward punched it in from 3-yards out to put the Cougars up 7-0.

In the second quarter, Ward scored yet again, this time on a 7-yard scamper on second and goal, which gave Clay-Chalkville a 14-0 lead over Athens. The Cougars would take that lead into the half.

Both teams opened the second half with no offensive momentum. With four minutes remaining in the third quarter, the Cougars managed to break through after Ward rushed for his third touchdown of the evening. Clay-Chalkville now led 21-0. Ward rushed for 89 yards and three touchdowns on the night.

“(DJ Ward) has done a great job,” Gilmer said. “He’s just very consistent. He’s a great leader for us. He did a great job tonight controlling our offense, using the clock and running the ball. We’ve got to throw the ball a little bit better, but he did a phenomenal job. I thought our offensive line played really well. I also thought (Lazarius) Hinkle ran the ball extraordinarily.”

Clay-Chalkville extended its lead late in the third after a Kolby Harris interception set the Cougars up at the Athens 26-yard line. With 1:25 left in the third, Ward gave the ball to Hinkle from 5 yards out to extend the Cougars’ lead to 28-0. Hinkle rushed for 128 yards and two touchdowns.

The Cougar defense held Athens to just 56 yards rushing and 202 total yards. Athens turned the ball over five times on the night.

Athens would strike soon thereafter to close out the third quarter on a 32-yard touchdown pass from quarterback Jordan Scott to Braden Gross, 28-7.

The Cougars would place the bow on the game five minutes into the fourth quarter on a Hinkle 5-yard touchdown run that was set up by a Kere Thomas interception.

“We can’t take plays off. We can’t be lax. We can’t make stupid mistakes,” Gilmer said, as Clay-Chalkville enters the quarterfinals with a rematch over Oxford.