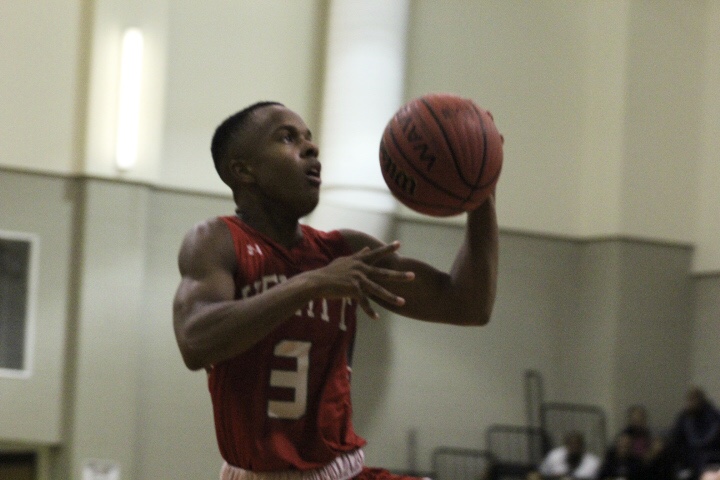 TRUSSVILLE — The Hewitt-Trussville girls’ basketball team kept the rally cap stored away on Thursday as the Huskies took command of Center Point from the onset and cruised to a 59-32 victory to move to 2-0 on the season.

In what was the first home game of the season for the Huskies, Hewitt-Trussville scored 21 points in the opening quarter and took a 39-12 lead into halftime behind Amiya Payne’s 13 first half points. The Huskies hit six 3-pointers in the first half.

Payne scored 20 points on the night.

Jordan Hunter finished with seven points with two 3-pointers to her credit. Erica Jones and Amir Brown each scored six points in the win.

Hewitt-Trussville Boys’ Basketball Moves to 2-0 on the Season

The Hewitt-Trussville boys’ basketball team returned home on Thursday and defeated Center Point, 66-40, to remain undefeated on the season (2-0).

Unlike their opening season blowout victory over McAdory, the Huskies had trouble pulling away from the Eagles in the first half. Hewitt-Trussville would head into halftime leading by six points, 25-19.

The Huskies clicked into gear in the second half as they outscored Center Point 16-8 in the third quarter and would cruise to the victory from there.

In all, eight Huskies would score on the night. Cameron Glover led the way with 12 points. Tyler Pocket followed behind with 12 points. Cole Trest scored 11 points, seven of which came in the fourth quarter.