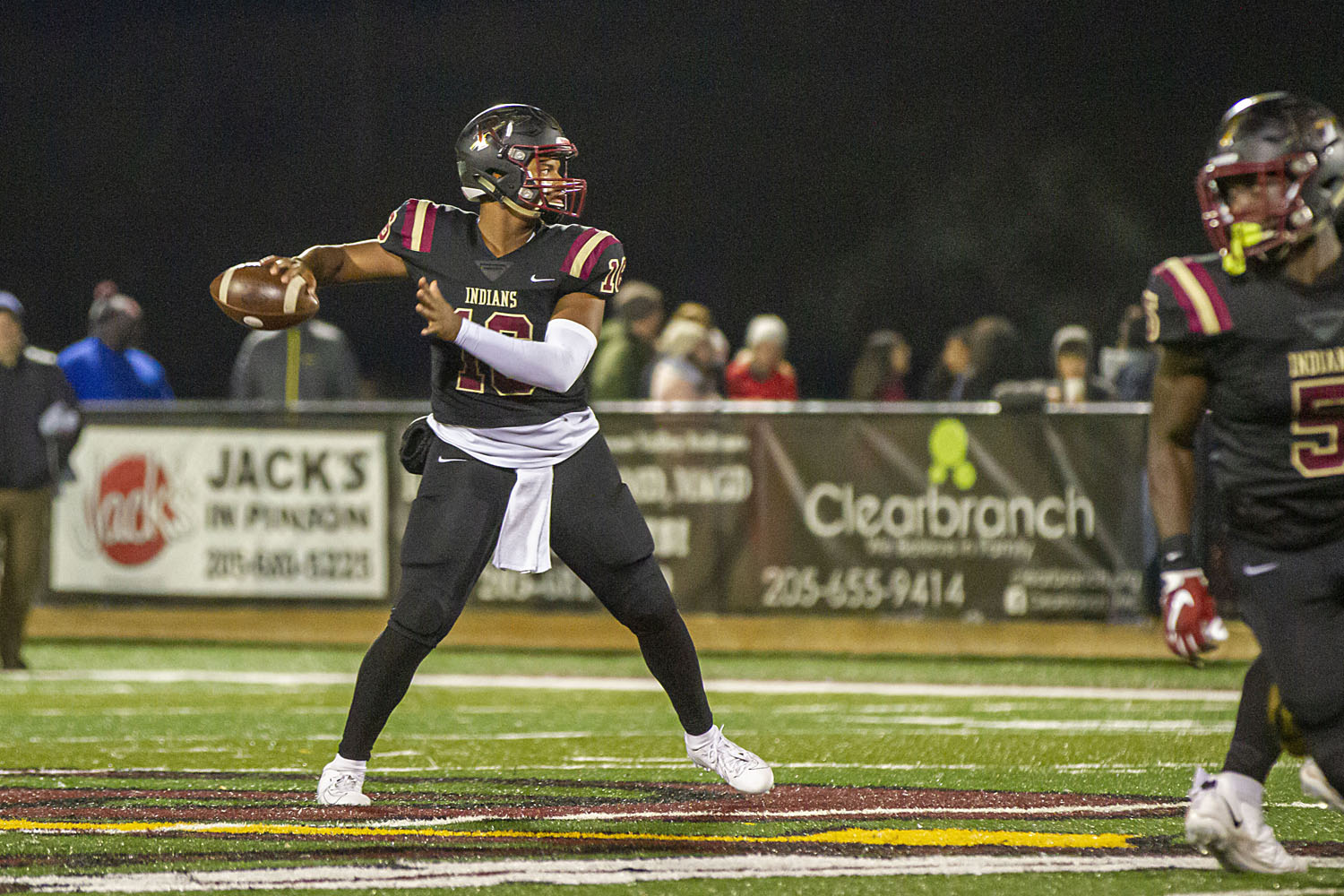 The game started off sluggish for Pinson Valley. The Indians’ offense had little trouble moving down the field, but they were unable to capitalize in the redzone. They were forced to settle for a pair of Chris Soto field goals. Later in the quarter, a 4-yard touchdown pass from White to Ga’Quincy McKinstry increased the Indians’ lead to 13-0. From there, the offense rolled.

Defensively, Pinson Valley continued to be an immovable object. Save for a field goal in the first quarter, the Indians would not allow Fort Payne to score until the fourth quarter. On the night, the Indians held the Wildcats to just 189 yards of total offense and forced four turnovers.

“I thought we played a very complete game, few little break downs,” Pinson Valley head coach Patrick Nix said. “We get to play again, we get to play next week.”