LATEST NEWS
Home Metro/State/Nation Georgia edges past Alabama to No. 4 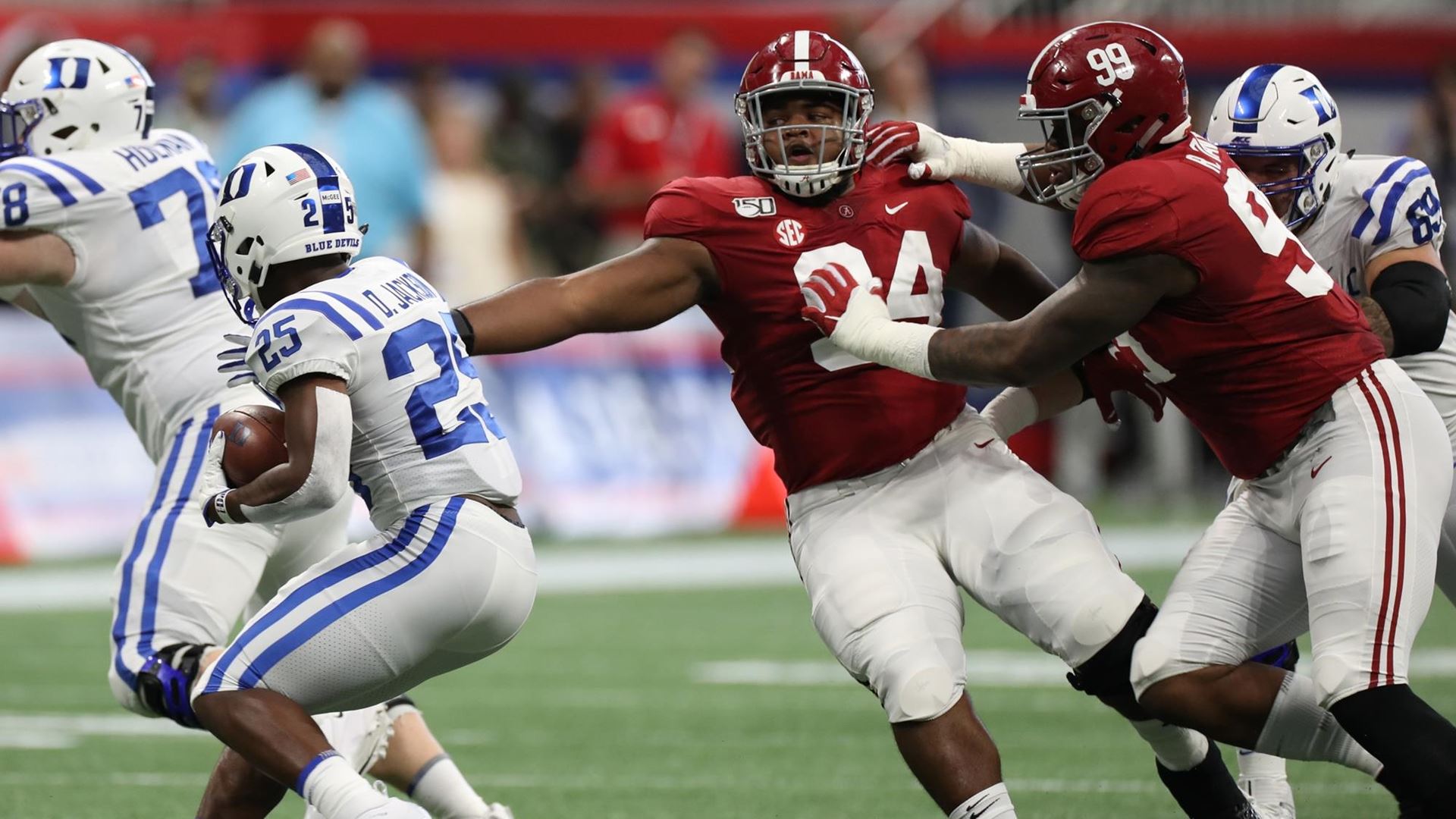 Georgia edges past Alabama to No. 4

Georgia edged past Alabama to No. 4 in The Associated Press college football poll after the Bulldogs had a quality road victory and the Crimson Tide lost star quarterback Tua Tagovailoa for the season.

The Crimson Tide beat Mississippi State 38-7 on Saturday, but Tagovailoa dislocated his right hip while being tackled late in the second quarter and is done for the year. Alabama fell a spot to fifth.

Minnesota and Baylor both lost for the first time and dropped in the rankings. The 11th-ranked Gophers slipped four spots after losing at Iowa. No. 13 Baylor dropped one after blowing a 28-3 lead at home to Oklahoma.

Iowa jumped four to No. 19 and Oklahoma moved up two spots to No. 8.

There is more separation at the top of college football this season than last. At this point in 2018, the AP Top 25 had:

The latest poll has:

Breakdown of the streak:

— No. 23 Appalachian State moved into the rankings for the second time this season.

— No. 24 Texas A&M returned to the Top 25. The Aggies started the season in No. 12, but losses to Clemson, Auburn and Alabama dropped them out. A&M has won four straight.

— No. 25 Virginia Tech is ranked for the first time this season. It has been quite a bounce-back for the Hokies, who suffered their worst home loss in decades against Duke in September but have won five of six since.

— Navy was bounced after being routed at Notre Dame.

— Texas fell out of the rankings again after a last-second loss to Iowa State.

— Indiana lasted one week in the rankings after a 25-year absence. The Hoosiers lost at Penn State.

No. 9 Penn State at No. 2 Ohio State. The Buckeyes have been rolling, but they still have their heaviest lifting to do.

No. 24 Texas A&M at No. 4 Georgia. The Aggies are positioned to complicate things in the SEC, with the Bulldogs this week and LSU next.