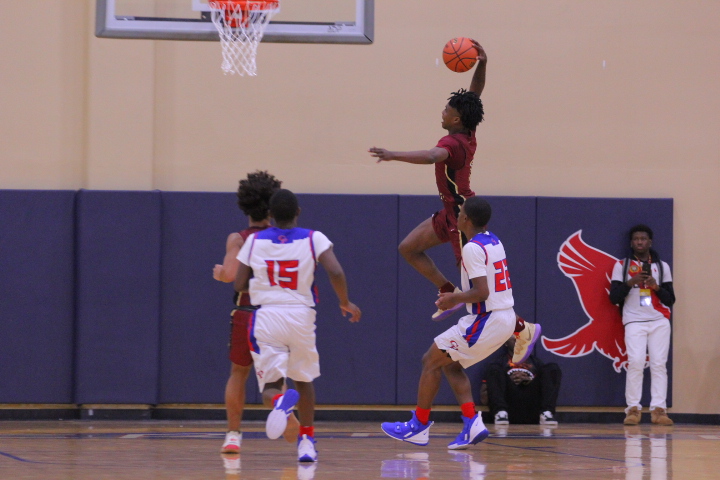 CENTER POINT – Pinson Valley ushered in a new season with an emphatic 71-56 victory over host Center Point on Monday behind Kameron Woods’ 41 points.

The Indians, the 2019 Class 6A state champions, cruised to the win despite falling behind early in front of a raucous crowd. Pinson Valley failed to score its first points of the season until midway through the first quarter. Bolstered by the frenzied atmosphere, the Eagles jumped out to a 7-2 lead following William Nall’s 3-pointer with less than four minutes to go in the opening quarter. 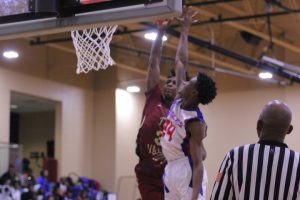 Center Point would take a 12-8 lead into the second quarter.

The second period would belong to Pinson Valley and more specifically, Woods. Though Center Point would extend the lead to 18-6, the Indians chipped away and eventually pulled ahead for their first lead of the game at 24-22 with two minutes left in the first half. The Eagles regained the lead thanks to Jordan Chatman, but Pinson Valley scored four straight points to pull away.

Senior Camron Scott followed with 17 points on the night.

Center Point, which fell to 0-2 on the season, was led by Chatman’s 23 points.

The Eagles have opened the season with losses to Hewitt-Trussville and now Pinson Valley.

IN OTHER BASKETBALL NEWS

The Hewitt-Trussville boys’ basketball team continued to roll through the season following a 69-58 victory over Moody to start the week. The Huskies, 3-0, have won each game this season by more than 10 points per game.

The Huskies have victories over McAdory, Center Point and now Moody.

The Blue Devils fall to 1-3 on the season.