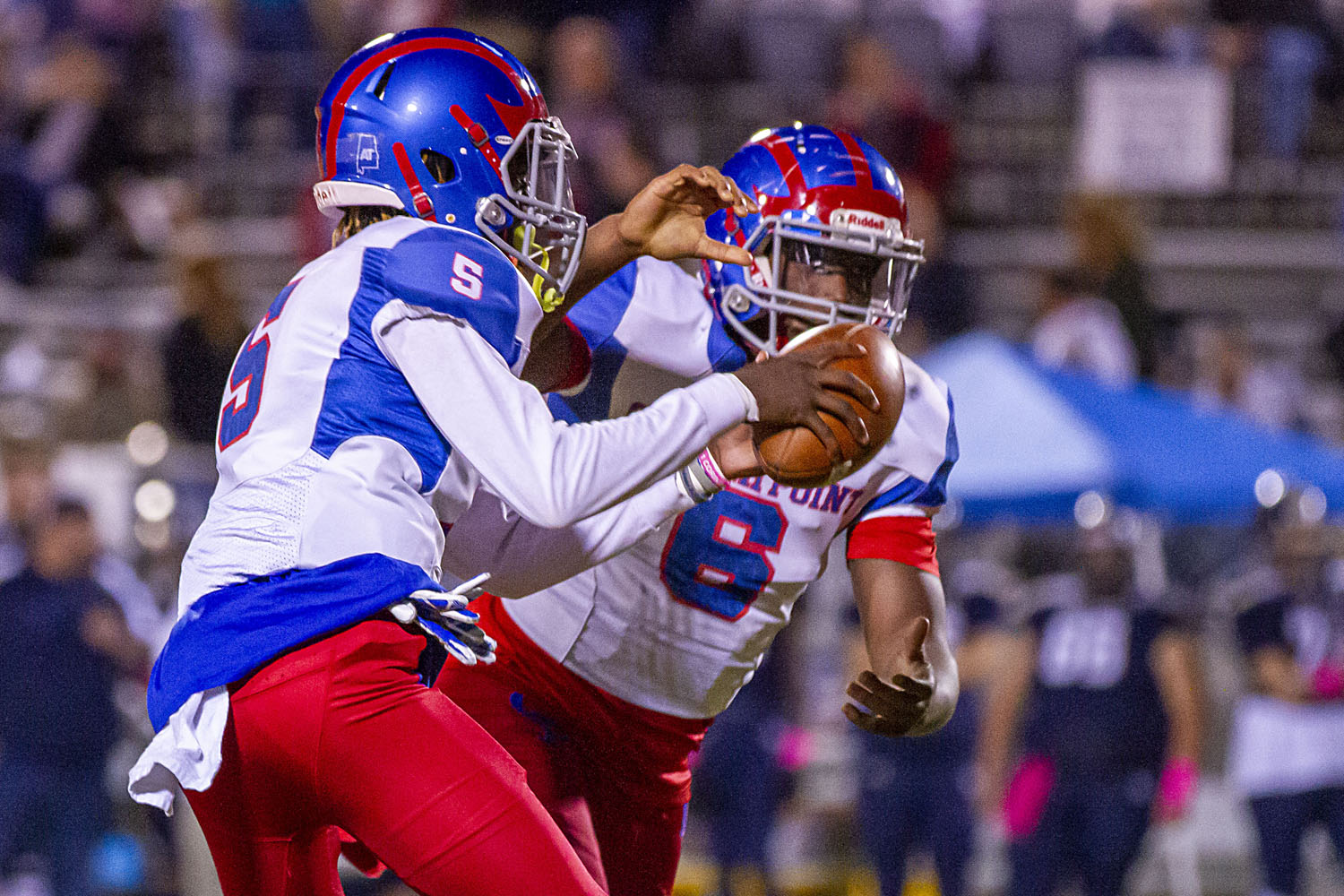 Can Center Point buck history and advance into its first semifinal game? History says no, but this Center Point team is different

Following two quality victories in the first two rounds of the 2019 AHSAA Class 5A state playoffs, Center Point next collides with a Mortimer Jordan team playing like a bat out of hell this Friday in a regional quarterfinal clash.

Ever since the Eagles’ 28-21 victory over the Blue Devils on Sept. 9, Mortimer Jordan has ticked off nine consecutive victories. The Blue Devils’ most recent victim was No. 3 seed Guntersville in the second round of the playoffs. In a game that Mortimer Jordan won handily, 56-21, the Blue Devils embraced a potent offensive attack led by quarterback Kourtlan Marsh. The senior had his hand in six touchdowns. He rushed for 140 yards and went 12-for-17 for 113 passing yards on the night.

“Of course, it would be cool to play against your region rival,” Center Point head coach George Bates said. “That’ll be fun.”

Fun might not be the operative word here as Mortimer Jordan has scored no less than 34 points per game since its loss to Center Point. The Blue Devils, 10-2, have averaged 39.1 points per game and have scored 40 or more points in the past four games.

That Mortimer Jordan offense will now face a Center Point defense that has significantly improved as the season has progressed. Since Sept. 13, the Eagles have allowed just one opponent to score 20 points or more, and that came against a Class 6A team (Homewood, 22-21).

In the playoffs, the Eagles’ defense has proven to be dominant. Through the two games, Center Point has allowed a combined 23 points.

“(Class 6A) Homewood scored 21 points, (Class 7A) Mountain Brook scored 24, but one of those was a pick six, and Mortimer Jordan scored 21 points,” Bates said. “When you look at it, theoretically, we have not given up more than 15 points a game … That’s fine with us. We’ll slide under the radar.” 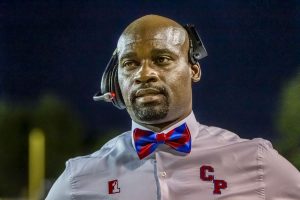 The run for Center Point this season has been impressive, to say the least. The Eagles have advanced into the quarterfinals for the first time since 2011, and with a win, Center Point will book its first appearance in the semifinals in program history.

Center Point, though, now has the added benefit of employing an excellent coaching staff along with a head coach that has a 3-1 playoff record, which by the way, is the highest winning percentage in Center Point playoff history.

Under this current coaching staff, the Eagles have nearly doubled the amount of points scored in a two-year span. In comparing this staff with previous regimes with just two years at the helm, the Eagles have surpassed the scoring output of:

The task for Center Point will not be as easy as its first two games in the playoffs have been. Mortimer Jordan has been playing some of the best football in the state. Should the Eagles complete the season sweep, the possibility of the Eagles making a run at the championship becomes even more of a reality.

“We think Center Point High School should always make the playoffs,” Bates said several weeks ago after a win against Springville.

If the Eagles continue to hold steady and remain at the high level that they’re playing at, Bates could soon make the claim that Center Point should always make the championship game.

However, Center Point just now needs to buck history and advance into its first semifinal game.