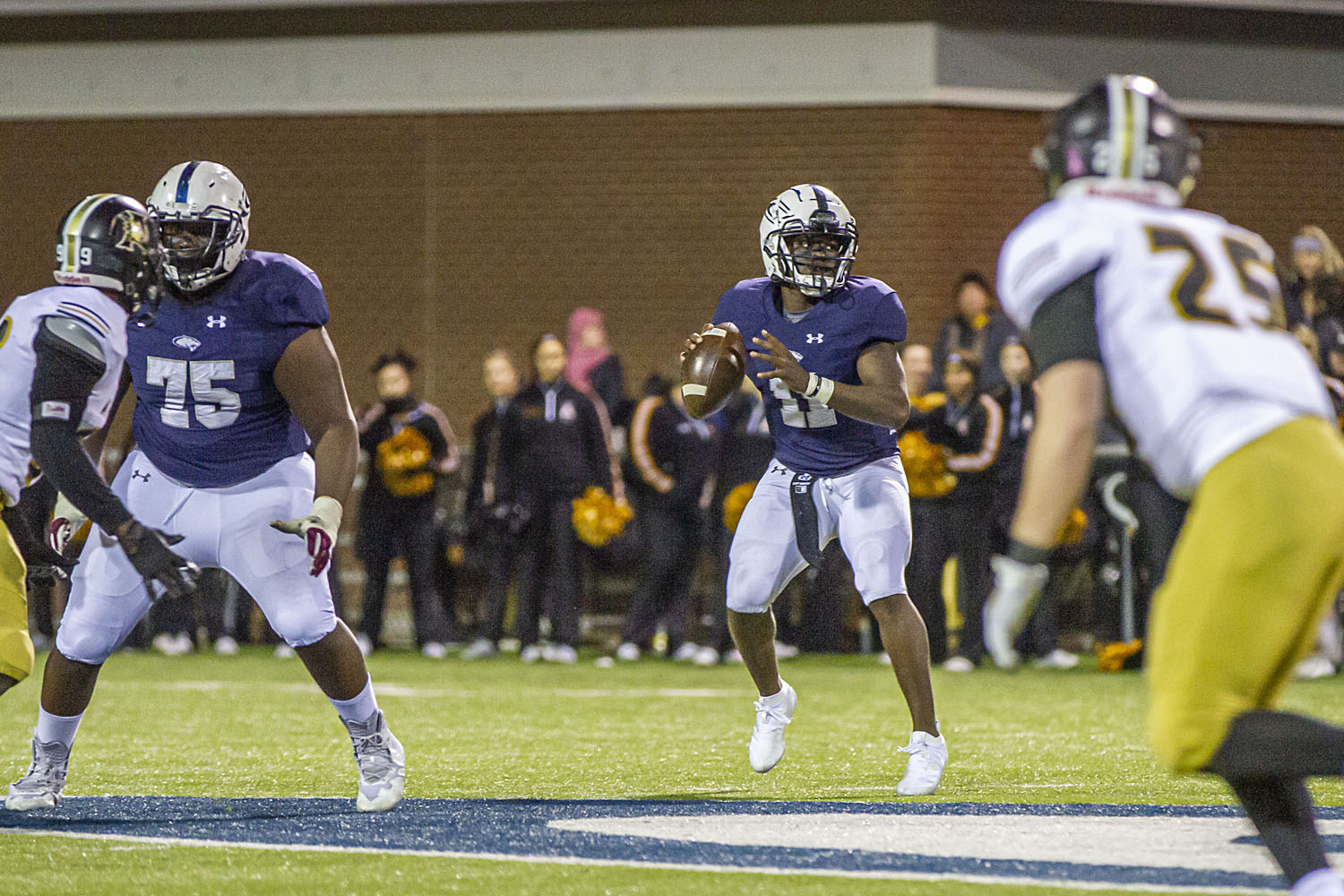 CLAY – Clay-Chalkville became the first team to defeat Oxford this season, and now, the Cougars look to prematurely end the Yellow Jackets’ Cinderella season in what will be the third consecutive year in which the two programs have faced each other in the quarterfinals of the Class 6A playoffs.

In the first meeting between the two teams in the 2019 regular season on Oct. 18, Clay-Chalkville held on to win, 26-21, behind quarterback Damione Ward’s 170 total yards. Though the Yellow Jackets narrowed the deficit to five points following a 17-yard Roc Taylor touchdown catch late in the fourth quarter, the Cougars survived for their third win in a row.

Since then, Clay-Chalkville has won four consecutive games behind a defense that has allowed seven or more points just once in the past four games. Throughout the playoffs, the Cougars have given up just seven total points while scoring 52 points.

Oxford has followed suit. The Yellow Jackets have ticked off four straight wins, and in two of those victories, they have held their opponents scoreless.

In its most recent victory, Oxford cruised past Cullman, 35-0, behind J.B. Carlisle’s 231 rushing yards on 21 carries and behind a defense that allowed Cullman to record only 20 total yards with just three first downs.

Clay-Chalkville also rode a superb defensive performance in its second-round matchup. The Cougars handily defeated Athens, 35-7. In the win, Athens managed just 56 rushing yards on the night. This performance followed a first-round victory over Helena in which the Cougars’ defense held a high-powered Helena offense to 105 rushing yards.

The Cougars will now return to Oxford for their fifth quarterfinal appearance in six seasons. Overall, Clay-Chalkville is an impressive 6-2 in the third round, while Oxford sits at 4-4 in the quarterfinals.

History dictates that Clay-Chalkville has the upper hand as Oxford has not defeated the Cougars since 2011; however, with weather conditions set to be less than ideal, the focus will be on which squad is able to successfully run the ball. Though Clay-Chalkville boasts of Ward and running back Lazarius Hinkle to anchor a steady run game, the return of Carlisle to the Oxford lineup in this matchup might prove to be the deciding factor.

Should the Cougar defense continue their dominant performance displayed throughout the latter half of this season, it is quite possible that Oxford could go an entire decade without defeating its region rival.

The winner will get either Pinson Valley or Muscle Shoals in the semifinals.