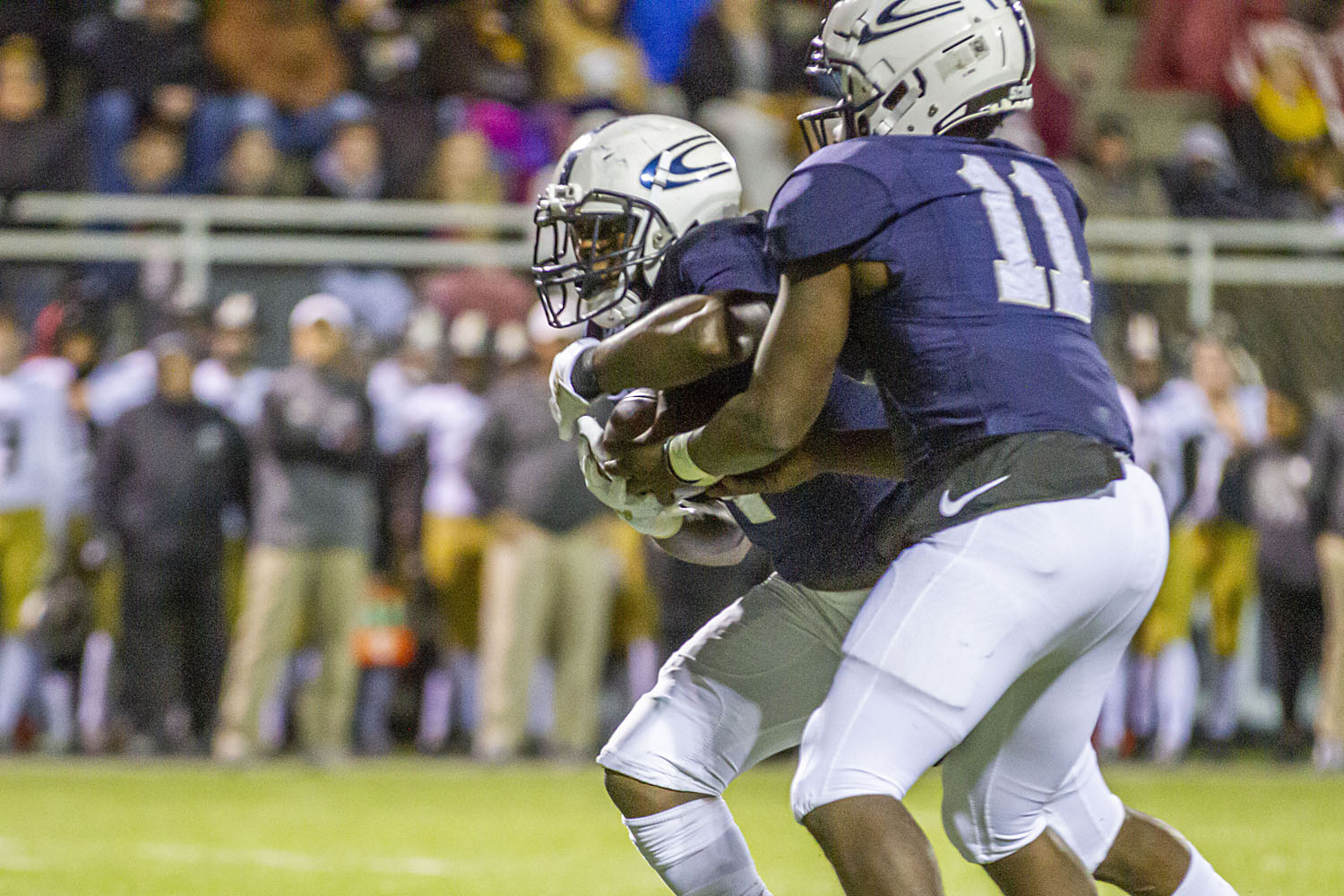 OXFORD — Oxford ended the season of the only team to defeat it this year as the Yellow Jackets rallied to beat Clay-Chalkville, 20-13, in the quarterfinals of the Class 6A state playoffs in what was their first win over the Cougars in close to a decade.

“This is a great team,” Clay-Chalkville head coach Drew Gilmer said following the loss. “We are super proud of our kids and everything they’ve accomplished and how far they’ve come. It’s not the way we wanted to end it but, hey, that’s life. We’ve got to learn from it and move on.”

In the first quarter, the Clay-Chalkville defense did what has made it famous this year and choked the life out of the opposing offense. Oxford did not cross the 50-yard line in the first quarter of the game; however, the Yellow Jackets still managed to jump on the board first after a Lazarius Hinkle fumble was scooped up by Oxford’s Delvon Fegans, who proceeded to run it in 26 yards for the go-ahead touchdown.

The second quarter provided some fireworks and more dominant defense by Clay Chalkville. After a short Oxford punt, the Cougars took over at their own 24-yard line and drove the ball down to the 4-yard line where Damione Ward took it into the end zone at the 7:42 mark in the quarter to put Clay-Chalkville up 7-6.

“That’s a special kid right there,” Gilmer said of Ward. “For a kid to come in and, especially now a days, to wait his turn and to do all the right things and it’s finally your turn and you take it and play phenomenal. He did a great job leading our team. He’s got a bright future ahead of him. He’s the one you hope your son grows up to be like.”

The Cougars would increase their lead to 10-6 following a Jaren Van Winkle 22-yard field goal. Winkle returned to duty in the final seconds of the first half and booted a 44-yard field goal to give Clay-Chalkville a 13-6 lead heading into halftime.

The season began to slip from the Cougars’ grasp early in the second half. The Yellow Jackets’ quarterback, Revy Higgins, found Roc Taylor for a 77-yard touchdown pass to tie the game at 13 just three minutes into the third quarter. Oxford took the lead minutes later after Higgins hit X’Zavian Britt for a 45-yard touchdown pass, 20-13.

Oxford looked to deal the final blow early in the fourth quarter, but a Higgins interception to Clay Chalkville’s LaMar Croskey in the endzone breathed new life into a Clay-Chalkville team scrabbling to keep its season alive.

The Cougars were unable to capitalize, however, as both teams would trade punts to conclude the game.

“Our defense did a phenomenal job,” Gilmer said. “They came to work every day and they fight and they grind. There ain’t nothing sexy about it. That’s kind of who we are and it’s what we believe in and I’m proud of how they represent Clay Chalkville.”