Trussville teen hosts book-signing for ‘My Friend had a Seizure

TRUSSVILLE — A Trussville teen who wrote a book about epilepsy hosted a book release and signing party on Sunday, Nov. 24.

Fans of Hewitt-Trussville High School senior Caroline Rowe came to the Trussville Public Library to support her. The book titled, “My Friend had a Seizure,” was released in November, which is National Epilepsy Awareness Month.

In October, the city of Trussville passed a resolution to recognize Nov. 2 as Epilepsy Awareness Day. Rowe was at the city council meeting, along with representatives from the Epilepsy Foundation of Alabama. 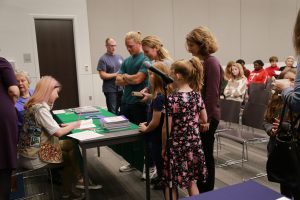 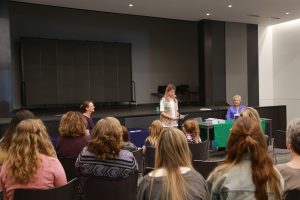 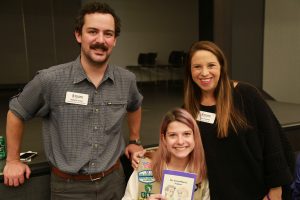 Rowe also sang the national anthem at the Walk to End Epilepsy in Birmingham’s Railroad Park on Nov. 2.

Authoring the book was part of Rowe’s Girl Scout Gold Award and it was a way for her to raise awareness of epilepsy.