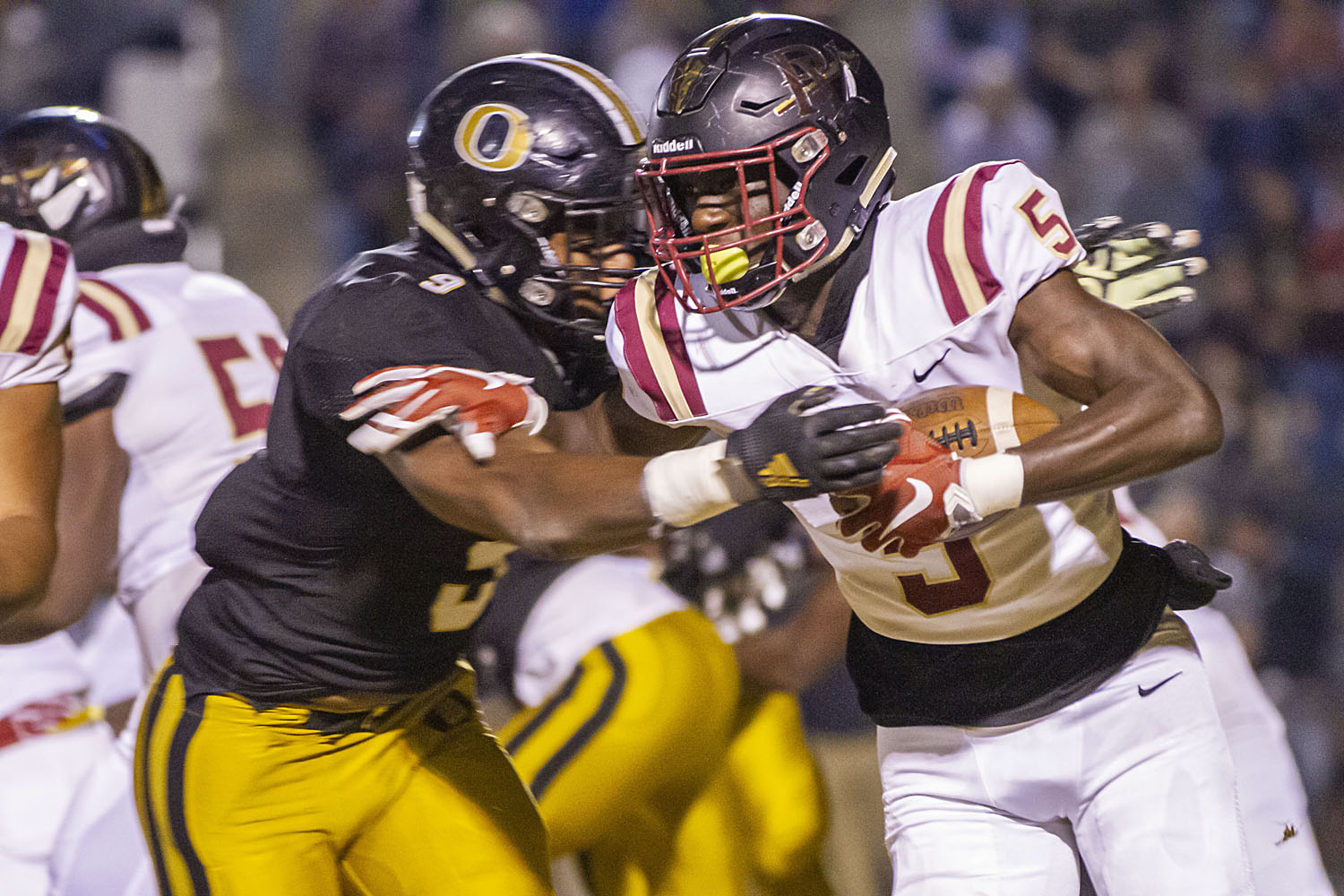 OXFORD — Oxford booked its ticket into the 2019 Class 6A state championship game following a come-from-behind victory over two-time reigning champion Pinson Valley in the semifinals on Friday night in front of a thunderous Yellow Jackets home crowd.

Trailing 21-17 with less than two minutes to play in the game, Oxford drove the ball down the field and set up shop in Pinson Valley’s redzone. Undaunted, the Indians’ defense forced the Yellow Jackets into a fourth and 8 situation from the 12-yard line. With its season on the line, Oxford turned to its most talented receiver, 6-foot-3 Roc Taylor. 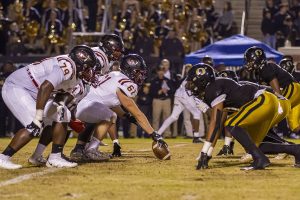 Following a timeout, Oxford quarterback Trey Higgins snapped the ball, turned to Taylor, who was guarded by five-star recruit Ga’Quincy McKinstry, and unleashed a 50-50 ball that the rangy Taylor snagged for the go-ahead touchdown.

Taylor recorded six catches for 114 yards and two touchdowns on the night.

Facing its first deficit since the first quarter, Pinson Valley’s offense returned to the field with just over a minute left in regulation and with two timeouts at its disposal; however, the arm of quarterback Barry White, which had been so lethal throughout the game, ultimately proved fatal as the senior unleashed a pass on the Indians’ first play that was intercepted by Trequon Fegans, who ran it in for the dagger through the heart.

The heartbreaking way in which Pinson Valley crumbled overshadowed yet another stellar offensive performance from White, McKinstry and Keyonteze Johnson. The trio accounted for almost 300 passing yards.

McKinstry had five catches for 143 yards and three touchdowns, Johnson added six catches for 71 yards with a touchdown and White went 14-for-23 for 288 yards and four touchdowns with the lone interception. Pinson Valley’s run game, which had been so reliable this season struggled against the Yellow Jackets. On the night, the Indians only rushed for 31 yards.

Pinson Valley, which was searching for its third consecutive state championship berth, proved to be a foe that was intent on fighting till the very end. Following White’s interception, Pinson Valley’s offense returned to the field and promptly marched down the field on three plays to narrow the deficit to 31-28 with 37 seconds remaining.

The ensuing Pinson Valley onside kick was attempted to near perfection. Yet, as the ball seemed to float past Oxford defenders, nearby Pinson Valley players failed to either spot or corral the ball before a Yellow Jacket player dropped on top of it, securing the win for Oxford.

The Oxford victory concluded a game that was dominated, momentum-wise, by Pinson Valley up until midway through the third quarter. Though the stats skewed heavily in Oxford’s favor in the first half, the Indians went into halftime nursing a 14-10 lead.

But after the Indians marched down the field on their opening drive in the second half and scored on a McKinstry touchdown catch, the Yellow Jackets’ defense clamped down and stifled the Pinson Valley air attack as the Oxford rally gained momentum.

With the win, Oxford records the season sweep of Pinson Valley and returns to the state championship game for the first time since 1993.

The loss sends Pinson Valley into the offseason with a 10-3 record. It saw its 13-game postseason winning streak snapped with the loss.