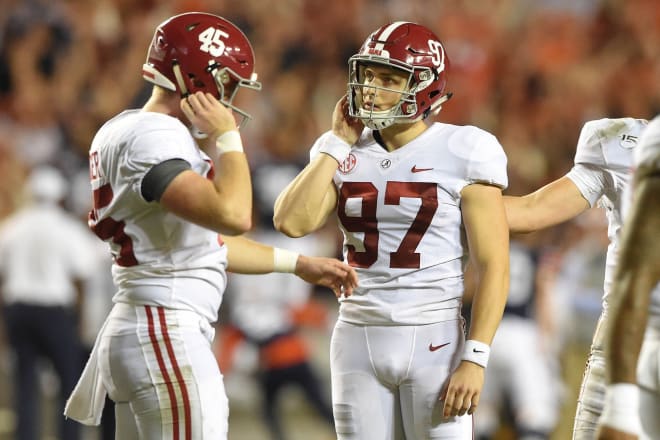 TUSCALOOSA — Alabama kicker Joseph Bulovas took to social media on Sunday evening to apologize to fans following his missed game-tying field goal in Alabama’s 48-45 loss to Auburn this past Saturday in the Iron Bowl.

Bulovas posted a message on Twitter apologizing to fans after he missed a 30-yard field goal that would have tied the game at 48-all with less than two minutes to go in regulation. 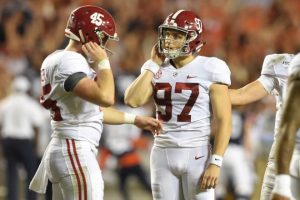 “After reflecting on the game, I just wanted to express my apologies to the entire Crimson Tide nation,” Bulovas posted. “Nobody was more disappointed than myself. Regardless of the circumstances, that is a kick I should make in my sleep and nobody is as big of a critic as I am of myself. To the fans, my coaches, and my teammates; I promise you will never see a guy work as hard as I will for the entirety of my career because I owe that to all of you. I have and will always give it everything I’ve got for this team which is something that will never change. God Bless and Roll Tide.”

Bulovas is 8-for-11 on field goals during this season. He went 1-for-2 on field goal attempts and 6-for-6 on extra points in the Iron Bowl.

According to media reports, Bulovas has been the subject of vitriolic messages.

As ESPN college football analyst Greg McElroy posted on Twitter, “Gut wrenching loss for Alabama, but anyone that directs hatred or vitriol towards the Alabama Kicker needs to take a step back and remember that nobody is hurting more than him. It’s a team game and it always comes down to more than just one play. Win as a team, lose as a team.”

Alabama’s loss all but assures the Crimson Tide that it will be eliminated from College Football Playoff contention.