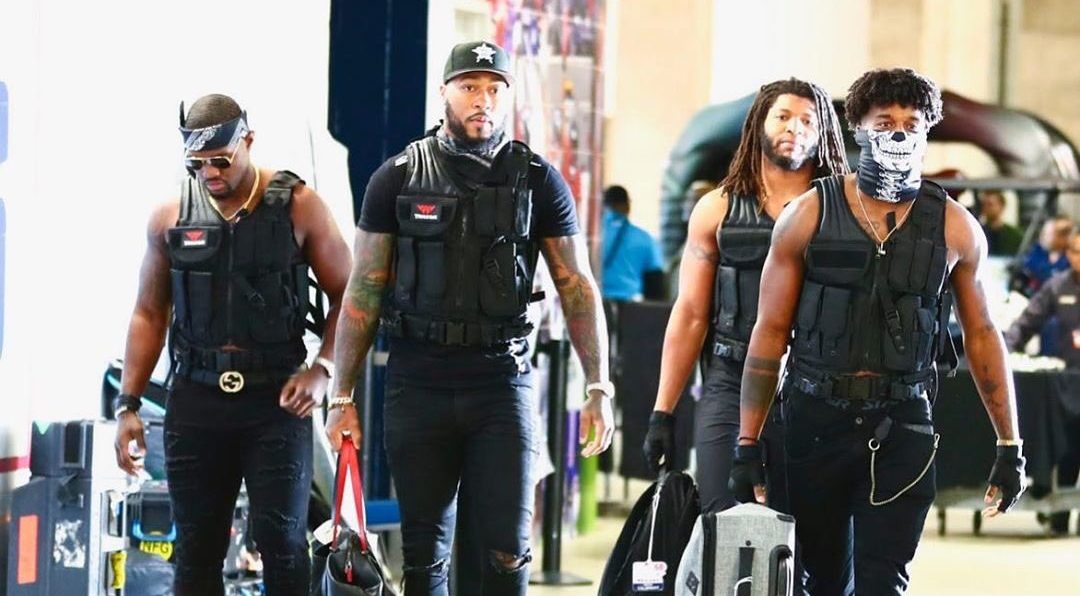 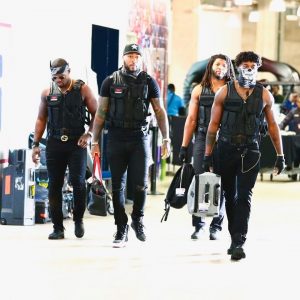 The group, which has been coordinating outfits all season, has previously dressed up as characters from Mortal Kombat and the Ninja Turtles thanks in large part to Cunningham, who so happens to be a former star at Pinson Valley and current NFL fashion designer and linebacker.

In a story from The Athletic, Cunningham has been tagged as the mastermind behind all the wardrobe decisions.

“This is a big ask,” linebacker Peter Kalambayi said in the The Athletic piece regarding Cunningham. “He buys a lot of the stuff the night before (that week’s final team meeting).”

Houston ultimately won the game over New England, 28-22, in what was the first win for the Texans over the Patriots since 2010.

The Texans’ defense held the Patriots to just nine points throughout the first three quarters. Tom Brady went 24-for-47 on the night.

Look the part. Play the part. @HoustonTexans Linebackers a.k.a SWAT team are ready for the @Patriots pic.twitter.com/mVgofF39PX