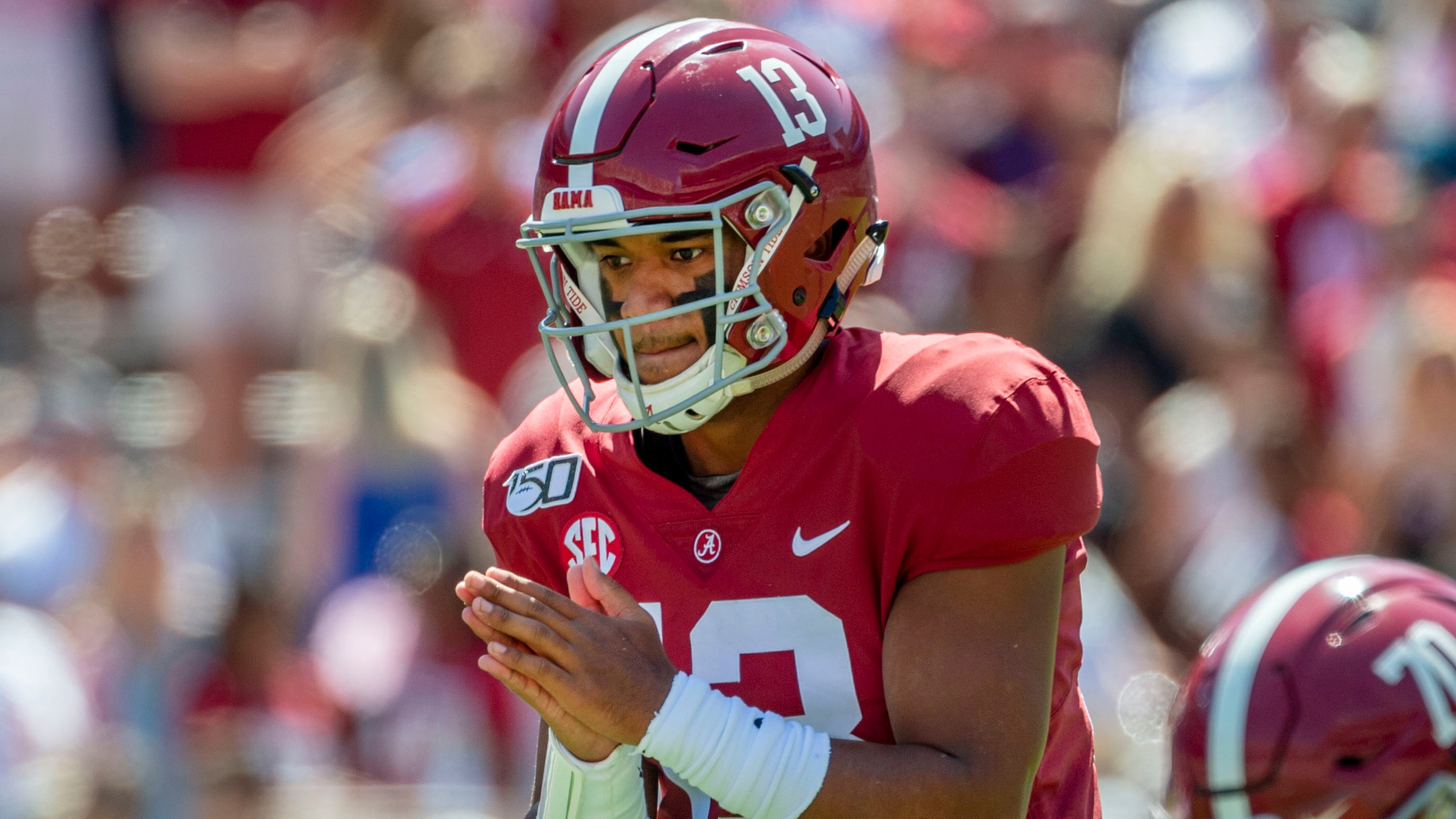 The Alabama quarterback is still weighing his options and going through rehab for the right hip injury that ended his junior season — and potentially his career with the 11th-ranked Crimson Tide. Once regarded as a potential No. 1 overall pick, Tagovailoa said Thursday that if he feels he’ll still be a top 10 or 15 pick, that might be too tempting to stick around. 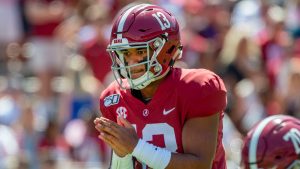 “I think that’d be tough to pass up,” he said, sitting in a chair where the podium normally rests during Alabama news conferences. “But I think there’s a lot more to it than that in some aspects.”

Tagovailoa stopped there, saying he wants to have that conversation with his family not reporters.

He walked into the room on crutches, sporting dinosaur-covered red pajama pants, saying it looked “like a (Nick) Saban press conference” before doing an impression of his coach. He ended the news conference by telling a reporter he liked his Christmas sweater.

In between the quips, he discussed his uncertain future and the big decision of whether to stay in Tuscaloosa or enter the draft.

Tagovailoa was injured when he was dragged down by two Mississippi State defenders on Nov. 16. He had surgery two days later in Houston.

The quarterback doesn’t have a timeline on when he will make that decision, saying it could come right before the Jan. 20 deadline for underclassmen to declare for the NFL draft.

“It’s just a really, really big decision, and everybody just wants to know. That’s what makes it even bigger, I’d say.”

In the meantime, he started the rehab process in Birmingham, Alabama, on Wednesday and is getting treatment at Alabama’s athletic facilities while back in class. He said the medical staff was surprised at how well he did pushing against resistance with his right leg.

Tagovailoa said he won’t be able to twist his hip as much inward but doesn’t believe that will affect his football ability.

“What the doctors have said is they expect a full recovery, that I’d be able to go out there and play football again at 100%,” Tagovailoa said. “I just won’t be able to rotate it internally the same way.”

He’s less certain about whether he’ll return to football for the 2020 season or beyond. He pointed out that this isn’t a standard, somewhat predictable football injury and recovery process.

Tagovailoa said he spoke with former Auburn star Bo Jackson — who had his NFL career cut short by a hip injury. He said Jackson told him not to rush things, but Tagovailoa also said the injuries were very different.

“I’ve played hurt many times over the course of the two years that I’ve been the starter here, but I’d like to say this is just a totally different situation,” Tagovailoa said. “This is a unique situation. This isn’t something that I can rush. If I want to play to my full potential, I know that I can’t just come back and play on it as if it were my ankle.

“It’s just something that I need to take into consideration. Me wanting to play, I think a lot of that has to go into my decision-making, too, as to whether I stay or leave.”

Tagovailoa has already set the Alabama record for passing touchdowns with 87 and his 7,442 passing yards ranks third in school history. He watched from the sidelines as No. 11 Alabama fell 48-45 to rival Auburn, ending the Tide’s playoff hopes.

“It’s really tough being able to watch your guys be able to go out and play and not be able to do anything to help them,”Tagovailoa said. “The only thing that I could do is just try to encourage them.”