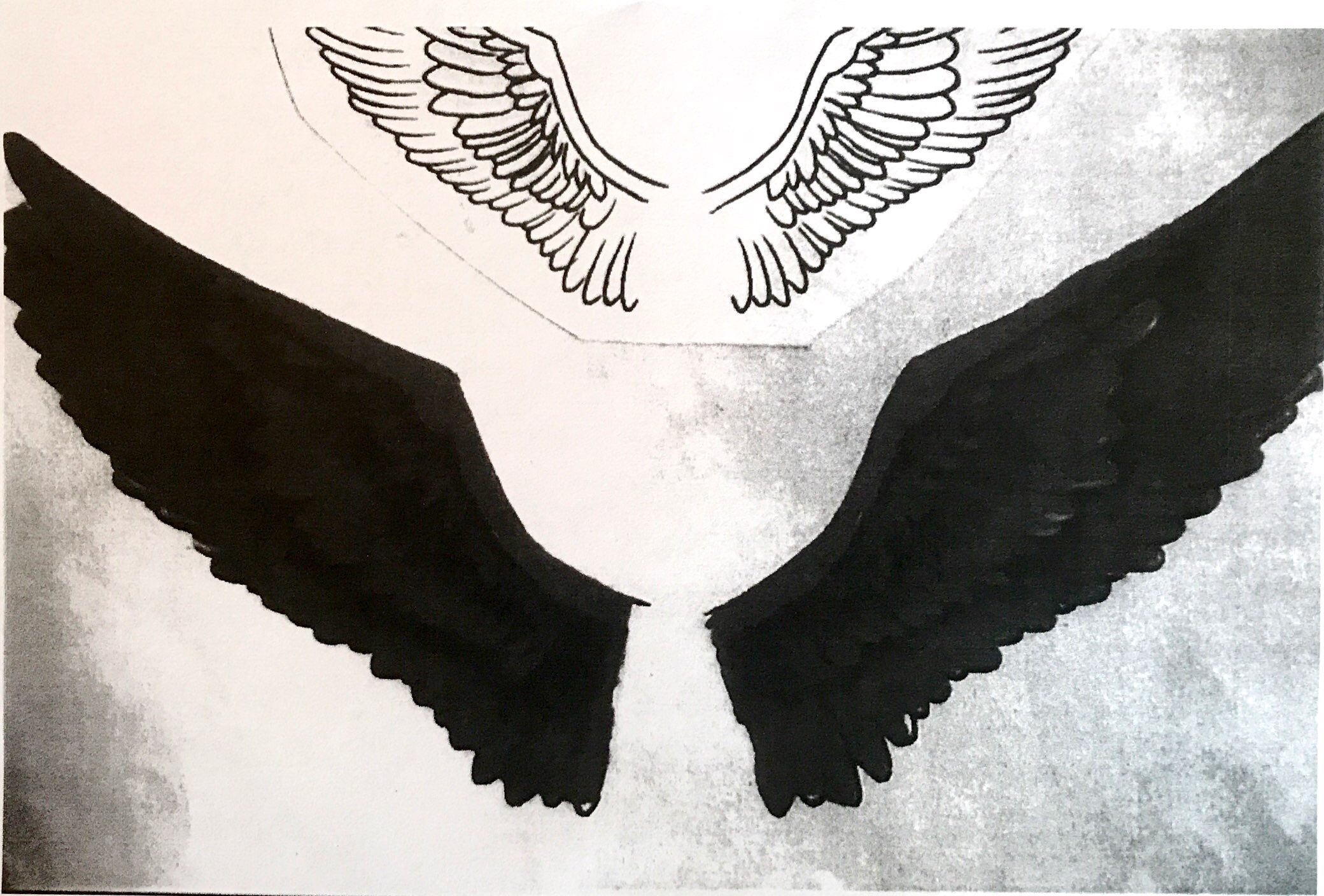 PINSON – The Pinson City Council unanimously approved a motion on Thursday, Dec. 5, for two “wing” murals to be painted on the north exterior wall of the Rock School Center. On the white wall, one set of adult wings and one set of children’s wings will be painted by Birmingham artist Dewon Moton.

At previous council meetings, Councilor Joy McCain explained to the council that many municipalities are having these interactive art murals painted in their cities, as a way to bring the community together and also bring tourism into their cities. Passersby can take photos in front of the murals, thereby becoming part of the artwork.

“We’ve been thinking about doing stuff like this for a long time,” McCain said at the Nov. 21 council meeting. “It’s kind of like the wings in Oneonta. They painted some wings up there to remind humanity that we are angels of the earth.”

McCain was not able to be in attendance at the Dec. 5 meeting, so the motion was offered by Councilor Dawn Tanner and seconded by Councilor Shannon Galamore. The cost of the artwork will be $1,500.

According to Tanner, Pinson’s wings will be blue, and the mural will also have the words “Pinson, Alabama,” at the top. 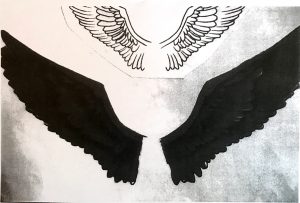 “Other cities are doing this all over the state and USA, too,” Councilor John Churchwell added. “People will stop and just get out and walk around and make their picture there with it. It’s interesting … It’s interesting sometimes just to watch the people, how they react.”

In other city news, the council passed motions, both offered by Tanner, to approve $2,500 for curtains in the event room at the Rock School Center, and $4,601.96 for the reconditioning of football helmets at Pinson Valley High School.

The curtains in the event room will be the same shade as those in the library, but slightly thicker.

As for the football helmets, Mayor Hoyt Sanders and Tanner informed the council that this was old business that fell through the cracks and has recently been brought back to the council’s attention.

“Back in August’s first meeting, we had a first reading that included reconditioning of helmets for the high school,” Tanner said. “Somehow it got left off after that and fell through the cracks, so I want to make a motion to pay this.”

Tanner added that the helmets did get reconditioned; the city will just go back and pay for the charges. Both motions passed unanimously.

Also concerning PVHS, the mayor and council commended the high school football team, theater department and basketball team on their achievements so far this year.

“Wow, what another great season,” Sanders said of the PVHS football team. “Certainly we were hoping to be in Auburn this weekend. But still, semi-finals is absolutely a great season. We’re very proud of our football team and know that more things are great to come for them.”

Councilor Galamore spoke on the theater department and basketball team.

“So the theater department is going to be in the state Trumbauer, I guess you call it a competition, (Dec. 6-7) at Troy University,” Galamore said. “Basketball … they’ve been playing for a few weeks now and doing pretty good. We have several players that are regularly scoring double digits in all the games … just unbelievable.”

•First Reading: A resolution to update the job description and rename the position of Zoning Official to Director of Public Safety.

•Public Hearing: Post Annexation Zoning, case Z-2019-06, concerning rezoning property parcels at 5416 Sandi Circle from Jefferson County District R1 to City of Pinson District RL (Residential Low Density). No one spoke for or against the rezoning during the hearing.

The next meeting of the Pinson City Council will be Thursday, Dec. 19, 2019, at the Palmerdale Homestead Community Center, at 1 p.m.

Additionally, the council passed a motion to reschedule its January meetings to Jan. 9 and 23, 2020. The meetings will be held at city hall, with pre-council beginning at 6:30 p.m. and the regular council meeting beginning at 7 p.m.

“That will … sort of centralize our meetings for January and not have that three-week gap,” Sanders said, “as well as ensure that we have a quorum the ninth, in case of travel and other things.”