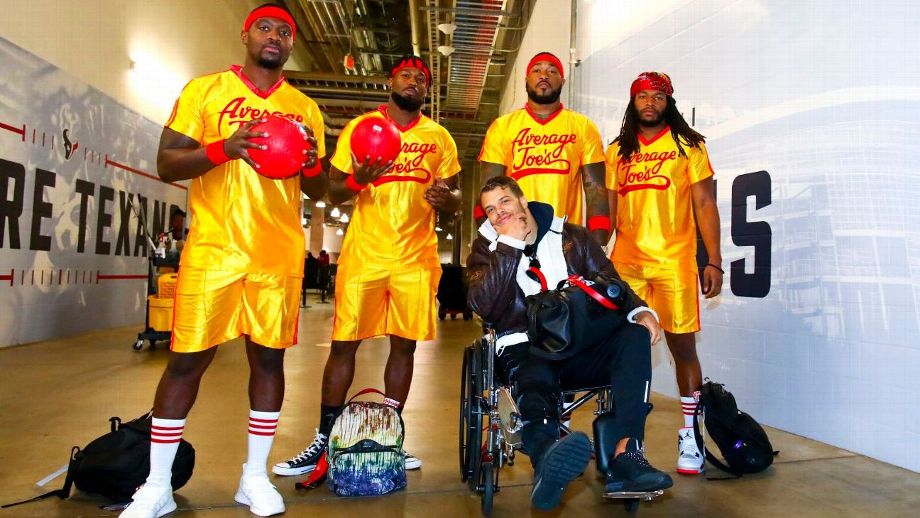 Courtesy of the Houston Texans.

HOUSTON — The Houston Texans’ linebacker core of Benardrick McKinney, Zach Cunningham, Brennan Scarlett, Peter Kalambayi and Whitney Mercilus continued their season-long cosplay on Sunday prior to the Texans’ week 14 game against the Denver Broncos with a tastefully remastered take on the Average Joe’s Gym outfits from the modern day masterpiece, “Dodgeball: A True Underdog Story.” 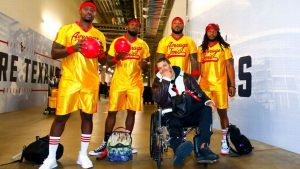 Courtesy of the Houston Texans.

The linebackers have worn a different outfit for each home game this season. This past week, the unit dressed as a SWAT team, and the week prior, they dressed up as Mortal Kombat characters.

Unlike the intimidation that accompanied dressing up as an elite police force prior to the Texans’ win against the New England Patriots, the Average Joe’s Gym outfits did little to elevate the linebacker core this weekend as the Texans fell to the lowly Denver Broncos, 38-24.

According to Benardrick McKinney, who pushed injured linebacker Dylan Cole (who played the role of Patches O’Houlihan), the unit gets together on Friday and decides what ensemble to wear that week.

“We don’t think about that until, like, Friday,” McKinney told media outlets. “We just got a lot of guys with creativity that come up with it.”

In a story from The Athletic, Cunningham has been tagged as the mastermind behind all the wardrobe decisions.