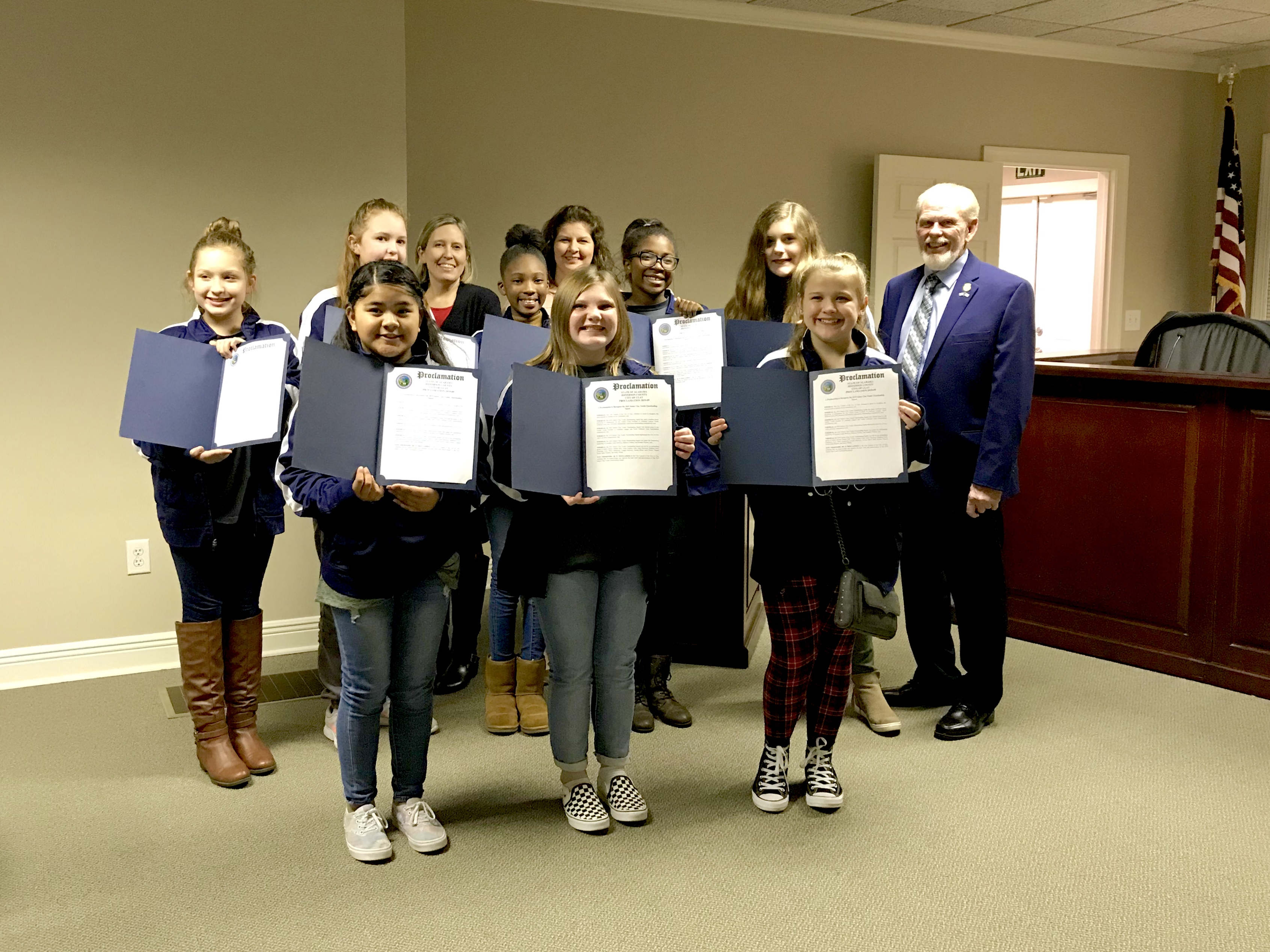 According to Proclamation 2019-09, “The City Council of the City of Clay, Alabama is proud to recognized the achievements of citizens of our community; and … the 2019 Clay Youth Cheerleading Squad has spent countless hours practicing in preparation for the United Youth Football of Alabama League, North Jefferson Area, and the Universal Cheerleaders Association cheerleading competitions.” 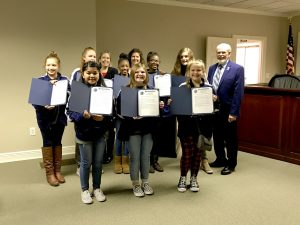 “Now therefore, be it proclaimed by the City Council of the City of Clay, Alabama that we acknowledge and applaud the hard work and perseverance of the 2019 Senior Clay Youth Cheerleading Squad.”

“That’s the most we’ve had in several years,” Dixon said.

Dixon also said that Volkert, Inc. recently informed the city that there would be no more updates on the Cosby Lake dredging project until mid to late January 2020.

For Clay Elementary School, the winner was school nurse Jimmi Amick. Amick plans to purchase new a new cot for ill students, as well as a locking mobile cart.

The CCMS winner was Physical Education Coach Robert Amuso. Amuso plans to purchase a new iPad for instructional needs for his PE classes.

Finally, the winner for CCHS was English 8 teacher Andrea Wood. Wood plans to purchase two Chromebooks for her classroom.

“Students have proven that having Chromebooks on a consistent, every day basis helps them keep their standardized test scores where they should be,” Wood said in her application.

The Clay Christmas Parade will be held Saturday, Dec. 14, from 3:30 to 5:30 p.m. The theme will be Frozen and CCMS Principal Jason Wilson will be grand marshal.