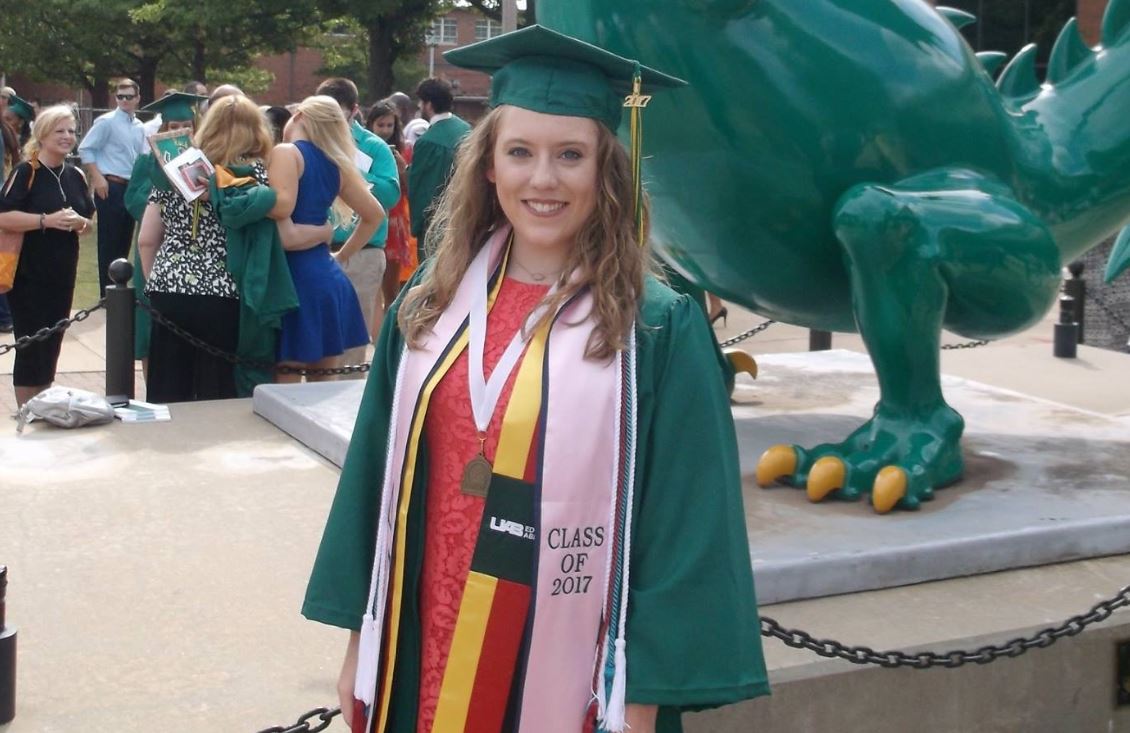 From jet-setting to jail-sitting: A Trussville native’s travel nightmare

TRUSSVILLE — It was supposed to be a fun trip across the pond for Darby Franklin. A vacation to Amsterdam, her second big adventure since the 24-year-old vowed to travel the world. She never thought she would end up in jail and out of thousands of dollars.

The Hewitt-Trussville graduate had gone on to bigger and better things after high school. She had started a successful career in mechanical engineering after graduating with double honors from the University of Alabama at Birmingham.

Franklin’s job required her to board planes regularly, so as she was making her way through the Hartsfield-Jackson Atlanta International Airport on Friday, Nov. 8, 2019, going through the motions with her checked baggage, passport and plane ticket were nothing new. She would simply go through security checks, board the plane and be off to her destination. Little did she know, this time would be different. Very different. 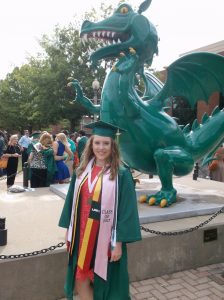 Franklin had already flown from the Charlotte Douglas International Airport and she had a 45-minute layover in Atlanta. As she waited for her flight time, Franklin called her parents to let them know she was about to board the plane.

“I hung up the phone, I scanned my boarding pass to get on the flight and when I scanned it, there were a couple of beeps and I really didn’t think much of it. As soon as I started walking down the gate, I was met by customs officers,” said Franklin.

That’s when Franklin realized something wasn’t right. She said four officers began to question her and they already had her luggage with them. But for Franklin, it seemed like a mean joke or maybe a case of stolen identity. She had never had so much as a speeding ticket. Her life had been a series of good decisions, not decisions that would warrant such dramatic measures. And this was no joke. In fact, it was only the beginning of a nightmare.

“They took my passport, asked me to verify my social security number and my name,” said Franklin. “Then they said there was a warrant out for my arrest out of Jasper, Alabama.”

Jasper, Alabama was a place Franklin had never visited. The warrant from Walker County was dated from 2011, which was when Franklin was only 15-years-old. Since 2011, Franklin had studied abroad in college, had a background check to purchase a firearm and she regularly flew for her job. Never had she been privy to information about a warrant for her arrest.

Franklin was taken back to a holding area for a search and for questioning. She was told the warrant was for three counts of credit card fraud.

“They even told me that something seemed off. None of it made sense and they even acknowledged that,” said Franklin.

Customs officers told Franklin even though they thought there was a possible mix up, they had to detain her at the request of Homeland Security.

With no other choice, custom agents informed Franklin she would be going to jail.

“They finally let me call my mom,” Franklin said. “I also have asthma and I’m having panic attacks because I can’t breathe. I was so terrified.”

Franklin was so distraught, she had to hand the phone to a customs officer to explain to her mother what was happening.

It wasn’t long before the Atlanta Police came and picked up Franklin and escorted her to the Clayton County Jail.

In a holding cell, she would sit. Instead of embarking on her 10-day vacation to the Netherlands, Franklin was put in a small, cold and hard cell with several other women.

“They brought me in around 6 p.m. and I didn’t even get a bed until 11 a.m. the next day,” explained Franklin. “While I was waiting, I had my legs crossed and I put my elbows against my legs and tried to sleep that way, with my head in between my hands. It was awful.”

Before being moved to her own cell, Franklin was brought before a judge the following morning. She was given the option to waive her extradition hearing, which she did.

On the other hand, if Franklin didn’t waive an extradition hearing, she would sit in jail until a hearing on her case was scheduled.

“So I said, ‘OK, just waive my extradition hearing just get me over there,’” Franklin decided.

She was ready to have the mixup sorted out. But it would be days before she heard from anyone with Walker County. It would be a long weekend for all counties and municipalities because it was Veterans Day weekend. Franklin said she talked to her parents on the phone and they felt helpless.

“It was probably the second day I called my mom and said, ‘You have to get me out of here.’ They said, ‘I’m so sorry but there’s nothing we can do.’ I am sure as a parent that is probably the hardest thing that they ever had to say to me,” Franklin said.

During her stay behind bars, Franklin said she saw things and experienced things she will never forget.

“It was really sad,” she said. “There were people in there for minor traffic violations and they had a low bond and couldn’t afford it. I felt so bad because my mom put $150 in my account. I’m not rich, but man, did I feel rich in there.”

For Franklin, going days without a shower or a toothbrush was difficult, not to mention the food she was offered.

“I lived off two pieces of white bread a day. The food was awful,” said Franklin. “My mom said she couldn’t eat either, so it was hard on all of us for sure.”

After all, she was supposed to be in Amsterdam, enjoying Dutch cuisine. Instead, she was faced with a reality she never knew existed. Even still, Franklin said she felt lucky.

“There were a couple of girls in there that didn’t have their mom or anybody to talk to,” she said. “At least I had my family.”

One other cellmate of Franklin’s made an impression on her.

“There was one girl in my cell who didn’t speak a lick of English,” Franklin said. “She couldn’t talk to anyone. I couldn’t communicate with her but I remember at one point they didn’t give me a cup to drink water and I couldn’t even drink water. She went and got me a cup. She didn’t even speak English but she brought me a cup. It was really sweet.”

It was four days later when the Walker County Sheriff’s Office was able to come to pick Franklin up from the Clayton County Jail.

Franklin was transferred and booked in the Walker County Jail on Wednesday, Nov. 13. According to court documents, that was also the day she was released from custody.

After some investigating, the state requested all charges be dropped. In a motion to dismiss, filed by Assistant District Attorney of the 14th Judicial Court, Gregory Johnson, the victim in the credit card fraud case passed away in 2016.

In court documents, the state said when the case was presented, the victim’s daughter “abruptly interrupted the undersigned when he was discussing the physical description of the person who appeared in court, stating that this definitely was not the same person.”

The case was dismissed and Franklin was released from custody. She was free from handcuffs and jail cells, but she said she still feels the weight of the chains of injustice.

Franklin has many questions about how this happened to her. She began to research who the other person was. The other woman was 17 years older. Although the woman had the same name, it was spelled differently. She also had a different birthdate and hometown.

“Our jaws just dropped. We knew we found this person. It took us 10 minutes and $10 to find out this information,” Franklin said.

Franklin only wishes investigators would have done the research she did, so she could’ve avoided being arrested and put through mental and physical anguish. Franklin believes legal documents were rushed and incomplete.

“When you read the description, it’s copied and pasted from my Alabama driver’s license. It’s almost like they just typed in a Darby Franklin and thought it was me that did it, but they said they were never able to find the original police report, which should have had the description of the one who was accused,” Franklin explained.

Even the birth date on the warrant matched Franklin’s month and day, but the year was changed to reflect the other woman’s birth year.

“It’s almost like they combined two people on the arrest warrant,” Franklin said.

The Walker County Sheriff’s Office has not responded to calls from The Trussville Tribune and the Walker County Circuit Clerk was unable to answer any questions concerning the case. The officer named on the signed warrant has since retired from the Sumiton Police Department, according to court documents.

At this point, Franklin wants to move on with her life, but she is out a lot of money. She wants her record cleared and she wants thousands of dollars from legal fees back in her pocket.

“Currently, I’m trying to find a lawyer to hopefully take the case and hopefully give me justice. It’s not cheap,” she said.

She has been turned down by several law firms, but she believes there is one lawyer out there who will fight for her.

Thankfully, Franklin’s employer has been understanding and accommodating. She has even traveled by air (for work) since the incident.

“I went up to the TSA pre-check Sunday and my boarding pass wouldn’t scan. Of course, my heart rate jumps up and it’s like, oh my God, it’s happening,” she said.

Thankfully, there was a simple glitch in the system and Franklin was able to redownload her code to get through and safely on her flight. But the impact the experience has made on her life is undeniable.

“Mentally, I am not 100% there,” Franklin said. When I first got home I would just sit up in my room and I would just cry. Anytime a police officer pulls out behind me, I get anxiety. I can’t sleep. It hasn’t been fun.”

As she continues her work in IT as a business analyst, Franklin has set a goal. She wants to take her trip to Amsterdam next year.

“I’m looking into hopefully going next year. I want to go by the exact same plan but next year,” she said.

Franklin said completing the trip will be a monumental experience.

You can donate to Darby Franklin by clicking here.