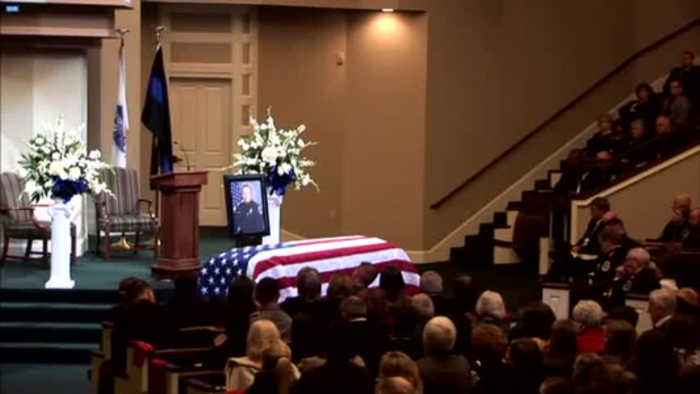 HUNTSVILLE, Ala. — Hundreds of mourners gathered Tuesday for the funeral of an Alabama police officer who was killed in the line of duty four decades after his father died while policing.

A flag-draped casket stood at the front of a full church sanctuary at the service for Huntsville police officer Billy Fred Clardy III, 48. A framed photo of Clardy was displayed nearby. 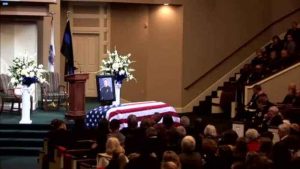 Many in the crowd at Mayfair Church of Christ wore police uniforms, and hundreds more watched the service online.

Earlier, police officers, relatives and others got out in a steady rain for a public viewing for Clardy, a husband and father of five who was fatally shot while on duty last week. A Tennessee man is charged with capital murder in Clardy’s slaying.

Mayor Tommy Battle expressed gratitude to relatives of Clardy, who he recalled meeting soon after his election.

“Thank you for sharing Billy with us. He made a difference,” Battle said. Clardy, he said, “believed in service.”

The killing happened 41 years after Clardy’s father, Huntsville police officer Billy Fred Clardy II, died in a wreck while on duty. A tribute that the younger Clardy wrote to his father was read during the service.

Clardy was an Army veteran who was shot to death Friday during a narcotics operation. Hundreds of people gathered at the city’s police memorial on Sunday to remember Clardy, who joined the department in 2005.