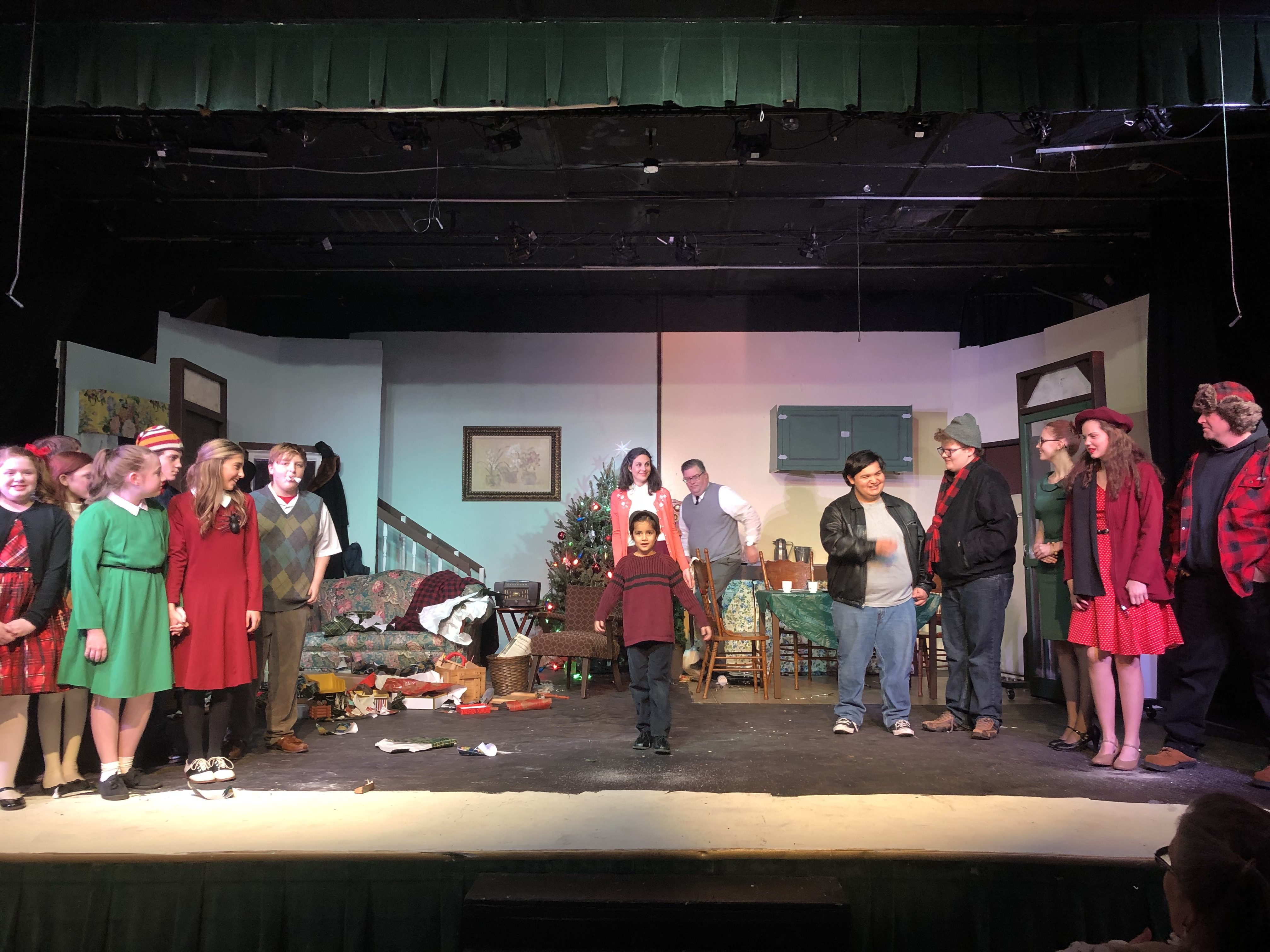 TRUSSVILLE — Christmas is a many wondered season. The best of times. A land of hope and peace and joy. A time to celebrate redemption and, perhaps one of its miracles too. It is also a season of nostalgia. When all the world stops for a moment, and just for that moment, we can almost be who we once were.

It certainly must have been nostalgic for Jean Shepherd. You might be familiar with that name. It was his remembrance that became “A Christmas Story.” That story was transformed into a movie some decades ago and thanks to basic cable television it has ascended into the pantheon of holiday classics. Leg Lamps, pink bunny suits and Red Ryder BB guns have become almost as synonymous with the season as Bing Crosby, Nat King Cole and mistletoe. 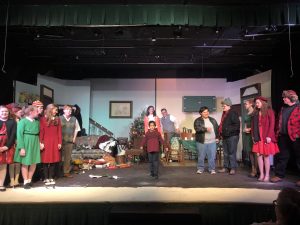 There is no doubt you are familiar with the film. You may even be one of those brave souls that has made it through the annual 24-hour marathon on TV. But you’ve never seen it properly until you’ve seen it live on stage.

Thanks to ACTA theater, “A Christmas Story” has come to Trussville, and it breathes new life into the old classic.

Director Victoria Boyce has put together a wonderful interpretation of the story. In her hands, the limitations of the stage have become a triumph of the intimate. A story that has become as comfortable an old pair of pink bunny pajamas becomes immediate and new without losing any of the power, wit, wistfulness and wonder.

Boyce is a local actor/director. She has been acting for 16 years and directing for the last nine. That time and experience has served her well in bringing this story, this Christmas story, to our community.

In many ways, “A Christmas Story” is built around the virtues and quicks of a community, including home and school, which makes a community theater the perfect venue from which to present it.

“Community theater is important,” said Boyce. “Because it gives opportunities to children and other people who want to share their abilities and skills but can’t get involved in professional theater. It also tends to be more affordable for all types of people to be able to grow their knowledge of the arts.”

Helming the performance is Dan O’Rourke. He serves as an older Ralphie. Somewhere in that comfortable middle age of sensible shoes and smart cardigans; not ready yet for a walking cane but distanced enough from youth to appreciate what it was and revisit it from time to time. And thankfully, this time, he brings us along for the ride in the not-so-old man’s Oldsmobile. O’Rourke’s performance is inspired. He peppers that performance with inflections of speech, well-timed movements and facial expressions so perfect you forget this is an actor. You believe in him as Ralph.

Curtis Frost and Holly Ford play Ralphie’s mom and dad. They turn in a fantastic performance so full of humor and love that you’ll immediately want to leave the theater and give a call to your own parents.

Just as fantastic are the younger actors. Keller Tarrant, as young Ralphie, stares wide-eyed into the future (just as older Ralphie stares wide-eyed into the past) while Teague Jones, Benjamin Tawbush and Bella Vincent nearly steal the show as Schwartz, Flick and Esther Jane. Of course, Phoenix Carroll, Sean Frost and Emma Gilbert must be highlighted as well. Their scene time (as Farkus, Toadie and Miss Shields respectively) is a highlight of the play.

None of these scenes would be possible without the sets and scene changes. The crew carrying on the set changes performed their duties so flawlessly that much of the action was able to continue during scene changes without it disturbing the performance or breaking the audience’s willing suspension of disbelief.

“It was a lot of work to create a set this elaborate,” said Boyce. “Especially with the size of the ACTA Theater.”

So, in between bouts of dashing through the snow (it could happen), wrapping presents and guzzling eggnog, carve out some time for you and yours to see ACTA’s “A Christmas Story.” You won’t regret it. This show deserves an award. A major award!