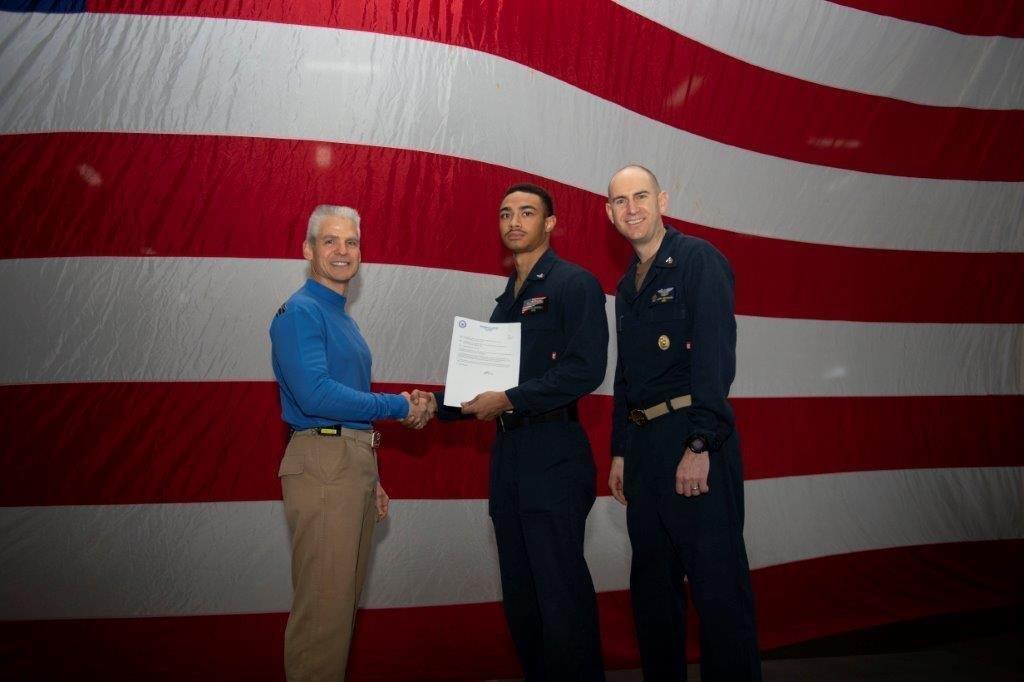 Cryptological Technician (Technical) 3rd Class Deondre Boswell, a 2018 graduate of Pinson Valley High School, was one of 140 Sailors to receive a promotion to the next paygrade.

Sailors were advanced based on a number of factors such as evaluations, exam scores, time in rate, awards and pass not advanced points. 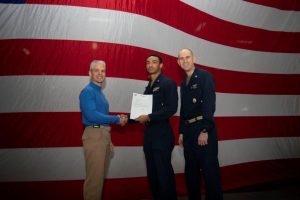 “This takes a lot of hard work, a lot of determination, moral fortitude, grit and resiliency,” said Higgins. “Thank you for the jobs that you do, thank you for the leadership you provide. You’ve earned it, keep it.”

Boswell said he was honored to be selected.

“This is another stepping stone towards a bigger goal in my naval career,” he said. “I’m excited to embrace the new challenges as well as responsibilities ahead.”