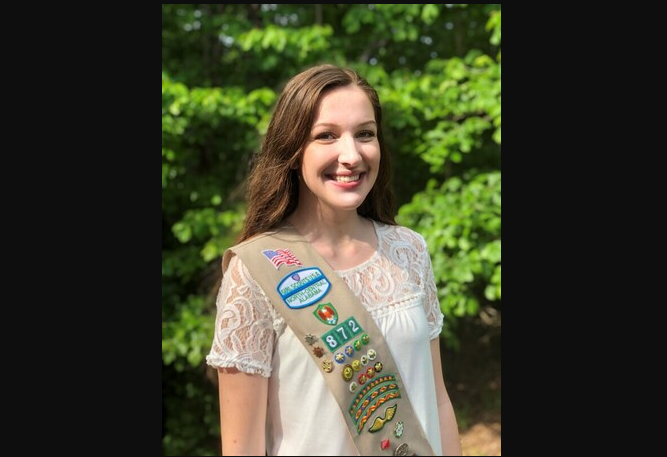 TRUSSVILLE — A Girl Scout from Trussville is working to spread awareness about the dangers of distracted driving.

Alex Rudick is an ambassador for Girl Scout Troup 872. For her Gold Award project, Rudick was inspired by her cousin, Jessica Butler, of Moody, who was killed in a crash in 2017.

“I mainly wanted to do it because everybody my age was about to start driving,” said Rudick. “Most everybody drives so this affects everybody instead of just one group of people.” 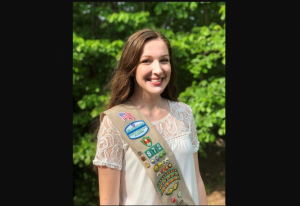 In fact, Rudick originally wanted to focus on Alzheimer’s Disease for her Gold Award project. But all that changed after May 26, 2017.

“After Jessica passed away, I knew I wanted to do something with that because it impacted so many people,” said Rudick.

Jessica Butler’s father, Don, wrote a letter that was read at her funeral. The letter pleaded to Jessica’s family and friends to put down their phones behind the wheel. After Rudick heard the words from a mourning father, she went home and started on her new goal for her Gold Award project.

According to the National Highway Traffic Safety Administration, 3,166 people were killed in distracted driving accidents in 2017. Rudick said while the statistics are disturbing, the reality is each and every one of those people had family and friends that will forever be impacted by their deaths.

“You hear about people dying in car accidents, but when it happens to someone in your family, it really hits you hard and then that’s all you think about,” said Rudick. “People don’t really think about it and they don’t think it will happen to them, but when it does, you can’t take it back.”

In one of Rudick’s videos, she sits down with Jessica Butler’s parents and friends to talk about the loss of their loved one. Butler was a 2007 graduate of Moody High School. In her senior year, she was voted Senior Class Favorite and Prettiest Smile. Butler graduated from the University of Alabama at Birmingham in 2011.

After 13 years as a Girl Scout, Rudick is happy to have a Gold Award project, but for her, it’s not all about the award. It’s about saving lives.

“If this reaches just one person, then I will have succeeded in my Gold Award project,” said Rudick.

Rudick has talked with lawmakers about creating a hands-free law for the state of Alabama. Her videos have also been made available to Driver’s Education instructors statewide.

All of the videos Rudick has made, the letter read at Butler’s funeral and more information on distracted driving are posted on Rudick’s website, https://onedistraction.weebly.com/.