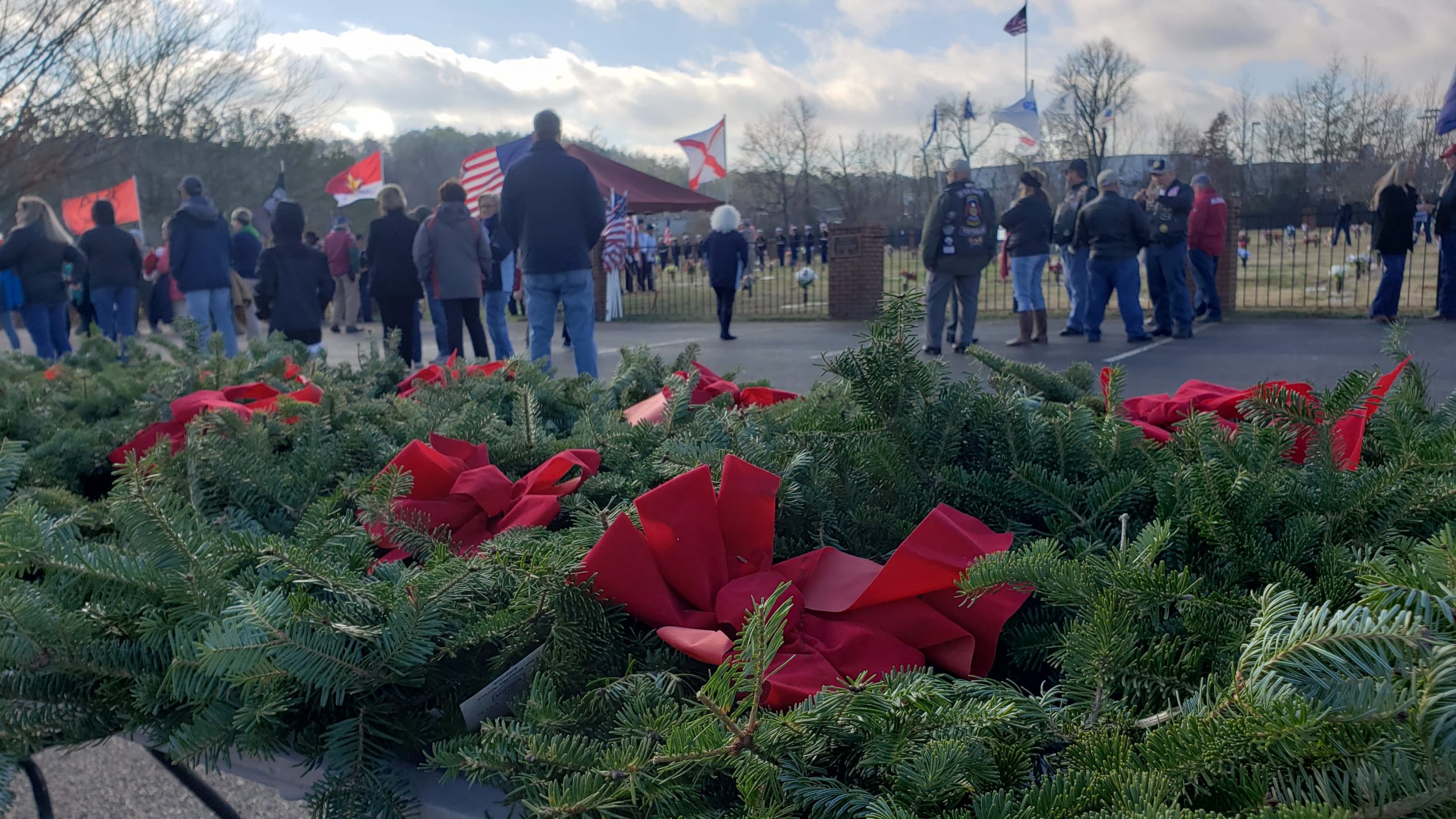 TRUSSVILLE — The city of Trussville paused to remember those who made the ultimate sacrifice for freedom, during Wreaths Across America, on Saturday, Dec. 14, 2019.

The ceremony at Jefferson Memorial Gardens began with the sound of cannons fired by the Alabama Artillery Group. Following the demonstration came a moment of silence. Taps was played on bagpipes, while veterans and active duty personnel stood stoically around the Veterans’ section of the cemetery.

Trussville Fire and Rescue and the Center Point Fire District joined ladder trucks to hoist a large United States flag. Dozens of community members, including Trussville Mayor Buddy Choat, surrounded the ceremony as wreaths were placed for all branches of the military. As the procession made its way to place the wreaths, it was surrounded by members of the Marine Corps League and American Legion SSG Michael W. Hosey Post 205. 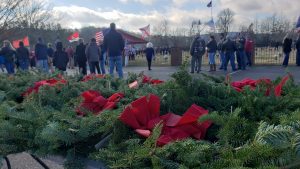 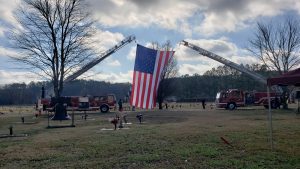 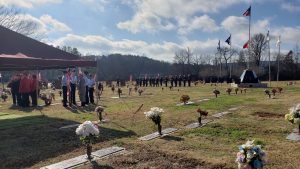 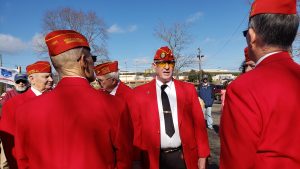 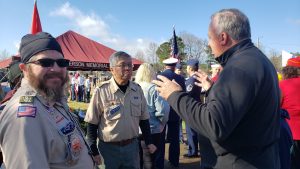 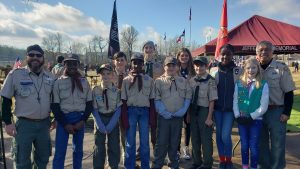 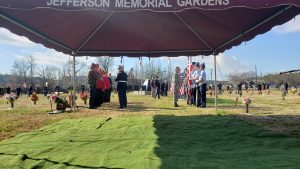 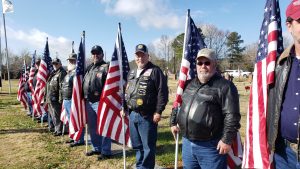 USMC LtCol Troy Cable addressed the crowd, reminding the crowd about the sacrifices made.

“The freedoms we enjoy today have not come without a price,” said Cable.

“They are here for patriotism and to remember the military people that serve for us and protect us,” said Kin Lum with Boy Scout Troup 216.

Girl Scout Lilee Richards said she believes it’s important for kids to take part in patriotic ceremonies such as Wreaths Across America.

“Troops serve our country and they protect us so it’s important for us to serve and show our respect,” said Richards.

The five Gold Star families were representing the following men who lost their lives:

Kelly Stevin Prewitt was killed in action on April 16, 2003. He was a student of the Cathedral of the Cross in Center Point. He was awarded the Purple Heart. He was 24.

Wreaths Across America is a national project that coordinates wreath-laying ceremonies at over 1,600 locations across the United States. The mission is to place a wreath on every veteran’s grave throughout the nation.

Wayne Odell, veteran and president of the Birmingham Fleet Reserve Association (branch 112) and spokesperson for Three Hots and A Cot, said they were short 150 wreaths at Jefferson Memorial Gardens this year.

“I am pleased with the support from the community but we still need more wreaths,” said Odell. “I am hoping to get the word out and hopefully more people will help next year.”

After the ceremony, participants were asked to take a wreath to place on the grave of a veteran.  You can watch the video from the ceremony below.