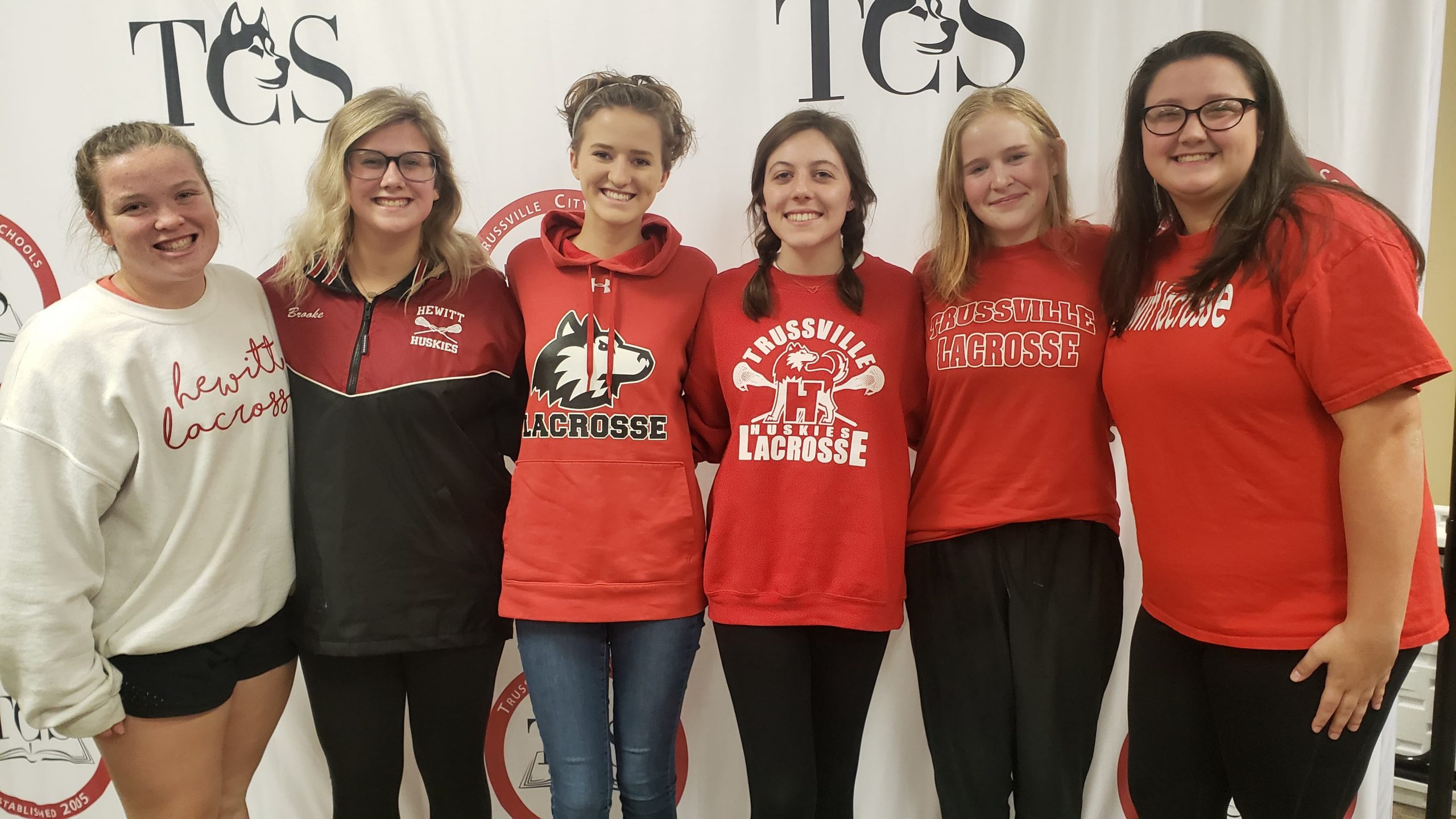 Girls Lacrosse Team begs for use of Hewitt-Trussville football stadium

TRUSSVILLE — Several members and parents of members of the girls’ lacrosse team at Hewitt-Trussville High School, presented concerns to the Trussville City School Board, on Monday, Dec. 16. After three years of requesting the use of Huskey Field, the group said they feel their requests are being ignored by school officials.

The team would like to use the field for home games. There would be 6-10 home games each season. The team is currently using the youth football field, which they say is not of regulation size or up to standards for their games.

Tandi Smith, who serves on the city’s Park and Recreation Board, also serves as a liaison for the Lacrosse Program. Smith’s daughter is also on the lacrosse team. Smith said the team has been requesting use of the field for over three years. She said she was recently informed that those who would make a decision on which sports can be played at the stadium were Athletics Director Lance Walker, Head Varsity Football Coach Josh Floyd, Facility Coordinator Barry Davis and Hewitt-Trussville High School Assistant Principal Barry Allphin.

After extensive research, team parents have come up with solutions to various concerns relayed to them during denial of use of the football stadium, according to Smith. They emailed letters to Walker, Floyd, Davis and Allphin, and copied Mayor Buddy Choat and Superintendent Pattie Neill on the emails. 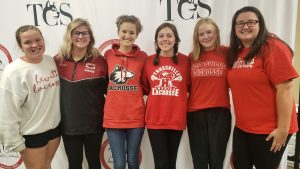 Among concerns given to the lacrosse team were painting on the field, wear and tear on the field, lighting and cleanup and possible scheduling conflicts.

Smith and other parents contacted the manufacturer of the turf field to find the best water-based chalk spray, that Smith said would not cause a “ghosting” effect on the field.

“This is the chalk we plan to use, it does not hold up to heavy wear and tear, but we plan to remove the lines after each game,” said Smith. “This spray does not cause ghosting and it is water-soluble.”

As far as to wear and tear, Smith said the team has an insurance policy from the US Lacrosse Association for up to $1 million in damage.

“However, If the field can be damaged in only 12 hours of game time, why is the football team allowed to practice on it?” Smith asked. “Why was Nick Sabin allowed to land a helicopter on it? We are asking to use it for less time in a year than the football team uses it for practice in a week.”

Smith also said the team would pay for lights and cleanup of the stadium. The team is willing to be flexible with scheduling and set games for days when no other team is using the field.

Another concern relayed to the team was the fact that the games are not sanctioned by the AHSAA. Smith said none of the other teams in their league, including Oak Mountain, Spain Park, Hoover, Mountain Brook and Vestavia, are sanctioned either. Those teams, however, are allowed to play at their stadiums, although Smith said some of them don’t have to use their football stadiums because they have their own lacrosse fields. Smith pointed out that other teams have been allowed to use the stadium, such as track and field. Events such as the Special Olympics and the Senior Games have also been held at the stadium.

“They have even allowed the University of Tennessee to practice on the field,” Smith said. “We are affiliated with both the high school, as a club team and the City of Trussville as a rec team. Our players live in Trussville. Just because our students don’t play football or run track shouldn’t exclude them from using this fabulous facility.”

Parents who came to the school board meeting Monday, such as Amy Nielsen, said they want to see their athletes treated equally.

“I’m kind of disappointed and sad for our kids,” said Amy Nielsen. “They play so hard. They put so many hours into it. They just want a chance to have what some of the other sports have.”

Nielsen’s daughter, Brooke, has been playing lacrosse for five years.

“The sport itself is so much fun, said Brooke Nielsen. “It’s complicated but once you learn about it, it’s so enjoyable.”

Brooke Nielsen addressed the school board about the request to use the football stadium. She said the youth football field is often unusable, muddy and uneven.

“It is embarrassing when teams such as Auburn, Mountain Brook, Oak Mountain, Vestavia and others come to play on a grass field while they play their games in beautiful stadiums or at least turf fields made specifically for lacrosse,” said Brooke Nielsen. “For some of our visitors, the field we currently play on is their only impression of our city, while we have much more to offer.”

Brooke Nielsen said some games have had to be canceled or rescheduled because of the condition of the field.

“This reflects badly on Trussville as a whole city,” Brooke Nielsen told the board. “Because we play on a rundown, grass field it gets muddy very quickly, and the mud and water cause the strings on our expensive sticks, as well as the other team’s, to wear down very quickly. If we were allowed to play in our stadium it would solve the majority of these problems.”

The boys lacrosse team has also been told they are not allowed to play at the stadium. A parent of one of the team members said the boys team has been practicing on the field at Clay-Chalkville High School.

According to the school system’s website, Hewitt-Trussville Stadium is a state-of-the-art, $14.6 million facility. Husky Field has artificial turf, which cost about $400,000.

Athletic Director Lance Walker has not responded to a request for comment. Trussville City School Board Superintendent Dr. Pattie Neill said the board will discuss the concerns of the people who presented at Monday night’s meeting and will get back with them at a later date.