TRUSSVILLE — The Hewitt-Trussville football team continued its run of sending its athletes to top colleges throughout the country as four players each signed their national letters of intent on Wednesday to further their athletic and playing careers at the next level.

Moore was recently honored with his Adidas All-American jersey during a ceremony put on by the 2020 All-American Bowl Road to the Dome tour. The annual East vs. West matchup will be played in the Alamodome in San Antonio, Texas, on Jan. 4, 2020.

The safety had around 30 offers prior to selecting Alabama.

Moore will begin his tenure with the Crimson Tide next month. 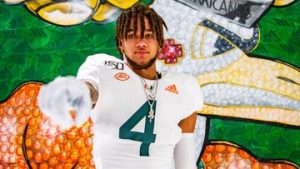 The senior is ranked as the 13th best player in the state of Alabama, according to 247Sports. He was previously committed to Alabama before changing his mind early this past summer. He made an official visit to Miami in June. According to media reports, it was Worsham’s relationship with the Hurricanes’ coaching staff that secured the commitment. 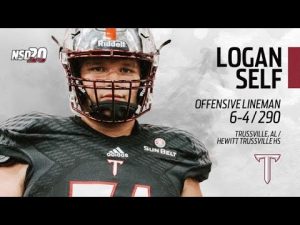 Offensive lineman Logan Self signed his letter of intent to play football at Troy.

Self was the leader of an offense line that paved the way for Hewitt Trussville to set a school record with nearly 459 yards per game on offense this season. Self was named to the USA Today All-USA Alabama football second team following his junior season. He is rated as one of the top 120 offensive guards in the country, and he is a top 75 player in the state of Alabama, according to 247Sports.

Four-star defensive lineman Eric Taylor will next join the ranks of the No. 1 team in the nation, LSU.

Taylor is rated as a four-star prospect and ranks as the nation’s No. 25 overall defensive tackle. He is Alabama’s No. 13 overall prospect for the class of 2020, according to 247Sports.

Taylor committed to LSU over offers from Alabama, Auburn and Florida, among others.

“I want to start by thanking God who made all of this possible,” Taylor said during his commitment. “I also want to thank my beautiful mom who has stood by me and guided me through the fun and trying process. I want to thank my sister for her great advice. I want to thank my high school coaches, especially coach Rudy Griffin, who had been a huge mentor and support in preparing me for the next level. l am grateful to my teammates and teachers for helping me become a better student athlete. And lastly, I want to thank coach Orgeron, coach Robinson, coach Johnson, coach LaCouture and coach Udeze for giving me this amazing opportunity.” 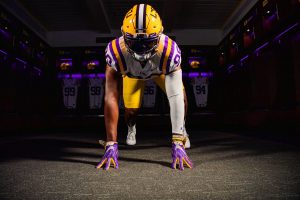