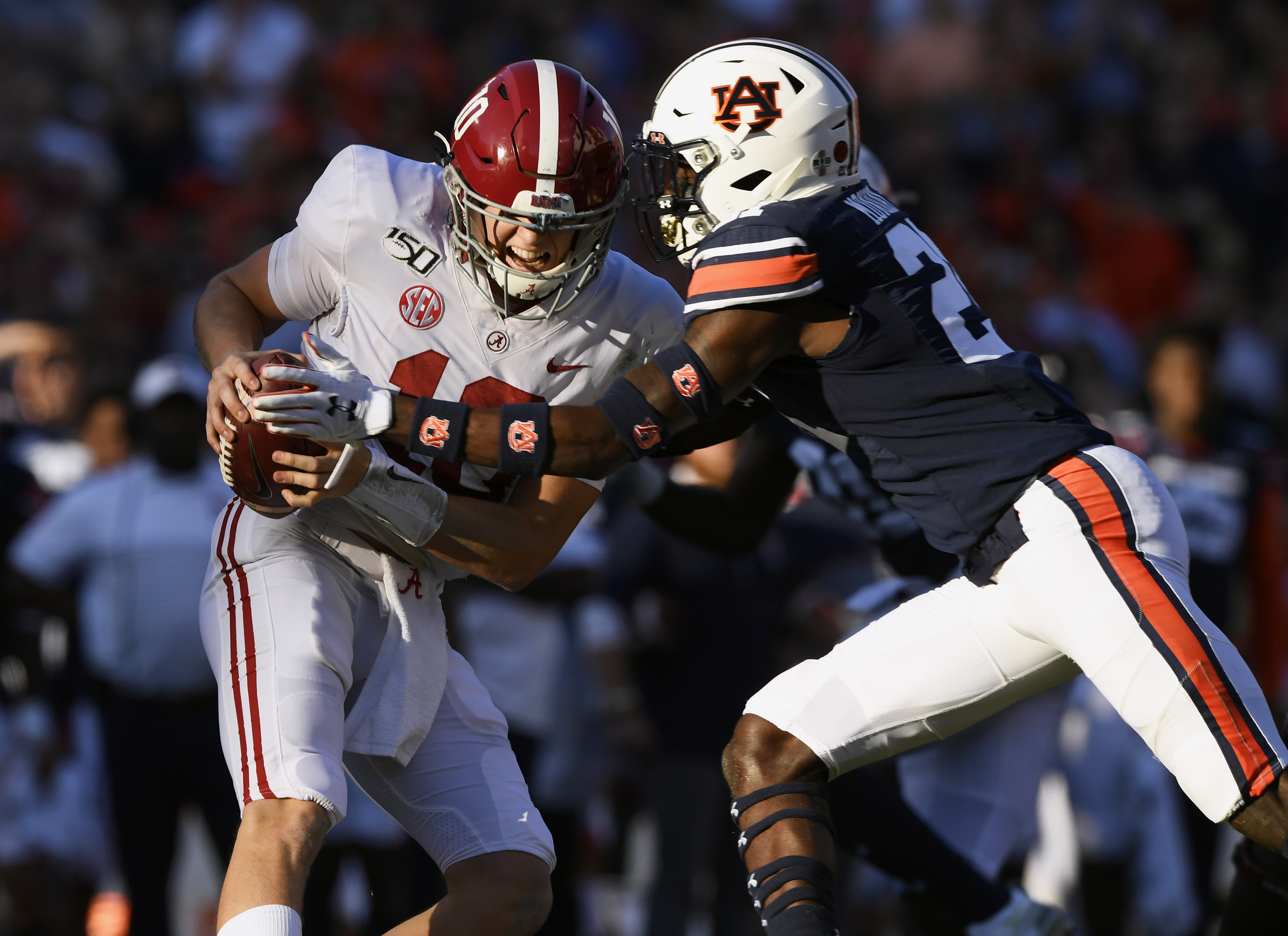 BEST IN CLASS (based on 247 Sports composite rankings through Wednesday afternoon): Alabama, Georgia and LSU each landed at least two five-star players, led by the Crimson Tide signing Bryce Young, Chris Braswell and Drew Sanders. Young, the sixth-ranked player in the nation, is a dual-threat quarterback who led Mater Dei to a California state title this season. Young could become the heir to Tua Tagovailoa after picking the Crimson Tide over Southern California.

BEST PLAYER: Five-star DL Jordan Burch, the fifth-ranked player nationally out of Columbia, South Carolina, announced he’s staying home by committing to South Carolina. He’s the highest-ranked commitment for the Gamecocks since Jadeveon Clowney in 2011, and his high school quarterback is coach Will Muschamp’s son.

WHO STOCKED UP: LSU, Georgia, Auburn, and Texas A&M also secured five-star recruits — with the highest ranked player going to the Tigers. Ninth-ranked Arik Gilbert was named the Gatorade National Football Player of the Year this week and was given the award by Atlanta Falcons quarterback Matt Ryan in front of teammates in Marietta, Georgia. The 6-foot-5, 255-pound tight end caught 102 passes for 1,735 yards and 14 touchdowns in leading the Blue Devils to a Class 7A state championship.

WHO FELL SHORT: Somebody has to in this loaded conference and, by the numbers, they’re Missouri and Arkansas after both were ranked in the 80s. It probably didn’t help that both teams had coaching changes. The Tigers’ lone four-star signee was Javian Hester, a wide receiver out of Tulsa, Oklahoma. The Razorbacks landed wide receiver Myles Slusher after he flipped from Oregon.

TAKEAWAY: With six teams ranked in the top 10, the rich got richer. Alabama coach Nick Saban spoke on his prized quarterback recruit by saying “Always important to get a really quality quarterback which, you know, we feel really good about Bryce, a young guy who’s outstanding as a high school player, very mature, very smart, good leader, played in a great program, has high expectations for himself as well as what the team should accomplish.”