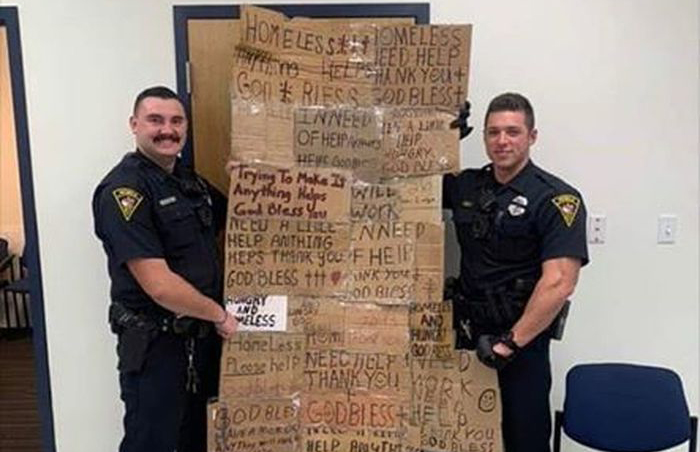 MOBILE, Ala. — A police chief in the south Alabama city of Mobile is apologizing for an officer’s social media post appearing to ridicule homeless people that was shared widely over the holidays.

The Facebook post showed two Mobile Police officers, holding what the post called a “homeless quilt” made of cardboard signs that apparently had been confiscated from panhandlers around the city, according to media outlet al.com.

“Wanna wish everybody in the 4th precinct a Merry Christmas, especially our captain. Hope you enjoy our homeless quilt. Sincerely Panhandler patrol,” the post read.

“Although we do not condone panhandling and must enforce the city ordinances that limit panhandling, it is never our intent or desire as a police department to make light of those who find themselves in a homeless state,” Battiste said.

Both officers are recent graduates of the Mobile Police Academy and the picture appears to have been taken inside a police department office, al.com reported.

It is unclear if there will be an investigation or if the officers could face reprimand.

Mobile passed a panhandling law in 2010. It stipulates that asking for money is only allowed outside of a downtown area popular with visitors. Panhandling in the restricted zone can result in a fine of up to $500, community service and up to 6 months in jail.