LATEST NEWS
Home Sports Saban vs. Harbaugh in the Citrus Bowl, with much at stake 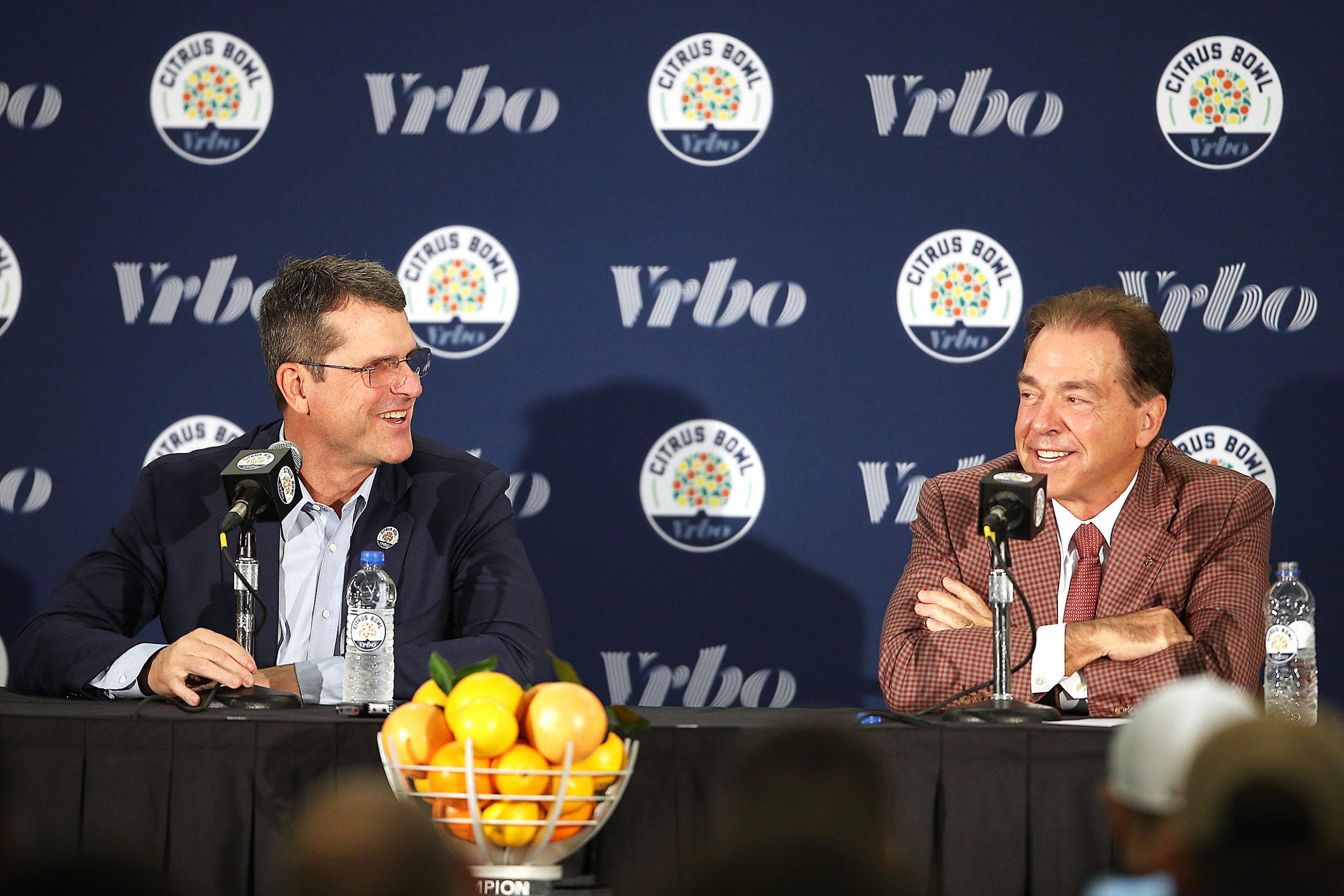 Saban vs. Harbaugh in the Citrus Bowl, with much at stake

ORLANDO, Fla. — Nick Saban wants his players to know their final game will be unforgettable.

His remains that way. It was in 1972, and Kent State lost. And that memory might bother Saban more than usual this week, considering he has come full circle. He is back exactly where that loss happened. 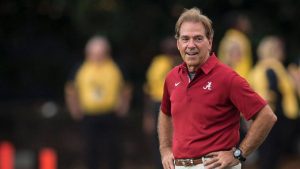 Saban and ninth-ranked Alabama (10-2, No. 13 CFP) will face off with Michigan on Wednesday in the Citrus Bowl at Camping World Stadium. Back when Saban played, the game was called the Tangerine Bowl and it was played at a stadium bearing the same name — as was the case when Kent State fell to Tampa on Dec. 29, 1972, in the final game of his playing career.

“We’ve been in the championship game seven out of the previous 10 years before this and we’ve been in the playoffs, I think, eight times,” Saban said. “We’re not. So that’s disappointing to everyone. And I think you can say ‘we had a lot of adversity’ … but I think we could have done better.

The game gives Michigan quarterback Shea Patterson a second chance against the Crimson Tide. He was the starter for Mississippi on Sept. 30, 2017, when the Rebels went into Tuscaloosa to face the then-No. 1 team in the country.

“Completely different player back then, and I was just happy to get the experience,” Patterson said.

Michigan coach Jim Harbaugh raves about his quarterback, saying Patterson “can make all the throws.”

“And his accuracy has just gotten better and better,” Harbaugh said. “His understanding is at a very high level. And then he can run. He can get out of the pocket. He can create plays. He can create space. And he’s effective both as a runner and a thrower.”

Mac Jones will remain the starter for Alabama after he took over when Tua Tagovailoa was lost for the year because of injury. Tagovailoa hasn’t said if he is entering the NFL draft or returning to Alabama for his senior season.

He’s on the trip with Alabama, and time will tell if the Citrus Bowl will be the end of his college days.

“He’s so positive. He’s so upbeat. And that’s how he’s been throughout his rehab now,” Alabama offensive coordinator Steve Sarkisian said of Tagovailoa. “He’s in really good spirits. I don’t think there’s a guy who supports Mac more than Tua. But that’s who the guy is. And, you know, wherever his future holds for him, this guy’s going to be successful in life. And I think, as coaches, that’s all you can ask for.”

Alabama and Michigan are playing for the fifth time, and none of the meetings have been in Alabama or Michigan. The last game was in 2012, when Alabama won at the Dallas Cowboys’ home in Arlington, Texas. All other meetings have been in Florida: a Michigan win in the 1988 Hall of Fame Bowl, Alabama’s win in the 1997 Outback Bowl and Michigan’s overtime win in the Orange Bowl on Jan. 1, 2000, exactly 20 years to the day prior to this matchup.

Alabama will be without junior linebacker Terrell Lewis and senior defensive back Trevon Diggs, both sitting out as they prepare for the NFL draft. Michigan defensive tackle Michael Dwumfour is also going to miss the game, because of injury. Dwumfour “had a medical procedure that prevented him from traveling and participating in the bowl game,” the Wolverines said.

For as storied as these programs are, this stat just seems peculiar. The loser of this game will endure its 27th bowl defeat, tying Nebraska for the most in college football history. (In fairness, that’s also a byproduct of playing more bowl games than all other schools, which Alabama has by a wide margin.) Alabama is 41-26-3 in its bowl history, Michigan is 21-26. Nebraska is 26-27 in its bowl history.

Some future Alabama and Michigan players are scheduled to take the same field at Camping World Stadium on Thursday for the Under Armour All-America Game. There are five Crimson Tide and three Wolverines signees listed on the official rosters for the matchup.