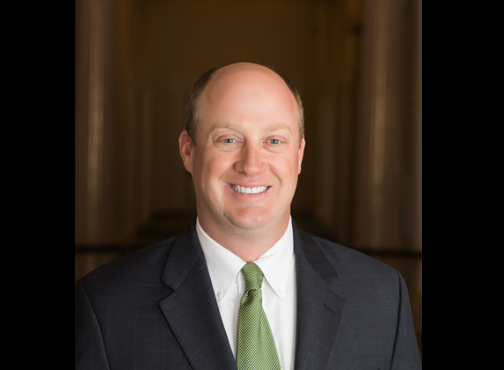 By Lt. Gov. Will Ainsworth

Trump Derangement Syndrome has reached epidemic level among extremist liberals and their allies in the national news media, and its symptoms were in full manifestation last week when the president retaliated for the unprovoked attack on the U.S. embassy in Iraq.

As everyone is aware by now, angry mobs violated American soil and laid siege to our embassy as brave U.S. Marine guards protected our diplomats inside.

Upon learning that the riots were not spontaneous protests, but rather fully orchestrated attacks planned and organized by Iranian General Qasem Soleimani, President Trump took immediate and forceful action.

Soleimani led a group that the State Department had officially declared a “foreign terrorist organization” and was directly credited with the deaths of 608 American soldiers.

As his vehicle was leaving the Baghdad airport, Soleimani, whose mere presence offered even more evidence of his involvement in the embassy attack, was struck and killed by laser-guided Hellfire missiles fired from a U.S. drone traveling at 230 mph.

Four other violent, Iran-backed militia leaders and four senior Iranian military officials were also killed by the silent Reaper drone, which was piloted by soldiers located several hundred miles away.

President Trump posted a lone image of an American flag on his Twitter account shortly after the strike.

Rather than celebrating the death of known terrorists whose hands were permanently stained with the blood of hundreds of U.S. soldiers, Nancy Pelosi, the entire field of Democrat presidential candidates, vacuous Hollywood stars whose opinions count for naught, and the members of the leftist press hailed Soleimani as some kind of martyr who was immorally targeted for destruction.

Even after the Pentagon announced it possessed that Soleimani was “actively developing plans to further attack American diplomats and service members in Iraq and throughout the region,” the mournful wails of Washington liberals continued unabated.

Perhaps they would have been happier if President Trump had followed the Obama-era policy of Iranian appeasement by offering pallets of cash in hopes of purchasing their good will and friendship.

But just as Chamberlin’s appeasement of Hitler failed in the 1930s, the weak-kneed Obama approach has proven equally impotent today.

I applaud President Trump for using a show of power to teach the Iranians that they may disrespect our culture and way of life, but they must respect our strength and might if they wish to survive.

Even before their irrational reaction to Soleimani’s death, there was ample evidence to show that liberals were in the deepest throes of Trump Derangement Syndrome.

Consider for a moment that since President Trump took office, the U.S. economy has sustained the longest expansion in our nation’s history, the stock market consistently sets new record highs, and unemployment is at its lowest level since statistics have been kept.

Similarly, Alabama reaches new employment benchmarks each month, and many businesses are finding it hard to hire new employees because there are more jobs available than workers to fill them.

New industrial expansions are announced across our state almost daily, and many Alabamians who felt hopeless just a few years ago possess renewed hope today.

Rather than celebrating the man whose generous tax cuts and pro-business philosophy created this historic economy, liberals in Congress chose, instead, to reward him by passing baseless impeachment articles while simultaneously denying him the basic due process rights that the Constitution guarantees.

Since taking his oath of office in 2017, President Trump has kept the promises he made to the citizens who elected him.

He has made America strong again.

He has made America safe again.

He has made America prosperous again.

And he has made America great again.

I continue to offer President Trump my thanks and my full-throated support, and I encourage all of my fellow Alabamians to join me in doing the same.