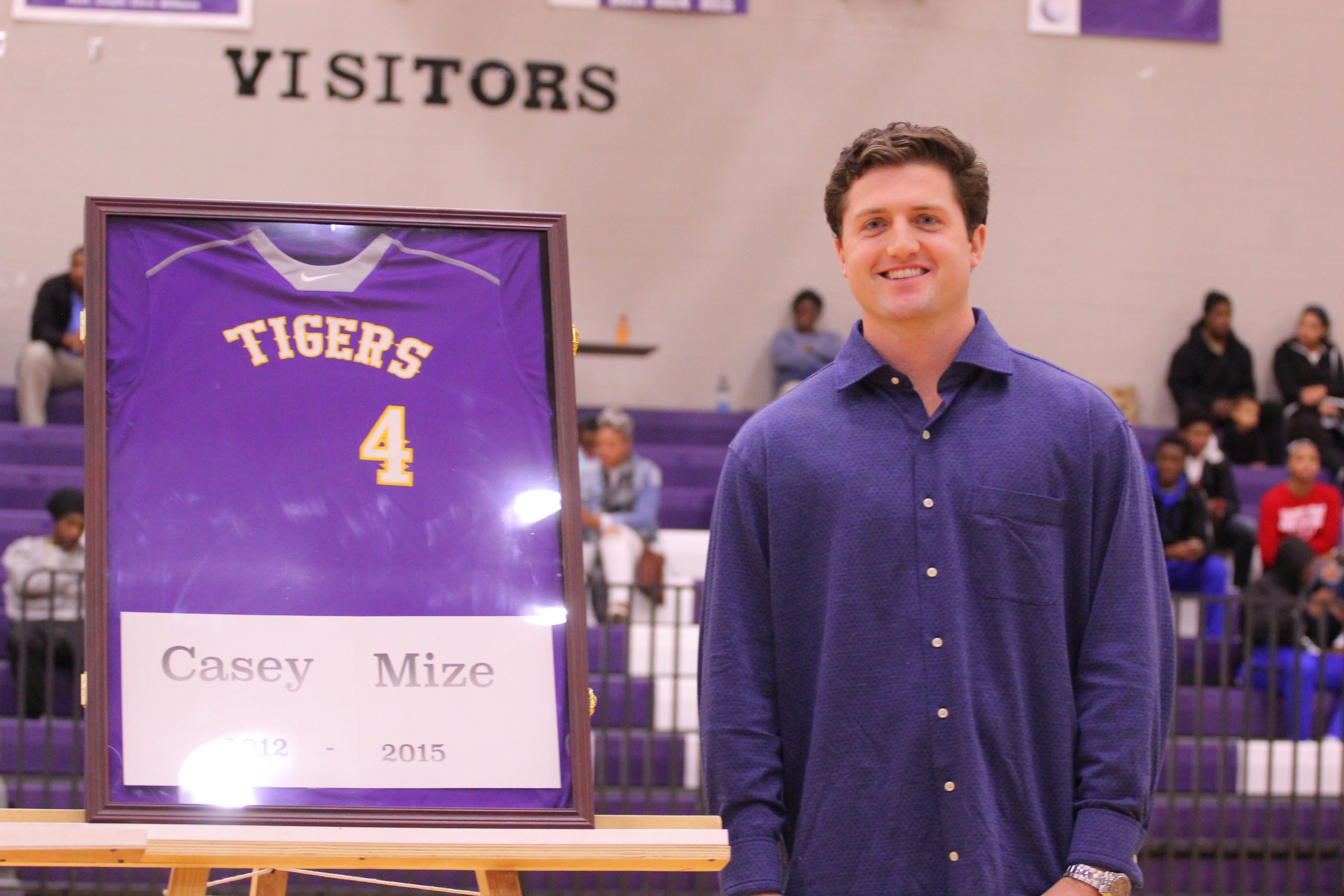 SPRINGVILLE – One of the best, if not the best, players even to don a Springville High School baseball jersey witnessed his legacy become encased in Tigers’ lore on Friday as Casey Mize returned home to take part in a jersey retirement ceremony before a packed house just prior to the start of the Center Point vs. Springville boys’ basketball game.

“Casey is here tonight for us to honor him,” Springville baseball head coach Jonathan Ford said. “For all of his accomplishments while at Springville, at Auburn and is still progressing in his professional career. But most importantly, to honor the type of man that he is and the legacy that he will leave behind here at Springville.”

Mize, now a member of the Detroit Tigers’ minor league system, ended his run at Springville High School rated by PerfectGame.com as the second-best prep pitcher in Alabama. Despite his dominance in high school, the right-hander went undrafted in 2015. This follows a high school career where in which Mize went 19-2, was a 2014 Underclass High Honorable Mention by Perfect Game, was selected for the North-South All-Star Game as a junior and went 3-0 as a senior with 34 strikeouts and a 1.83 ERA.

“It’s rare to look back at a young kid’s dreams and then you find out that they actually stay on that path and actually reach those goals,” Ford said. “Casey, early on, his dream was to play baseball.” 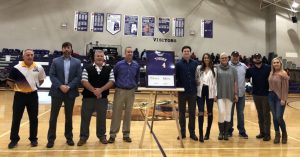 Casey Mize, along with family and coaches. Photo by Joshua Huff.

Despite the questionable spurning by the MLB, Mize continued on a path tread by most baseball players: college. The 6-foot-3 strikeout machine departed for Auburn and cemented his name as one of the top prospects in the nation. In his three seasons with the Tigers, Mize became the first two-time All-American at Auburn since pitcher Gregg Olson, threw Auburn’s first no-hitter in 16 years as a junior, led the NCAA in strikeout-to-walk ratio in 2017, had the lowest WHIP in the SEC in 2018, and recorded 324 strikeouts, five complete games, 20 wins, and more appearances (46) than walks (43).

Behind a nasty splitter that baffled opponents throughout his time at Auburn, Mize became the first college player to be selected with the No. 1 overall pick after going undrafted out of high school since Stephen Strasburg in 2009.

“As Casey was approaching the draft, I received quite a few phone calls,” Ford said. “That came from either the media or that came from the scouts. Each scout that called wanted to know about the person, not about the skills. So, those conversations were easy. But the media, they had a different question. It went something like this: ‘Did you think Casey would end where he is with the possibility of being the overall No. 1 draft pick?’ My response there was pretty simple, as well: ‘There’s no way I could have predicted it. But when you put the character and work ethic together there’s a reason he is where he is.'”

As Mize works his way through the minor league system, he has done nothing but assure his status as the No. 1 prospect in Detroit’s farm system. In his first appearance in Double A, Mize threw a no-hitter for the Erie SeaWolves, which earned him the Performance of the Year as voted on by MiLB.com.

In 26 games in the minor leagues, Mize has ascended from rookie ball, through Class A advanced and into Double A. During that time, Mize is 8-4 with a 2.71 ERA in 123.1 innings pitched. He has 120 strikeouts and has allowed just 26 walks. Baseball Prospectus has just named Mize the top prospect in the Tigers’ system.

“Talent is one thing, which he has an abundance of,” Ford said. “Desire is another, which is evident in the work that he puts in. Character is what sets him apart. Casey was always one of the first ones to pick up a rake to do the work on the field. Many times I would send him to work with the middle school pitchers on pickoff moves and things like that. As a freshman, I made the team write down their goals. Casey’s goal was to be a leader. That’s rare for someone that young to have that mindset.”