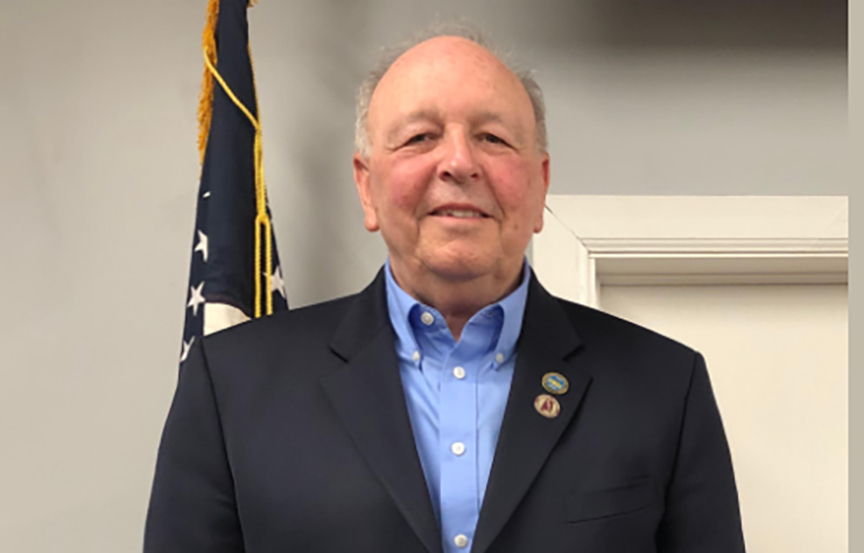 CENTER POINT — Center Point Mayor Tom Henderson was the guest speaker at the Center Point Area Chamber of Commerce luncheon on Tuesday where the city’s first mayor gave his State of the City Address.

Henderson has been Center Point’s only mayor since the city was incorporated in April 2002.

Despite a rash of negative news surrounding the eastern Jefferson County city as of late, Henderson chose to infuse a touch of optimism in the speech before a packed room in the Center Point City Hall. The crux of the city’s image problem, Henderson said in December, was the degradation of the Woodside Condominiums along with a spike in crime throughout the Shadowood Circle area — one of Henderson’s new initiates set to take place this year will target rental properties in an effort to improve the living conditions.

Yet, despite the negative coverage, Henderson said that there’s much to be proud of in Center Point.

“There’s so many things that have taken place in this last year and the new things happening in the new year,” Henderson said.

The new library is set to open in February 2020.

“If you haven’t seen the library, you’re in for a pleasant surprise,” Henderson said.

The mayor expects the new addition to have a significant impact upon the city. Henderson is optimistic that the library will have a positive impact on the students throughout Center Point, as the building will be within walking distance of all four schools.

The mayor expects the Cherry Palmer dog park on Saturn Lane to open in the spring. The park is dedicated to former Center Point horticulture maintenance supervisor, Cherry Palmer, who was struck and killed in 2018 while planting flowers in the median along Center Point Parkway.

Study of Crime in Center Point

Center Point has been working with the Department of Justice on a study of crime in the city. That study has been completed, Henderson said.

“At this time, there are two training classes,” Henderson said. “One is Feb. 5-6, 2020, on diversity and inclusion for law enforcement, enhancing cultural responsiveness. The second is scheduled for June or July and it is for extensive training for school resource officers, especially for events that will be held at schools.”

The report will be released to the public in the coming months.

Despite losing two large businesses this past year, Center Point has had a net increase in businesses moving into town.

“This serves as a significant increase in construction in the city,” Henderson said.

Center Point, as of September 2019, had an overall balance of $1,669,120 at the end of the fiscal year, which indicates that the city is in solid financial shape.

Center Point will implement two new rental ordinances this year that will require all rental properties to be inspected once a year if occupied or if there’s a change in occupancy.

“This is so the rental properties keep the (buildings) up to code,” Henderson said. “It will make it safer and healthier for the residents.”

Henderson expects these codes to help the rental properties become a bigger asset to the city.

Center Point is working with Jefferson County Roads and Transportation to answer road complaints in an attempt to improve driving conditions in the city.