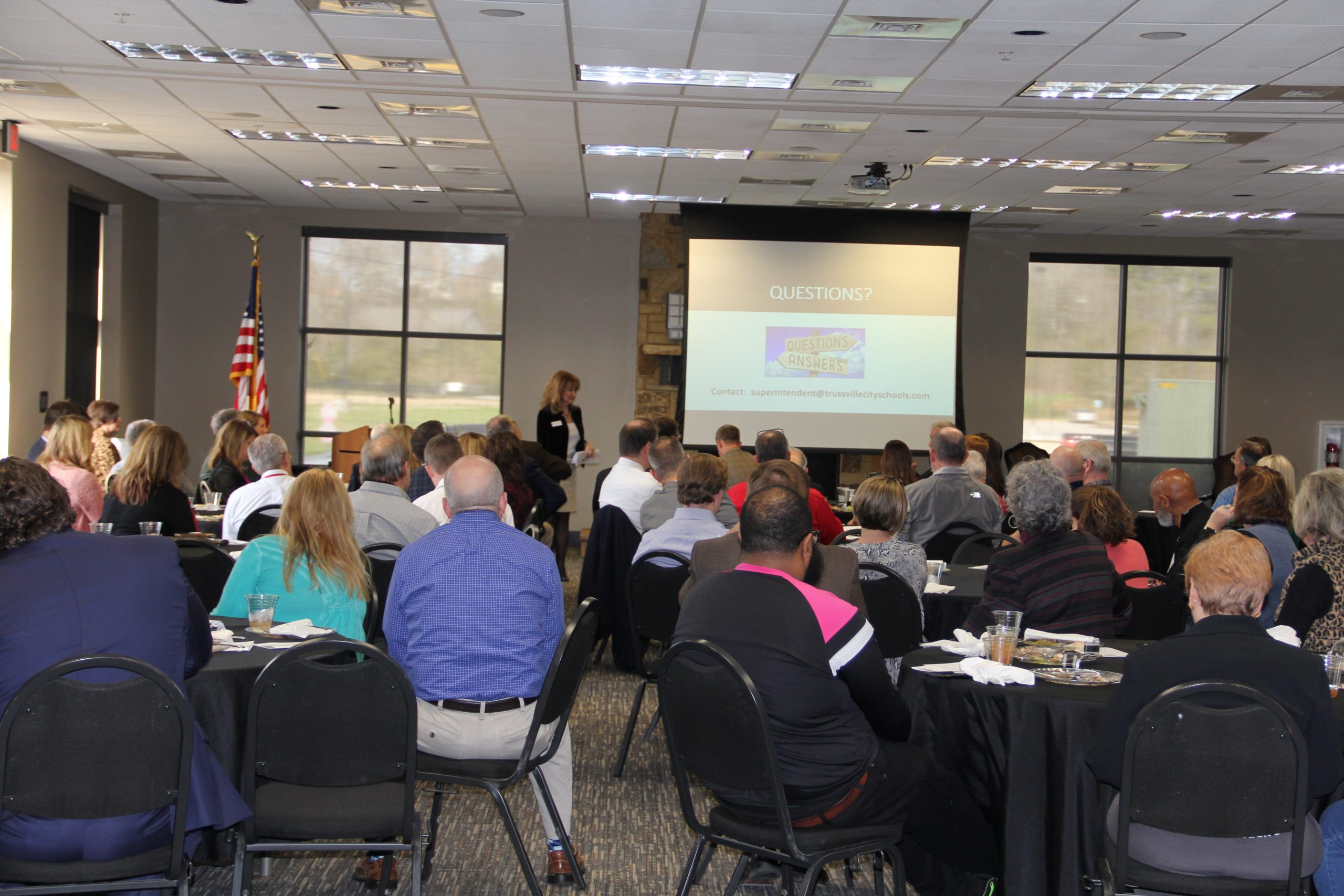 TRUSSVILLE – Trussville City Schools Superintendent Dr. Pattie Neill was the featured speaker at the January luncheon for the Trussville Area Chamber of Commerce.

As she took the mic, Neill thanked all of the people within Trussville City Schools that have made success possible. She also thanked community members, legislators, city services, parents, students and businesses that pitch in to improve excellence within the school system.

“No one person can do it alone,” said Neill. “It takes a whole village.” 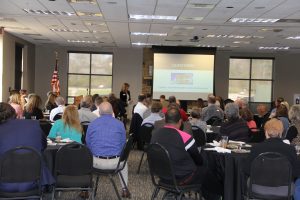 TCS was ranked second in the state in 2018. Although the school system was ranked fourth in 2019, Neill pointed out that the system stayed in the top of the rankings, with a score of 95.

“We’ll always be in that band,” Neill said. “That’s where I would want us to be. Every school in Trussville made an A on the state report card.”

The school system keeps up with how college freshmen from Hewitt-Trussville High School rank among their peers from other school systems. Neill said those reports show Trussville students do very well at the university level.

“If they go out into the university environment and don’t do well, our A’s don’t mean anything,” she said.

Neill said school leaders are not only focused on academics, but also on citizenship and character.

“I like the most that we have a well-rounded program,” she said. “It takes a lot of energy and a lot of people to do it.” 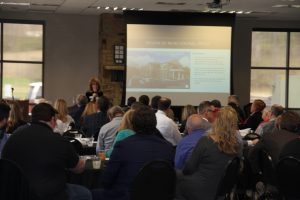 Neill presented the 2040 Strategic Plan for education. She said the system will “think out of the box.”

Continue strong relationships between the school system, the city and business partners.

Dr. Neill said the school system has outgrown its central office. The building, which used to house a preschool, does not have enough room for the system to have all departments under one roof. The school system plans to build a new central office on Gadsden Highway, across from Winn Dixie.

“There was a savings account started, 15 years ago, for a new central office,” said Neill. “That fund is separate from our school budget so we will be paying cash for that building, out of that fund that’s been collecting revenue for 15 years.”

Neill said no funding will be taken away from classrooms, athletics, students or teachers.

“It’s the entirely different pot of money,” said Neill. “We’re not taking away from anything for the students to build that building, and we shouldn’t and I wouldn’t go for it if we were.”

Neill said the renderings of the new central office show it will serve as a nice first impression for anyone coming into Trussville.
The superintendent also said her greatest thanks for the city is the fact that it has offered student resource officers (SROs).

“We have one of the greatest SRO programs in the state,” she said. “We are the only school system that I know of that has more SROs than schools. That’s amazing.”

Neill credited the SROs for keeping schools and their perimeters safe.

Neill said with five planned residential expansions in the city, including Stockton and Halcyon, the school system is counting lots and homes coming to the areas of all schools.

“We are looking at how much space we have,” she said. “We are counting permits.”

Neill said Hewitt-Trussville Middle School just opened a new wing with classrooms, a new band room, restrooms, workrooms and a space that includes an area for a storm shelter.

“I like the way that we are accommodating in the interim, but I don’t want Paine to get too big,” said Neill. “Somewhere in the school system’s plan for long-range, you might see a Carrington Elementary or a Stockton School that comes on the books, but not quite yet.”

“Not that we have major issues now,” Neill said. “But if we don’t keep it in check, we could.”

Neill said mental health issues are not remedied by punishment, but by recognizing signs and symptoms early. Some of those symptoms include social withdrawal, depression, anxiety, mood swings, loss of identity, paranoia, lack of empathy and many others.

Superintendent Neill hopes to work with the city of Trussville to develop an education corridor for job skills training, career readiness, an extended academy program, leadership and citizenship offerings. Neill said the corridor could free up space at the high school. She would like to see a facility or facilities near Hewitt-Trussville High School, offering a new concept of learning.

“This notion of classrooms shaped like boxes with a teacher and computers might not be the way of the future for high school students,” explained Neill. “We want to design it so that that location, in Trussville, becomes a premier destination for job training, secondary education and post-secondary education.”

Neill has also been in talks with Jefferson State Community College about working with TCS on a program for students and the community. She is also interested in looking into ROTC opportunities.

“I have been a part of an Air Force program and there was an aviation academy,” said Neill. “They learned to be pilots using simulators. It was very exciting.”

Neill said the plans depend on a bond issue at the state level.