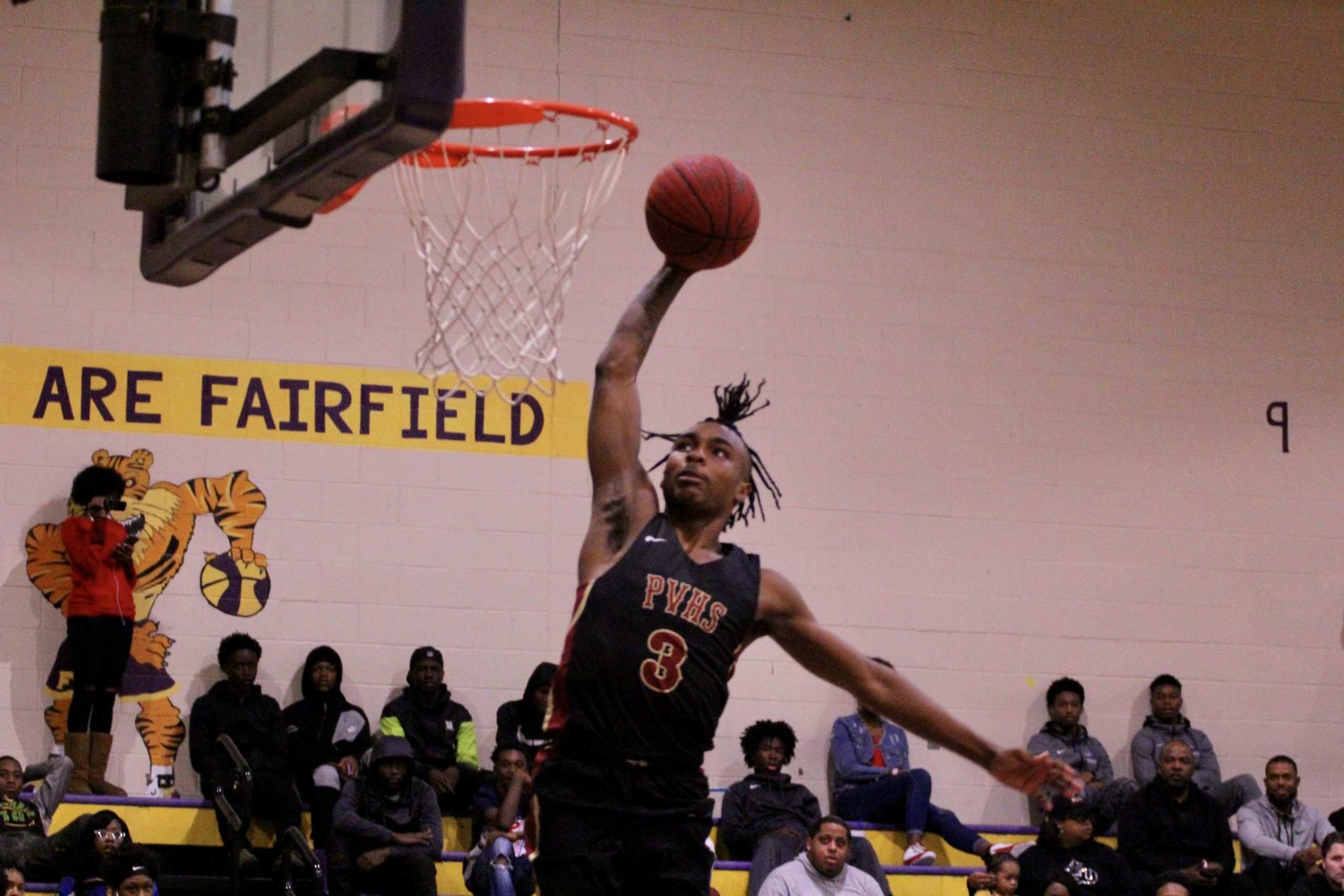 PINSON — Lost amid the success surrounding the Pinson Valley boys’ basketball team this season is the scoring achievement that senior point guard Kam Woods obtained in a victory against Columbus (Miss.) back in December.

In the 63-60 overtime victory at the Joe Horn Classic Showcase, Woods’ 26 points propelled him into the lofty 3,000-point club. Woods, a two-year starter with the Indians, has averaged 29.7 points in 54 games. This season, Woods sits top 5 in the country in points scored per game after averaging 36.3 points in 22 games, according to Maxpreps.

In his two seasons with the Indians, Woods has scored 1,602 total points. He has already scored 798 points so far this season.

The 6-foot-1 senior transferred from Midfield in 2018 after leading the Patriots to a Class 3A title in 2017; he joined current Pinson Valley head coach Darrell Barber in the transfer. In his three years as a starter at Midfield — he joined the varsity team as an eighth grader — Woods averaged 17.5 points in 97 games. Overall, he scored 1,696 points.

With six games left in the regular season, the Indians are gearing up to defend their Class 6A title. Leaving as a state champion will be a fitting exit for one of the best basketball players to step foot in the halls of Pinson Valley.

The Indians have won 10 consecutive games and sit at No. 1 in Class 6A.

Congratulations to @KamGlizzzy3 for surpassing 3,000 points in his career! He currently sits at 3,329 points.
The entire Indian nation is PROUD of you Kameron. #FearTheSpear pic.twitter.com/6qVQHG9nBS