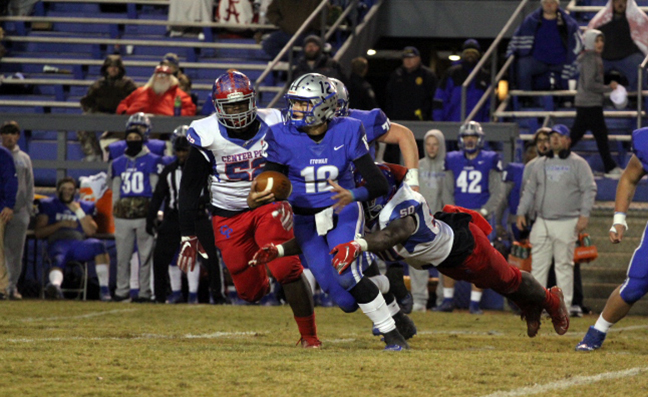 Tanksley, the reigning Class 5A AHSAA state track and field shot put champion, took home the gold at the Martin Luther King Indoor Track Classic after edging past Wenonah’s Berry Tindle by 4 feet. Tanskley placed in first with a distance of 48-03.75. Tindle placed in second after a throw of 44-01.00. Tanksley’s distance was 24 feet further than the last-place finisher.

Tanksley is no stranger to leading the pack, as the senior won the Class 5A state championship in shot put this past May with a winning throw of 58-04.

In addition to his dominance on the pitch, Tanksley finished his last season on the gridiron for Center Point with All-Tribune team second-team honors in both the offensive line and defensive line categories. Defensively, Tanksley finished this past football season with 49 tackles, one sack, 10 tackles for a loss, two forced fumbles and one fumble recovery.