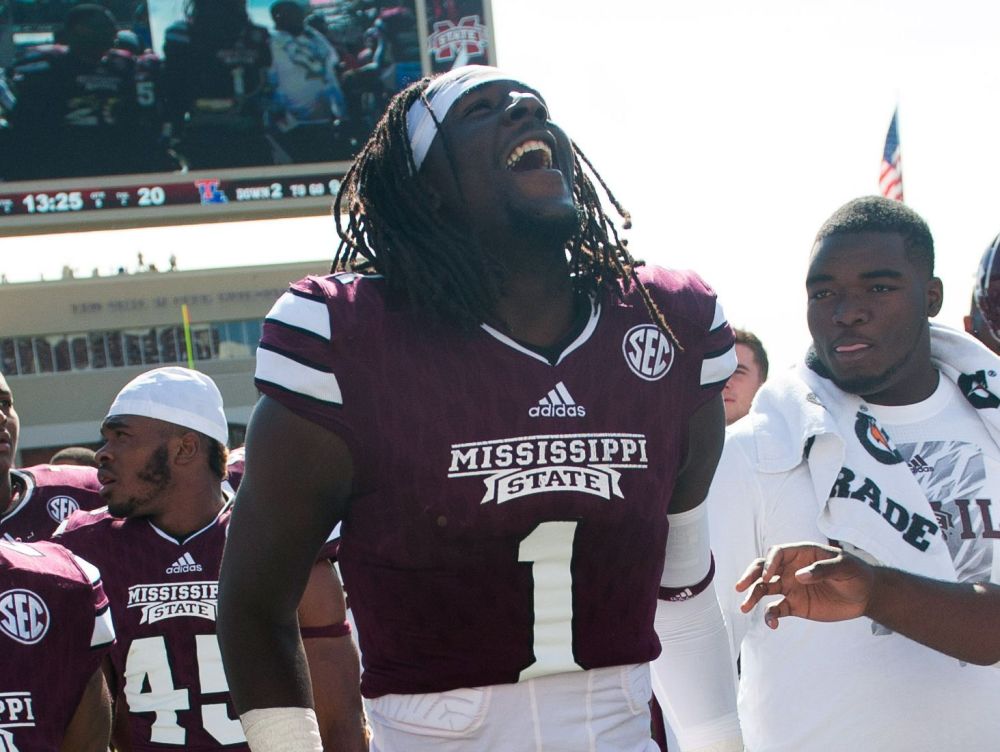 BIRMINGHAM — The death of a former Mississippi State football player whose body was found in a Birmingham house on Tuesday is being investigated as a homicide, authorities said.

Birmingham Police Sgt. Johnny Williams said in a video release that Wilson’s death is being investigated as a homicide. A cause of death wasn’t immediately released.

Wilson played football for Wenonah High School in Birmingham, and he was named Alabama’s Mr. Basketball in 2013. He went on to become a wide receiver at Mississippi State alongside future Dallas Cowboys quarterback Dak Prescott from 2013 through 2015, finishing his career with 133 receptions for 1,949 yards and 22 touchdowns, the second-most receiving touchdowns in school history. He left school early to enter the NFL draft but went undrafted. He later spent time on the Chicago Bears’ practice squad.

Tonight, we mourn the loss of former Bulldog De’Runnya Wilson. Our thoughts and prayers are with him and his family. Thanks for the many memories you gave us, “Bear.” #BearForceOne pic.twitter.com/M2DhnfcWRH