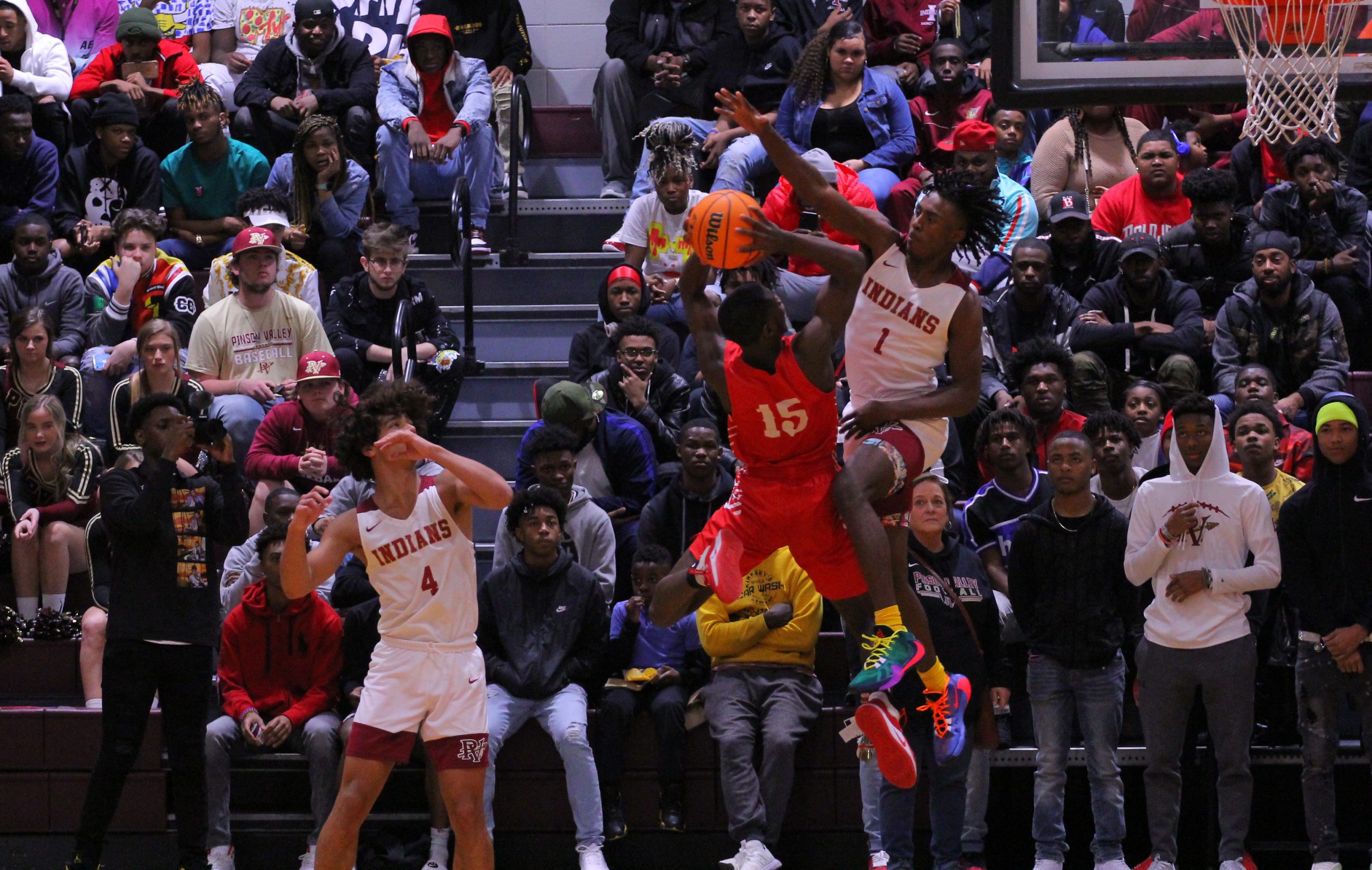 Pinson Valley rallies from 23 points down to stun No. 2 ranked Lee behind Wood’s career-high 52 points

PINSON — Behind senior Kam Wood’s career-high 52 points, Pinson Valley mounted a furious second-half rally to defeat the previously undefeated and No. 36 ranked team in the nation, Robert E. Lee, 83-82, after Wood’s two free throws with 5.9 seconds left in the game forced the Generals into a last-second desperation attempt that harmlessly bounced to the court.

The Generals had entered Saturday night’s contest at Pinson Valley 24-0 and as the second-ranked team in Class 7A, behind only Mountain Brook. 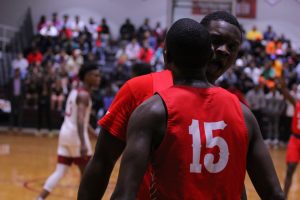 For the first three quarters, Lee played like one of the top teams in Alabama and in the nation.

Through a flurry of thundering dunks, dominance on the glass and ownership of the paint, the Generals pummeled the stunned Indians into an 11-point first quarter deficit. The ease in which Lee was able to exact its will over the Indians came as a surprise to the packed Pinson Valley gym. The Indians had entered the night riding a 13-game winning streak and with only three losses to its name.

Yet for the first 16 minutes of the game, the Indians seemed frazzled as the Generals’ lead steadily grew and the guard tandem of Duke Miles and Demarshia Davis proved to be a formidable duo in the early stages of the game — Miles finished the night with 32 points and Davis added 17 points.

Lee would end the first quarter with a 23-12 lead. 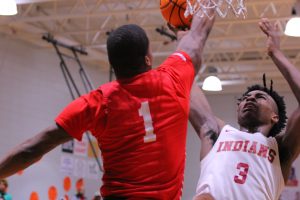 That 11-point first-quarter deficit quickly ballooned to a 17-point deficit early in the second quarter before Woods recorded five straight points followed by a Camron Scott layup that narrowed the Generals’ lead to nine points at the 2:58 mark. However, the Generals mounted a 11-2 run to take a 47-29 halftime lead.

Lee managed to hold the Indians at arm’s length throughout the early stages of the second half, but Pinson Valley regained its form and displayed the grit that propelled them to a Class 6A state championship this past season. The Indians chipped away at the Generals’ lead, cutting it down to just four points after Ga’Quincy Mckinstry’s layup with one minute left in the third quarter; however, Lee would end the quarter on a 6-0 run to head into the fourth with a 67-57 lead.

The Indians would then pull to within three points following a Woods layup with 1:55 left in the fourth quarter. The Generals managed to stave off the Indians until Woods was fouled driving to the basket with 5.9 seconds left and the Indians trailing by one point, 82-81.

Woods sank the two free throws with ease. He scored 36 points in the final 14 minutes of the game.

Following a timeout, Lee inbounded the ball and pushed quickly up the court, which set up a Jamari Smith 13-foot jumper that missed the mark as time expired, sealing the Indians’ stunning victory.

Pinson stuns Lee after the Indians rally from 18-points down and pull ahead by one point after two Kam Woods free throws in the final seconds. Indians defeat one of the top teams in the nation. @PinsonHoops @TribSportsLive @theleegenerals pic.twitter.com/7keiLBdqXa